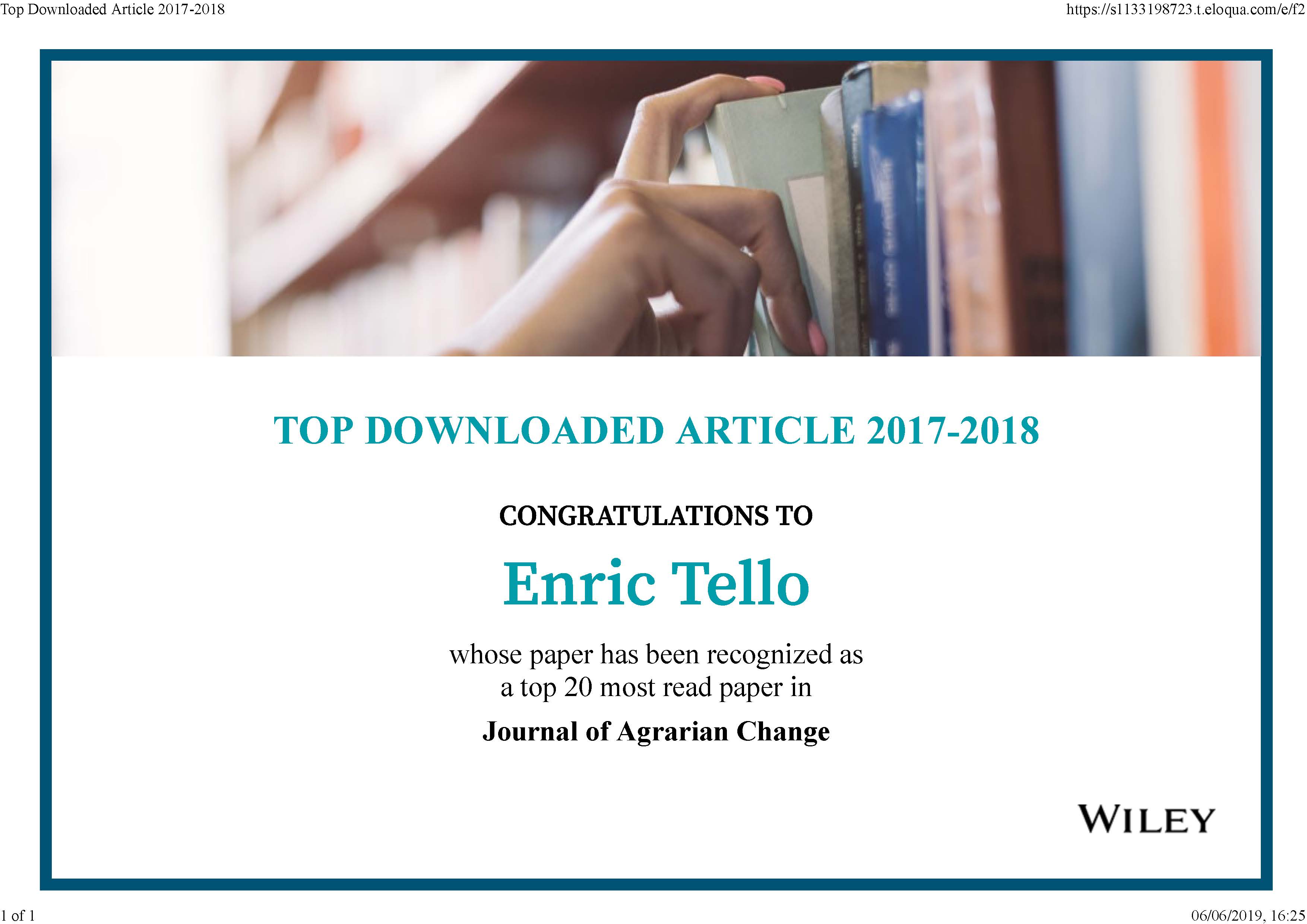 This article is a tour de force in the length of its historical durée, and in the way it combines the work of its five authors with impressive coherence. Its approach is that of political ecology which builds on, and incorporates, agrarian political economy in its framing by class relations of land and labour and, importantly also, patterns of trade (commodity exchange) and financial circuits of taxation, credit, and so on. The historical account posits a ‘long-lasting latifundist agrarian class structure’ from the thirteenth-century Catalan conquest and colonization of Mallorca through various phases and mutations with effects for landed property, peasant farming and agrarian labour until the turn of the twentieth century when liberal reforms in the nineteenth century contributed to a crisis of latifundia and a process of ‘peasantization’ – or perhaps (re)emergence of peasants who had clung on through a long series of depredations and constraints: ‘All [the] evolving farm systems and their distinct cultural landscapes were always shaped by peasants, either in times of revolt or by means of their everyday resistance… Despite their own heterogeneity, and thanks to their farming ingenuity that took advantage of site‐specific agroecological possibilities, the Mallorcan peasantry was able to endure the hoarding of land in the hands of large landowners over four centuries and to shape the contemporary landscapes of the island.’