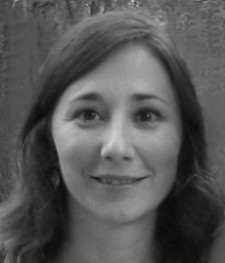 Laura Igual received her degree in Mathematics from Universitat de Valencia in 2000. During her studies she spent one year at Université de Liège (Belgium) with an Erasmus grant. She developed her Ph.D Thesis in Computer Science and Digital Communication program in the Department of Technology at the Universitat Pompeu Fabra. Her research was partially supported by the French Centre National d’Etudes Spatiales (CNES) and the company THALES (France). In 2002, she spent a semester at the Centre de Mathématiques et de Leurs Applications at l’École Normale Supérieure de Cachan (France). She obtained her Ph.D Thesis in January 2006 with Excellent Cum Laude distinction and European Doctorate mention. Since September 2006 she has been a research member at the Computer Vision Center (CVC) of Barcelona. In 2007, she obtained a “Juan de la Cierva” postdoctoral fellowship to develop her research at CVC. In 2009, she spent 6 months as a research stay at the Robotics Institute of Carnegie Mellon University funded by the “José Castillejo” grant. Since 2009, she has been a Lecturer (2009-2013) and Associate Professor (2013-present) at the Department of Mathematics and Computer Science at the Universitat de Barcelona. She is a member of the Computer Vision and Machine Learning at UB (CVML), DataScience@UB Group and a consolidated research group of Catalonia. In 2015, she did a 2 months research visit at the Oxford Centre for Functional MRI of the Brain (FMRIB) (UK). Her research interests include medical imaging analysis, computer vision, machine learning, and data science. She has participated in more than 20 national and international competitive research projects (funded by Spanish Micinn and European H2020 programs, IMSERSO, FIS, Avança, Consolider-Ingenio, La Marató de TV3),  projects with companies (Given Imaging i CNES) and with other research centers (Fundació Privada Barcelona Digital Centre Tecnològic, Hospital General de la Vall d’Hebron, Corporació Sanitària Parc Taulí, Fundació IMIM). She is a reviewer of scientific journals (MIA, JBHI, TPAMI, ) and international conference and she has been member of the program and  scientific committee of several international conferences and workshops. She is member of the Editorial Board at the International Journal of Biosciences and Technology.