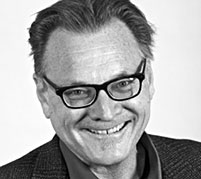 John Mohr received his PhD from Yale University in 1992. His primary interest is in the empirical study of meaning systems. His focus has been on developing applications of formal methods of relational (network) analysis to the study of discourse in institutional systems. He was originally trained as an organizational sociologist and his early work was concerned with the rise of bureaucratic forms of rationalization in the American social welfare sector (focusing in particular on Progressive Era New York City). More recently he has been active in developing programs for broadening participation in graduate education and his research has shifted to looking at how universities manage the need to pursue racial, ethnic and gender diversity in a post-affirmative action policy climate. He has also been looking at how faculty come to be engaged as change agents on their own campus, how institutional logics operate in student cultures and in the use of text mining tools to analyze rhetorical forms in National Security discourse systems. He has been a visiting professor at the New School for Social Research, the University of Rome as well at the Maison des Sciences de L’Homme in Paris. He has served as chair of the ASA section on the sociology of culture and is incoming chair of the ASA section on theory. He serves on the editorial boards of Sociological Theory, Theory and Society, Poetics and The American Journal of Cultural Sociology.

For more information you can visit his web page