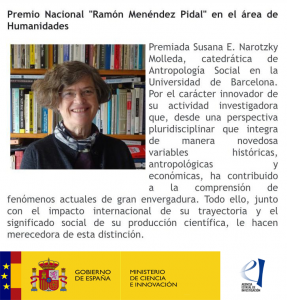 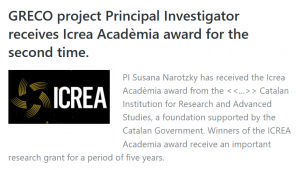 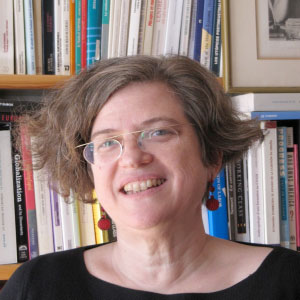 Susana Narotzky is Professor of Social Anthropology at the University of Barcelona, Spain. She studied at the University of Barcelona and at the New School for Social Research in New York, and obtained a M.A. degree in 1984 and a PhD in 1989. Recently she has been invited to be a member of the Institute for Advanced Study (School of Social Science), Princeton (2019-2020). She has been Invited Professor in the Labex TransferS, Centre Maurice Halbwachs, École Normale Supérieure, Paris (2016 ) and Hallsworth Visiting Professor of Social Sciences at the University of Manchester (2016). From 2013-2016 she was a Fellow of the Amsterdam Institute for Social Science Research, University of Amsterdam. She has been awarded the ICREA-Academia five year Fellowship twice (2010-2015 and 2016-2021) by the Institut Català de Recerca i Estudis Avançats, Generalitat de Catalunya to support her research. She has served as scientific coordinator of the project “Models and their Effects on Development paths” (MEDEA) (2009-2012) 7th FP. In 1998 she founded the Study Group on Reciprocity (GER) at the University of Barcelona that she directed until 2015. Her main research focus has been on the anthropology of work, with particular attention to unregulated production and care practices within and across generations. The recent global crisis has led her to investigate the articulation between folk models of the economy that inform practices at the micro sociological level, and expert models of the economy that frame policy, corporative and institutional behavior. Her work is inspired by theories of critical political economy, moral economies and feminist economics. She is former President of the European Association of Social Anthropology (EASA) and has served as Secretary of the American Anthropological Association.

Her most recent publications include: