In 2011, the Portuguese state was forced to ask for an international financial bailout, only months after Greece and Ireland. Around that time, a moral fable became popular across the continent, particularly in the tabloid press. It purported that the sovereign debt crisis was the direct result of these countries’ excesses during the preceding years of growth. Now the party was over and it was time to pay the bill. However, Portugal does not fit this story well. In the decade leading to the current crisis, Portugal showed low rates of economic growth. In 2003, as the Portuguese economy fell into recession, Spain and Greece were growing by 3 and 6 percent respectively. In the aftermath of the global financial crisis Portuguese governments were blamed for having promoted investment bubbles for more than thirty years, fostered the growth of an oversized public sector, and mismanaged European Structural and Cohesion Funds. Different austerity packages were implemented, announcing severe salary cuts for civil servants and generalized tax raises for ordinary citizens, which contributed to deepening the crisis.

The recent decline of the Portuguese economy has to be understood in the context of a long historical cycle. Portugal entered the second half of the 20th century mainly as an agricultural country and the center of an agonizing empire with an extremely impoverished population. Starting in the early 1930s Salazar’s authoritarian Estado Novo had established an authoritarian corporatist model in which the state exerted a tight control on all the aspects of the productive organization, from capital investments to the repressive disciplining of labor, while supporting private accumulation. In the late 1950s,  the regime sponsored an ambitious process of industrialization mostly in highly capital intensive, “strategic” branches such as steel, shipbuilding, paper mills and automobile. A very small power elite of some forty families led by an even smaller group in the banking sector controlled these firms. This was a time of incipient change as an emerging group of technocrats within Salazar’s administration, under pressure from the United States and the United Kingdom deepened the liberalization of the economy and opened the country to foreign investment. The European Free Trade Association was founded in 1959 (EFTA) and included the United Kingdom, Sweden, Austria, Denmark, Norway, Switzerland and Portugal. It was a response to the signature of the Treaty of Rome (1957) that established the European Economic Community. However the United Kingdom applied for membership into the EEC in 1961 and Portugal followed suit in 1962 applying unsuccessfully, although a trade agreement was signed in 1972. As a result of these new orientations Portugal’s trade relations with Europe increased. 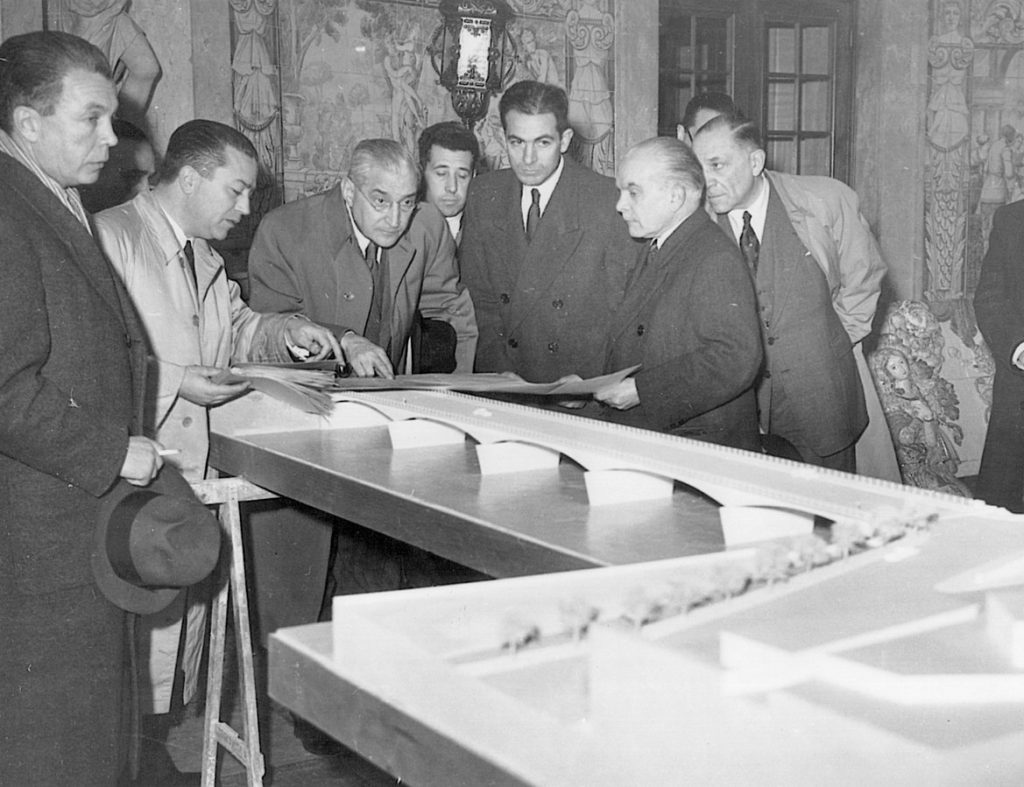 The 1960s was a period of rapid transformation, with the spawning of a vast financial-industrial complex, and unprecedented rates of economic growth although it was also the period of the last colonial war. As a result trade was reoriented toward EEC and the United States which quickly replaced the historical importance of commercial relations between Portugal and its African colonies. Portugal’s fast industrialization was based on foreign investment and the settlement of multinational companies in the emerging industrial and service sectors (steel, mechanics, automobile, electronics, chemicals, energy, telecommunications, agroindustry) while the traditional textile and shoe wear industries remained important. But the true engine of this development, Portugal’s competitive advantage, was the low cost of labor.

However, except for labor intensive industries in the north such as textiles which in 1989 still represented 15% of total employment and 37% of exports, capitalist development in Portugal implied the transformation from a strongly agricultural economy into one highly dependent on the service sector: mainly public administration, trade and tourism. The expansion of mass tourism in particular (with the conversion of Algarve or parts of Lisbon into resorts for European tourists) in alliance with an emergent construction sector, provided one of the most lucrative bases for Portuguese capital, and became one of the main sources of employment. But the 1960s was also a time of labor migration to Northern European countries, as more than two million Portuguese left the country between 1960 and 1974. Thus, the growing trade balance deficit  due to high dependence on imports and the military expenses generated by the colonial wars in Africa was offset by remittances and tourism. In fact, Portugal’s “miraculous” growth between 1963 and 1973 (at a sustained rate of more than 6 percent) is just as attributable to the development of tourism and remittances from migrants as it is to industrialization.

This period was one of huge regional and social transformation. On the one hand, capitalist development took place mostly along the Atlantic coast. This fostered a quick urbanization process and a massive internal migration wave from the rural regions to the coastal ones. In roughly a decade, Portugal’s agrarian hinterland experienced a sharp demographic decrease, becoming partially deserted and rapidly ageing, while cities experience unregulated growth. On the other hand, the colonial wars and finally the end of the colonies contributed to significant demographic movements that helped consolidate an internal market.

In the early 1970s labor unrest and social conflict increased, as the laboring classes antagonized the ruling elites in the struggle for a higher portion of the social product, and the colonial war put intolerable pressure on the military establishment and the economy. The growing crisis of representation culminated in 1974 with a left-wing military coup and the Carnation Revolution. Such a political change implied the founding of a democratic state and the end of the Portuguese empire. It was also a social revolution epitomized by the nationalization of the main companies and economic sectors, an agrarian reform affecting vast regions such as Alentejo, and important purges in the civil service and the private sector in the first transition years. Political institutions were democratized, the Social State was expanded, wages increased and reforms already underway accelerated, overall improving the living conditions of ordinary people. However, the world recession and, with the dwindling of the revolutionary moment, demands for economic stabilization (25% inflation in 1977) from international financial institutions resulted in incipient adjustment measures and recession. 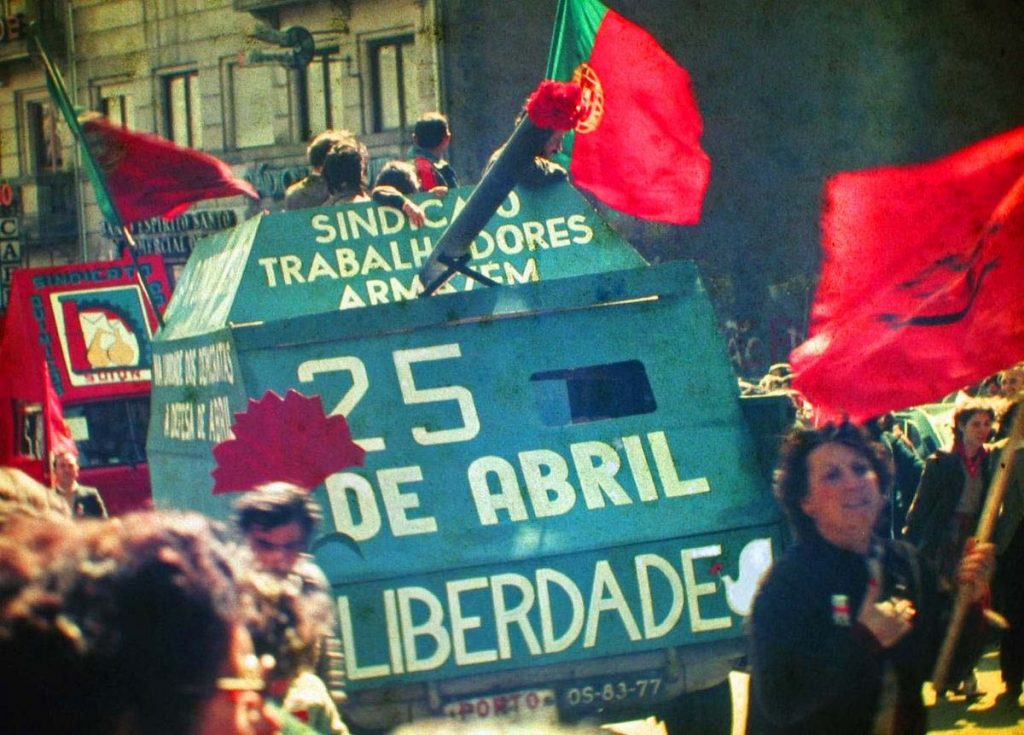 The decade-long period of stagnation and recession starting in 1976 was marked by mounting political instability, in which first social-democratic and later conservative governments gradually dismantled the reforms of the Revolution. From 1977 on entering the European Economic Community and meeting the requirements of the Maastricht Treaty agenda (fiscal control) became paramount for successive governments. Prioritizing the fight against inflation and control of budget deficits were central but transforming the constitution to allow re-privatization of nationalized assets and  further liberalizing the economy were as important goals. All the sectors and companies that had been nationalized during the revolution were re-privatized in the late 1980s and 1990s. Yet Portugal’s economy remained largely dependent on industrial sectors based on low technology and cheap labor. The opening of EU trade relations to Central Eastern Europe countries that had  comparatively lower labor costs and a skilled workforce together with increased international competition  from lower costs countries, was a blow to Portuguese economy, with the leading textile sector in the north suffering relentless downsizing. (During the same period, however, liberalization policies were coupled with a prolonged expansion of the social state and civil service employment in education, health and social security, generating fiscal deficit.

Portugal’s last period of sustained growth, in the late 1990s was triggered by the prospect of euro accession, which led to a decrease in interest rates, boosting internal demand and favoring rent-seeking activities, such as property development. However, this expansion was at the expense of the more productive sectors, which today continue to suffer from low productivity growth.  The fiscal deficit and an increasing risk premium pushed Portugal to ask for a bailout in 2011. Structural adjustment conditionality and the supervision of the “troika” resulted in a sharp polarization of wealth and a loss of national sovereignty that affected the prospects of the younger generations, the “geraçao a rasca” (generation in trouble). 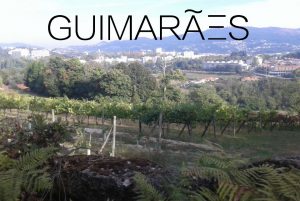 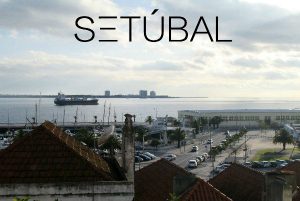