A prostate drug, Terazosin, can protect brain cells to slow the progression of Parkinson’s disease

Parkinson’s disease (PD) is a disorder of old age with characteristic impairments of movement. Usually, the four primary symptoms are hand trembling, limb stiffness, slowness, and impaired balance. With progression of disease, patients may also experience dementia, become dependent and bedridden. Since the main symptoms are due to the degeneration and loss of brain nerve cells using the signalling molecule dopamine, efforts of pharmacological substitution with L-DOPA, dopamine agonists and anti-cholinergics or electrophysiological substitution after surgery (Deep Brain Stimulation) can reduce PD symptoms, but they do not cure or delay disease progression.

A new study published in Journal of Clinical Investigation describes a new pharmacological treatment to protect dopamine-producing brain cells in people affected by PD. The new research counts on the participation of Antonella Consiglio and Irene Fernandez, from the Stem Cell and Neurodegeneration Group of the Faculty of Medicine and Health Sciences of the University of Barcelona, the Institute of Biomedicine of the UB (IBUB) and the Bellvitge Biomedical Research Institute (IDIBELL), and Angel Raya, from the Center of Regenerative Medicine in Barcelona (CMR[B]-IDIBELL), in collaboration with researchers from Beihang University (Beijing, China) and the University of Iowa (United States).

In a previous study, the research group from Bejing, directed by Dr. Lei Liu identified terazosin  (TZ)- a commonly used drug used for treating benign prostatic hyperplasia and hypertension- bond and activates phosphoglycerate kinase 1 (PGK1), the first ATP-generating enzyme in glycolysis, and therefore it increases ATP levels and mitochondrial biogenesis in vitro and in vivo.

Since reduced ATP levels and mitochondrial biogenesis as well as impaired glycolysis functions have been reported in PD, the researchers in this study used TZ as a potential drug to attenuate PD-related pathologies through PGK1-mediated mechanisms.

Interestingly, they found that the prostate drug was able to slow the loss of brain cells in various models of Parkinson’s disease, including a human iPSC-based model and mice. In addition to studying the potential of terazosin in the lab, the researchers also looked at existing data from those taking the drug.

By comparing data from 150,000 people treated for an enlarged prostate – where half were on drugs such as terazosin and half were on alternative medication that didn’t affect PGK1 – they found that those on terazosin were less likely to develop Parkinson’s.

Existing data from people with Parkinson’s who have been treated for an enlarged prostate was also used in the study. And the researchers found that those treated with terazosin seemed to have less severe symptoms and slower progression of their Parkinson’s.

Overall, this study reported a novel application of TZ for treating PD that could have a possibility for clinical translation. 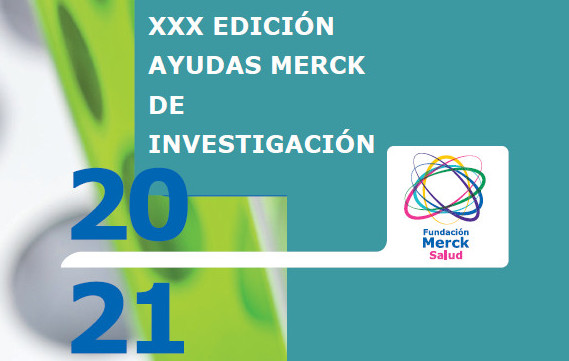 Merck Prize awarded to Laura Herrero Ph.D. by the Merck Salud Foundation in the Endocrinology and Cardiometabolic Risk section