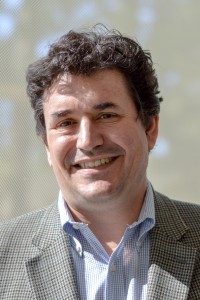 Dr. Beramendi is an Associate Professor of Political Science (Political Economy) at Duke University. He is also an Associate Member of Nuffield College, University of Oxford, and a Research Associate at the Instituto Juan March-Carlos III in Madrid, and the CAGE (Center for Competitive Advantage in the Global Economy), University of Warwick. His work focuses on different aspects of the political economy of inequality and redistribution.

Dr. Beramendi has paid particular attention to the territorial dimension of distributive conflicts, trying to understand why some political unions redistribute more than others around the world. A second line of work focuses on the origins of the fiscal capacity of the state and its implications for distributive politics today. Within this line of inquiry, he is particularly interested in the causes and consequences of different tax structures across space and time. Dr. Beramendi has a long standing interest in the linkages between economic and political inequalities, particularly focused on the political economy of electoral turnout. Finally, he has recently started a new project on the political determinants of income mobility.

The researcher will be at the Faculty of Economics and Business from the end of May until June and will participate in the events and activities of the research group.