Participants in the round tables

Models and theories of knowledge about education in our world 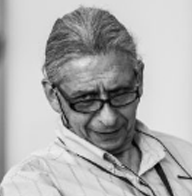 He is a Professor of Anthropology in Education at the School of Education at the Hebrew University of Jerusalem and is a researcher at the Harry S. Truman Research Institute for Peace at the same university.
His main interests are the study of cultural, ethnic and national identity, including identity processes and negotiation during intercultural encounters and in formal/informal learning contexts. He is particularly interested in how concepts such as culture and identity are created with regard to issues of social justice, intercultural education and for peace and citizen education. In addition to publishing several documents in various academic journals, Bekerman is the founding editor of the peer-reviewed magazine Diaspora, Indigenous peoples and education for minorities: an international journal.
Amongst his most recent books: Bekerman, Z., and Zembylas, M. (2017). Psychological language in education: denaturing a real regime, Palgrave Macmillan - Springer; Bekerman, Zvi (2016), The promise of an integrated and multicultural bilingual education: Palestinian and Arab schools included in Israel, Oxford University Press, 2016; Bekerman, Zvi and Michalinos Zembylas (2012), teaching the narratives responding to identity, memory and reconciliation in education for peace and beyond. London, Cambridge University Press; and Bekerman, Zvi; Geisen, Thomas (eds.) (2012) International Manual on Migrations, Minorities and Education. Understanding cultural and social differences in learning processes. New York: Springer. Claire McGlynn, Michalinos Zembylas and Zvi Bekerman (ed.) (2013) Education integrated in conflicting societies. Palgrave, Mcmillan. 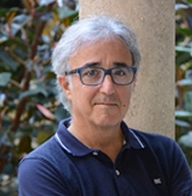 General Coordinator of the Educational Training and Pedagogical Innovation Research Group (FODIP). He has been the Director of the PhD program of Education and Society of the Universitat de Barcelona. He is currently Deputy Rector of research, innovation and improvement of teaching and learning at the UB. 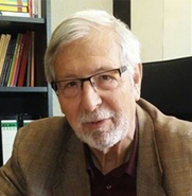 Coordinator and Professor of the Specialty of Teaching and e-Learning (EAE) at the Universidad de Alcalá de Henares. Master's degree in Multidisciplinary Informatics. Director of Edition in RED. Magazine of Distance Education and University Teaching. Researcher and Member of the Scientific Council of the Interuniversity Institute of International Economy. 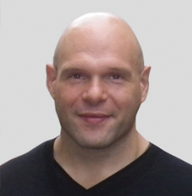 Professor of the Faculty of Education at the Universitat de Barcelona and Pedagogue. He teaches in the field of International Pedagogy, Education for Equity and Sustainable Development in the Degree of Pedagogy. He is a member of the Research Group on Pedagogical and Social Thought (GREPPS) at the Universitat de Barcelona, a group devoted mainly to the History of Education and Pedagogical Thought on the basis that it is close to concepts, ideas and educational discourses with the aim of rethinking current education from a historical, international and comparative perspective.
Collaborates with educational centres, entities and public administrations in the design, implementation and evaluation of projects of educational improvement and change.

Researching in the digital, intercultural and glocal society 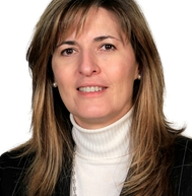 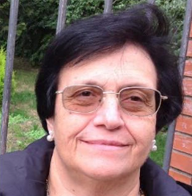 Tenured Member of the Royal Academy of Doctors, and in 2013, joined as a relevant member in the Royal Academy of Medicine of Catalonia. She has been the President of the Deontological Commission of the Association of Psychologists of Catalonia (2006-2010), President of the Spanish Association of Behavioural Methodology (AEMCCO) (2007-2011), and Vice-Secretary of the European Association of Methodology (EAM).
She has been the Secretary of the Faculty of Psychology, Head of Degree of Psychology Studies, Director of the Department of Methodology of Behavioural Sciences, responsible for the Research Section of the ICE of the Universitat de Barcelona, Vice-Rector of Scientific Policy at the Universitat de Barcelona (November 2008 - January 2010), and Vice-Rector of Educational and Scientific Policy at the Universitat de Barcelona (January 2010 - December 2012). She has been a member of the Steering Committee (Doctorate) of the United States, and since January 2013, she has held the functions of Rector for the relations of the Universitat de Barcelona with Arab universities that are members of AECHE (Arab-European Conference of Higher Education). 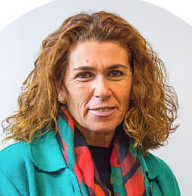 Professor of the Department of Didactics and Educational Organization of the Universitat de Barcelona. Coordinator of the Consolidated Research Group ESBRINA -Subjectivities and Contemporary Educational Environments (ESBRINA- 2107 SGR-1248). Coordinator of the Doctorate Education Program and Society of the Faculty of Education at the Universitat de Barcelona. Member of Indaga-t, Consolidated Educational Innovation Group that favours Inquiry (Indaga-t - GINDOC-UB / 087), and of REUNI + D, University Network of Research and Educational Innovation. Social Changes and Challenges for Education in the Digital Era (REUNI + D, EDU2015-68718-REDT). For the last 30 years, her teaching and research activity focuses on the study of educational environments and the processes of teaching and learning enabled by digital technologies. 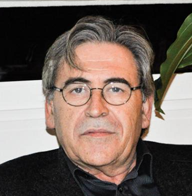 Technology, social and political crises: Challenges for education and learning 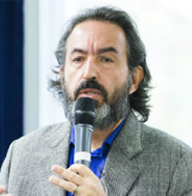 Associate Professor, Department of Cinema, Radio and Television, School of Communication and Arts at the Universidade de São Paulo.
He is a Doctor (1993) in Economics at the Universidad Estatal de Campinas. He developed postdoctoral activities as a visiting professor at the Centre for Research in International Relations (Nupri) at the USP (1997-1999) and at the Institute for Advanced Studies of the USP (1999-2005). Since 2005, he has been a Professor at the Department of Cinema, Radio and TV at the School of Communications and Arts (ECA) of the USP. Since 2015, he has been a member of the economy of audio-visual. He was a member of the Institute of Economies in Development at the Ministry of Industry and International Trade of Japan and the Network Culture Project of the Annenberg School for Communications at the University of Southern California.
Member of the IAEA's sabbatical year’s program in 2017 with the project ``Mil Clicks”: Fun monetisation, Net City and digital interruptions in the theory of value. The scope of the work is to carry out theoretical research, collaborative audio-visual production and software development. The study will follow a practical case of creative monetization, through the social media campaign Mil Clicks, created and coordinated by the researcher in collaboration with UNESCO. The implementation of the campaign began during the Global Mil Week (from 2 to 6 November 2016); an activity linked to the UNESCO General Assembly on media literacy and informational literacy. 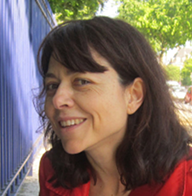 Coordinator of the Research Group on socio-educational interventions in children and youth (GRISIJ). Professor of the Department MIDE of the Universitat de Barcelona. She is a member of several scientific associations and participates in other international networks such as APFEL or the Foster Care Research Network.
The interest and experience of the components of the group means that an interdisciplinary team with a theoretical-practical perspective was set up that helped to become aware of these needs and initiate a process of investigation of responses. In this way, the GRISIJ group emerges with the main objective of creating frameworks of scientific reference and transforming them into resources for socio-educational action that helps the child in a situation of lack of protection. 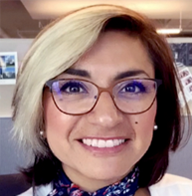 Associate Professor of Educational Technology of the Department of Didactics and School Organization at the Universidad de Murcia. Graduated in Pedagogy from the Universidad de Murcia and Doctor in Educational Technology from the Universitat de les Illes Balears, Professor Castañeda focuses her research and teaching on the implementation and impact of technologies on educational models, processes and practices. Her current portfolio of research includes critical perspectives on educational technology, competencies for the digital age (definition and development), professional teaching development in the digital world, emerging pedagogies and personal learning environments (PLE). She has participated in numerous national and international projects and has been a speaker in several international events on Educational Technology. 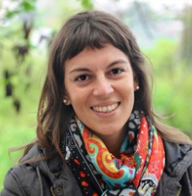 Doctor in Social Psychology and Master in Research in Social Psychology from the Universitat Autonóma de Barcelona. Full Academician of the Faculty of Social Sciences and Education, Universidad Andrés Bello. She has studied the transformations of work in different sectors of the public sector, especially in the area of education and in the development of qualitative research methodologies for the study of the subjective and everyday dimension of the reorganization of work and educational research. She completed her postdoctoral studies on Higher Education policies and a reorganization of the Academic Post at the School of Psychology at the Pontificia Universidad Católica de Valparaíso and is currently conducting a Fondecyt entitled ``Scientific work in Chile: Instruments of public action, daily practices and work identities`` funded by the National Commission for Research, Science and Technology (CONICYT). In addition, she is the coordinator of the Research Centre for Inclusive Education and RED ESTRADA (Latin American Network of Teaching).

Questions about gender research in Education 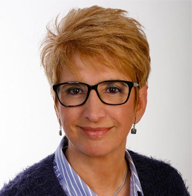 Psychologist, Pedagogue and Doctor in Philosophy and Education Sciences. She founded and coordinated GREDIDona, the research area on feminism and gender violence of the Intercultural Education research group of the Universitat de Barcelona. Deputy Rector for Gender Equality at the Universitat de Barcelona (2014-2018). Since then, she has directed a multitude of local, State and international projects on her line of research. She has developed the first gender violence prevention program commissioned by Fundación la Caixa, which has been applied throughout the State. Impact author with a large number of books and scientific articles. Awareness-raising and committed disseminator, she has a wide presence in the media, civic and political organizations. She has also been and is an untiring organizer of congresses, conferences and seminars where the transfer of knowledge and innovation are ever-present. 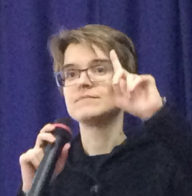 Vice-president of the Association of Women Researchers and Technologists of Catalonia (AMIT-Cat). Doctor in Nanosciences (2009) by the Universitat de Barcelona. Professor of the Department of Electronics and Biomedical Engineering of the UB since 2014. Spectroscopy Specialist in Electron Energy Loss (EELS) and Electronic Transmission Microscopy (TEM), she develops her research work in the LENS-MIND group of the Department of Electronics and Biomedical Engineering. She is a member of the Institute of Nanoscience and Nanotechnology of the UB (IN2UB) and the Interuniversity Institute for Women and Gender Studies. She is part of the e-Lindo educational innovation group, and participates in various initiatives for the dissemination of Electronic Microscopy and Nanosciences. Since 2015, she has presided over the Equality Commission of the Faculty of Physics at the UB. 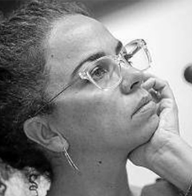 Doctor in interdisciplinary gender studies and expert in gender and human rights violence.
Representative of the CEDAW Sombra Platform (2015-2018).
One of the authors of the Amnesty International report ``It's time you believe me`` on sexual violence in Spain.
Consultant and adviser in different NGOs.
She has participated in numerous television debates and journalistic contributions on issues of violence against women.
She is currently an adviser to the Secretary of State for Equality. 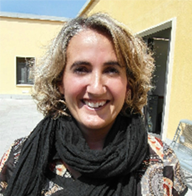 Associate Professor of the Serra Húnter programme at the Faculty of Education at the UB and Social Educator. She teaches in the field of Human Rights and Theory of Education in the Degrees of Social Education and Pedagogy and in the Master entitled Education in Values and Citizenship. She is a member of the GREM UB research group, where she develops different lines of research related to education on values, service learning and women, and social inclusion. She has worked as an educator in projects for the care of women that are victims of trafficking. Consultant and adviser of NGOs in the care of women in contexts of prostitution and women that are victims of trafficking in Spain and Latin America. Currently, she develops with other colleagues of GREM the line of pedagogy of “Women and Social Inclusion”. 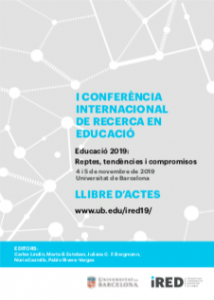