This project aims to study the diversification of the spider genus Dysdera in the Canary Islands. We will investigate the genomic basis of the adaptation of several species of this group to feed preferentially (facultatively or even obligatory) woodlice, a clear example of convergent phenotypic evolution associated with a specialist diet). We will also use this case example to gain insight into the molecular evolution of some important gene families in chelicerates, such as those encoding the molecular components of the chemosensory system and the venom in these spiders.

The project will generate high-quality genomic data based on third-generation sequencing platforms, which will be the source to carry out comparative and population genomic studies in five endemic Dysdera species from the Canary Islands as well as one continental species. The produced assemblies, obtained on a chromosomal scale, will allow us characterizing the adaptive genomic architecture of this extraordinary radiation while provide new and valuable knowledge on the evolutionary genomics of ecological adaptations and the repetitiveness of evolution. Furthermore, these new data are a great opportunity to accurately characterize important gene families and repetitive elements for the first time in high-quality chelicerate genomes. For the analysis, we will develop, implement, and apply bioinformatics tools and specific software for the manipulation and analysis of massive sequencing data; the new developed tools will be especially useful for researches working on non-model organisms. 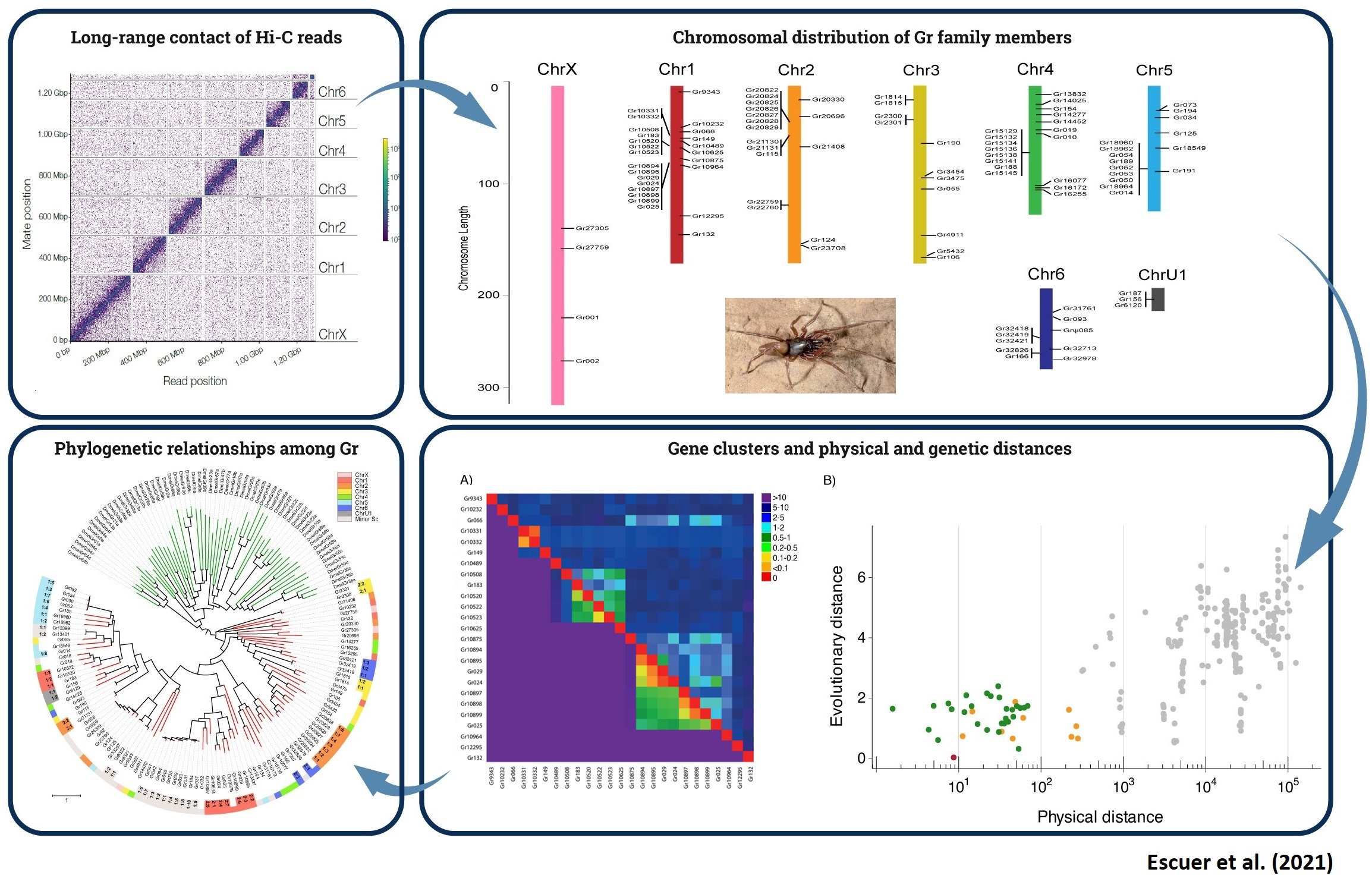 The postdoc will participate in the assembly, identification, annotation and evolutionary (comparative and population) genomic analysis using data from complete (including chromosome-level) genomes. For that, he/she will use high quality genome sequences, bioinformatics tools (software and scripts to manipulate and visualizate sequences and genomic annotations, to identify gene family copies). The data will be analyse using phylogenetic and evolutionary genetic methods, under the theoretical framework of population genetics and molecular evolution. Many of these analyses will be carried out in our high performance computer cluster.

Knowledge about comparative genomics and phylogenetics, and/or on NGS data handling, assembly and analysis. Experience with Linux operating systems, and some programing languages commonly used in bioinformatics (Perl, Python, R) are desirable.

Software developed in the research group:

Publications of the EGB research group: