Citizen Science in Action aims to demonstrate the potential of libraries and of their professionals to promote citizen science initiatives. It enhances the natural role of facilitators that library professionals already have, empowering them with new knowledge, strategies and tools to promote citizen science initiatives from libraries. At the same time, it implies the local social fabric in the search for solutions to local problems through the co-creation of a collective research, “Jocs per l’Habitatge” (Games for Housing). 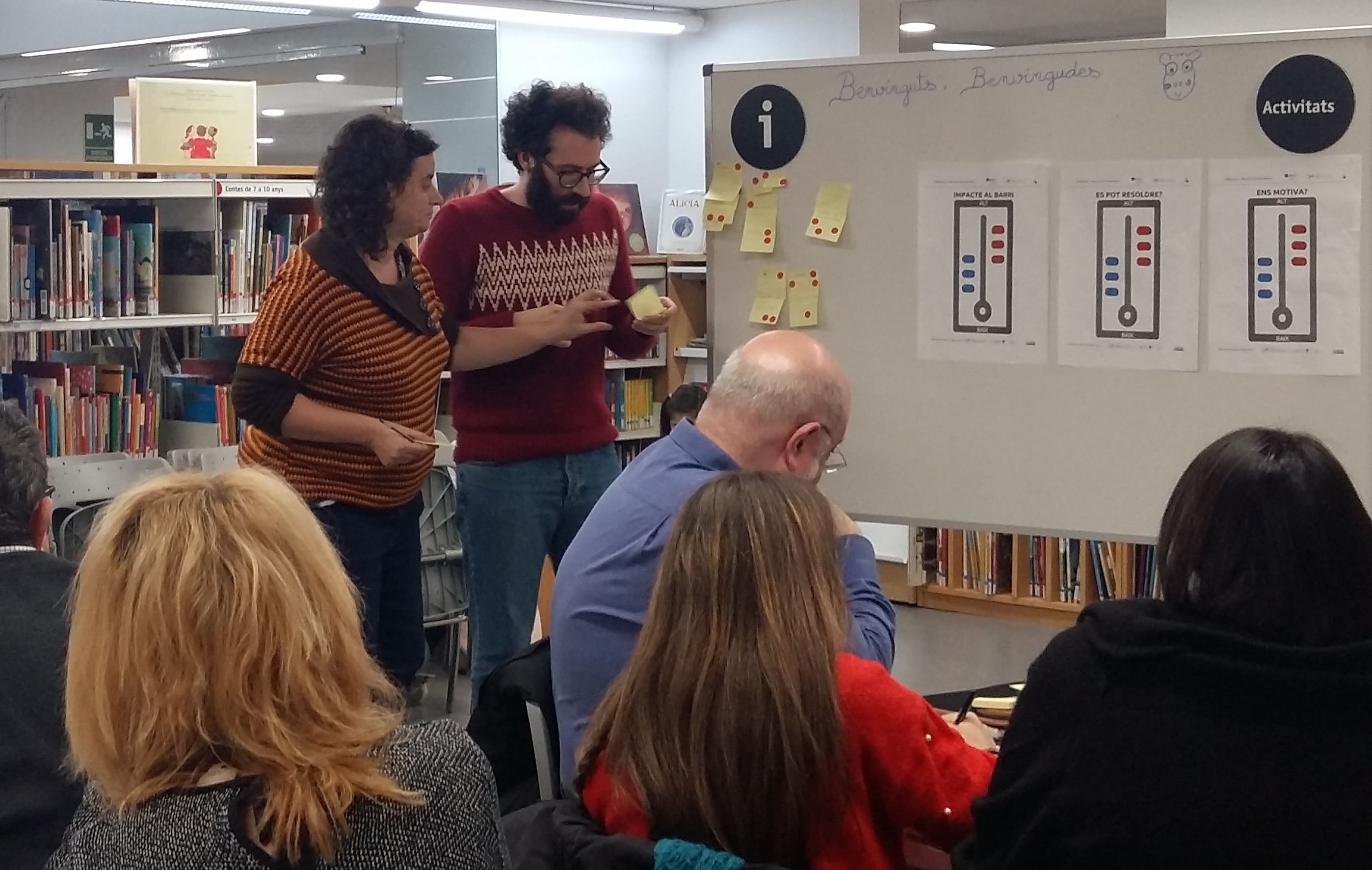 Science and Citizen Action is an essentially practical exercise in order to deploy a common and consensual research for the social change of the municipalities of the participating libraries. Through face-to-face sessions and non-face-to-face work, professionals from the libraries of three municipalities become familiar with an innovative process of co-creation of citizen science experiments. Accompanied by OpenSystems researchers, this new knowledge is put into practice through the organization of co-creation activities with library users.

Jocs per l’Habitatge (Games for Housing) is the result of this co-creation process with users and professionals from the municipal libraries of Olesa de Montserrat, Granollers and Fort Pienc (Barcelona). Between November 2018 and March 2019, 3 co-creation sessions are held to cover the entire co-creation process of a citizen science research for social change: 1) Identification of social concern; 2) Formulation of the research question and 3) Conceptualization and planning of the intervention in the public space. In each municipality, an open motor group is participating, formed by users of the libraries and several representatives of the social fabric (associations and people involved). Diversity and inclusion have been fostered to ensure greater representativeness in terms of age, gender and all the groups in the municipalities.

The contributions of the three motor groups have made it possible to identify a shared concern: access to housing. Based on this concern, several research questions have been agreed upon, which have been the starting point for the conceptualization of an intervention in the public space of each municipality, called “Jocs per l’Habitatge” (Games for Housing). The results of the game provide new scientific data on access to housing, obtained with the conscious and thoughtful participation of citizens. These scientific data are interpreted collectively and give rise to new proposals for improving access to housing by citizens, based on different realities and local perceptions.

The Citizen Science Laboratory consists of the training of 30 professionals from the Municipal Libraries Network of Diputació de Barcelona to launch citizen science projects. As a practical exercise, a publication is collaboratively constructed that includes a collection of citizen science projects adapted to users of any network library and tested by library professionals. 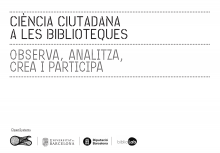 The publication “Citizen Science in Libraries” is available in Zenodo. Download it! Librarians propose 10 multidisciplinary citizen science projects adapted to the particularities and environment of the participating towns. The document gathers the experience of the “Citizen Science Laboratory” course, given out by OpenSystems, and serves as a starting point to establish complicities between citizen science and public libraries. 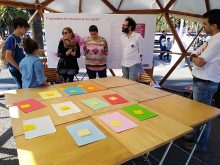 "Games for Housing" participates in the Science Festival

On October 26 and 27, Barcelona organizes the 13th edition of the Science Festival with almost 200 activities to make current topics of scientific research available to anyone. Citizen science is also present. Julià Vicens and Anna Cigarini from OpenSystems talk with the audience about the results obtained with the “Games for Housing” session at Fort Pienc Square. The librarian and facilitator of the co-creation sessions at the Fort Pienc Library, Sonia Rodríguez, also participates to the activity. 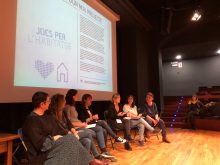 "Citizen Science in Action": Presentation of the project’s results

Francesca Bonnemaison Library hosts the presentation of the publication “Citizen Science in Libraries” carried out by Josep Perelló, Anna Cigarini and Isabelle Bonhoure from OpenSystems and the involved librarians. The document gathers the main conclusions of the “Citizen Science in Action” project and puts a special focus on a new role of public libraries, as spaces both to introduce citizen science projects and to co-create new citizen science projects from the beginning. 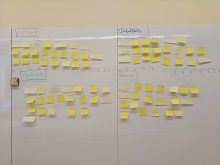 The last session of the Citizen Science Laboratory brings together library professionals from 23 municipalities of the Diputació de Barcelona. Together, we debate on opportunities and challenges that come up with the new idea of converting libraries into community hubs and spaces for the promotion of citizen science. 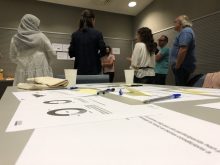 New data to analyze and interpret comes out from each intervention in the street. The city of Granollers, with two public libraries and more than 60,000 inhabitants, analyzes and connects the data obtained in order to generate new proposals on access to housing.