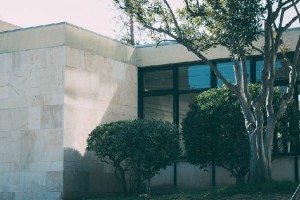 The Faculty of Economics and Business at the University of Barcelona holds a strong position among the top economic institutions in the world. It has been ranked 216th out of 7,576 in the RePEc/IDEAS rankings of June 2018. This means that the Faculty is among a leading group of universities in the top 3% of the table. Looking at institutes and research groups individually, the Research Institute of Applied Economics (IREA) is ranked among the top 8%, while the Regional Quantitative Analysis Group (AQR) occupies a position among the top 9% and the Barcelona Institute of Economics (IEB) among the top 10%. .

The three main areas in which research is organised at the Faculty of Economics and Business also perform well in these rankings. The Faculty has been ranked among the top 50 economic institutions in the world in five subareas. As for Growth, Trade and Spatial Economics, it stands out for Economic Geography (15th) and Urban and Real Estate (26th). The Public Economics and Policy Analysis area at the Faculty of Economics and Business has brought the subarea of Transport Economics to the 20th position. On the other hand, the Behaviour, Games and Risk area managed to put the Microeconomic European Issues subarea in the 31st position. Finally, the Faculty has been ranked 24th for Tourism Economics.

Our researchers also hold positions in the upper echelons of the ranking when we look at the publications of the 10 most recent years. Germà Bel is the highest ranked author. He is among the top 4% authors, followed by Josep Lluís Carrion-i-Silvestre, Lídia Farré, Raul Ramos and Vicente Royuela (top 6%), Xavier Fageda   (top 7%), Marta Gómez-Puig (top 8%), Elisabet Viladecans-Marsal (top 9%), and Santiago Sánchez-Pages and Albert Solé-Ollé (top 10%).

The RePEc/IDEAS rankings cover journal articles, books, book chapters, working papers and software components that are indexed in Research Papers in Economics (RePEc). There are currently 7,576 institutions with 53,227 registered authors evaluated for all the rankings.