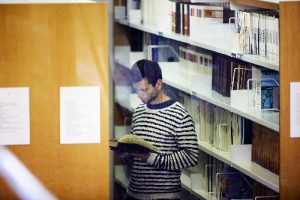 Nicolas Gonzalez-Pampillon joined the What Works Centre for Local Economic Growth, run by the LSE, Centre for Cities, and Arup. “I am really pleased with my placement”, he commented. Gonzalez-Pampillon highlights that everything he did during the PhD worked in favour of his candidature for the post, including the seminars he attended, the interaction with other researchers, the clarity and quality of the presentation and the job market paper.

Hoon Choi has been recruited by the BK21+ Korean Economy Group at the Department of Economics at KU. “I think that my PhD at the University of Barcelona was very helpful for me to get this job”, he explained. Choi added that “I am happy with my placement”.

Francisco Cavalcanti currently works at the Department of Economics at PUC-Rio. He is now involved in different projects on Brazilian Political Economy and defines his experience as very positive. “Ideally, I see myself doing my post-doc until July 2020 and then moving to a permanent position in the academia”, he explained. “I left Barcelona with the feeling the PhD pushed me to territories beyond my limits, and I am so grateful for that”, he added. On this matter, Cavalcanti said that the PhD in Economics was a milestone in his professional career. “It was the most intense years of my life that allowed me to learn and share knowledge with many researchers who I hold in enormous admiration”, he stated.

Jorge Mario Uribe joined the Department of Economics at Univalle. “The PhD allowed me to substantially increase the scope and quality of my work, and helped me to improve my academic profile in a significant way”, he commented. During those years Uribe managed to tackle interesting research questions in Financial Economics and published his results in well-known high-impact journals in Economics and Finance. “In sum, the PhD helped me to improve my academic profile, and the wellbeing conditions at my current academic position, and I am sure it also will allow me to pursue even higher goals in terms of international projection and recognition in my field”, he concluded.

Maximilian Holst is working at México Evalúa, an independent think tank that provides evidence on the quality and effectiveness of public policies in Mexico. “I believe that the PhD helped me to get to this senior researcher position and I was hired mainly because of the knowledge I acquired during the MSc and PhD at the University of Barcelona. I’m happy I found a job where I am able to employ my econometrics, spatial analysis and impact evaluation skills on a daily basis”, he explained. Holst added that he will also start as a lecturer at the Universidad Anáhuac in January.