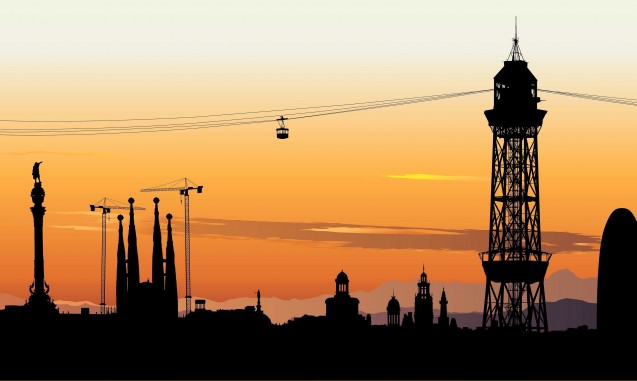 Ageing is a European and urban challenge. Consequently, it is also a challenge for cities. This is the principle behind Vincles BCN, the project that won the first European edition of Mayors Challenge. The competition is organized by Bloomberg Philanthropies – a foundation presided over by Michael Bloomberg, former mayor of New York – and recognizes ideas designed to solve the main challenges facing cities, such as youth unemployment, citizen participation, the environment, public safety or population ageing. Barcelona City Council, the entity behind the winning competition entry, set out to meet the goal of reducing the social isolation of elderly people.

One in five inhabitants of Barcelona is currently over 65 years old. Around one hundred thousand inhabitants are over 80 and a third of those who are over 65 live alone. In a quarter of a century, this population segment is expected to have grown even more. To ensure the highest level of independence and safety among elderly people, the Council has launched a telecare service and the Radars project. Vincles BCN will extend the network of municipal support for the elderly. The programme’s main innovation is that it combines public and personal care.

Family, friends, public sector employees and volunteers will be connected with each other and with the user

The project consists in an app for mobile devices that will help elderly people to keep in touch with their circle of relations and with social or health care services. Family, friends, public sector employees and volunteers will be connected with each other and with the user, who will be able to select who they want in their network. The system will be available to elderly people who live alone, and to people who have some physical or mental limitations. Given the user profile, a very simple design has been selected that is easy to understand. Tools and training will be provided to help the users to work the program.

Initially, a pilot test will be carried out with 20 elderly people. Early in 2015, the number will be increased to 200 participants, who will preferably be users of the municipal telecare service. Eventually, the aim is to extend the project to 20,000 people. To achieve this, 20,000 networks will need to be created, with the involvement of around 100,000 people. The idea is an initiative of Barcelona City Council’s Quality of Life, Equality and Sports Department. The application was created by the Council’s social services technical team led by Àngel Miret and, in particular, by Josep Maria Miró, the department’s head of new technologies.

In the Mayors Challenge, one hundred and fifty-five entries competed for the first prize of five million euros, which must be invested in the development and implementation of the project. The runners up were the cities of Athens (Greece), Kirklees (England), Stockholm (Sweden) and Warsaw (Poland), who will each receive a million euros. Barcelona will transfer the Vincles BCN technology to all towns who wish to adopt and improve it.