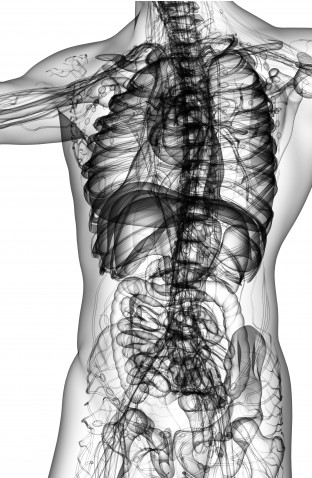 When an organ deteriorates and can no longer function properly it may need to be replaced. However, there is only a limited supply of natural organs, and these are not always compatible with transplant recipients, whose bodies may reject a transplant as foreign material. The most promising alternative is the creation of artificial systems using biological materials and the patient’s own cells. Such systems would need to attain the functional capacity of the organ they replace, and adapt to the specific conditions of each individual. We are still far from producing a full-scale heart that can exactly replicate the biological processes of a real heart. But it does not seem inconceivable. Some steps have already been taken towards making tailor-made organs a reality one day.

Three-dimensional printing is a set of technologies for creating three-dimensional objects from the superposition of layers of materials that may have different characteristics and properties. The first applications of 3D printing in regenerative medicine were the production of solid prostheses from materials such as plastics, ceramics or titanium. With this technology, prosthetic parts can be adapted exactly to the needs of each patient, with a level of personalization that is unfeasible in industrial production. Although printed artificial parts are easier to integrate than conventional ones, they are not free of complications. So the logical development of three-dimensional printing in medicine should be the creation of structures that have the biological capacity to be integrated into a recipient’s body.

From printing to bioprinting

Bioprinting consists of using materials that are biocompatible and therefore not rejected by an organism, populated with a patient’s cells, which also helps to prevent rejection. Biomaterials act as a receptacle for cells. Once the organ has been implanted, the cells reproduce until they fill all the required area. This includes the space that was initially occupied by the biomaterials, which are biodegradable and therefore gradually disintegrate until they disappear altogether. Currently, there are two organ printing techniques. In the most common method, a polymer-based structure is created that is then repopulated by cells in a bioreactor. In the other technique, organs are printed layer by layer, in other words, the product that comes out of the printer already includes the cell culture. In both cases, the material used as the base for the cells disintegrates.

Directed by Anthony Atala, Wake Forest Institute For Regenerative Medicine in Winston-Salem has used living cells to produce systems that are similar to kidneys. However, the kidney’s biological processes have not been replicated. Therefore, the systems are basic prototypes with no functional capacity. In fact, the main difficulty in 3D organ printing is how to imitate vascularization – the process of forming blood vessels to transport nutrients to the cells. Researchers have not yet managed to create blood vessels and make them grow so that they can irrigate the entire organ.

Jennifer Lewis’s team at Wyss Institute for Biologically Inspired Engineering, Harvard University, have made some progress in this area. They have developed a technique for printing tissues with potentially functional blood vessels and multiple cell types. The finding opens the way for structures that are a little closer to the complexity of the human body. In fact, the first tissues using 3D printing technology have already been produced and the startup firm Organovo is marketing printed liver tissues that imitate the liver’s activity fairly reliably. The product is not suitable for clinical medicine, but it can be used in drug trials. Each strip of tissue is 0.5 millimetres thick, which is equivalent to twenty superimposed layers of cells, and it can survive for forty-two days.

This is longer than the survival time of the 2D cell culture systems that have traditionally been used in the pharmacological industry. Furthermore, the results obtained in trials with the samples seem to be as reliable as those with native tissues. The main challenge of bioprinting is therefore to scale up the tissues that are already being created, and discover how to incorporate vascular systems into complex artificial organs.

There are alternatives to 3D printing for creating artificial organs. One is the decellularization of natural organs: donations that have been rejected for transplants are kept, decellularized and then repopulated with the recipient’s cells. This technique has also been tested with porous materials, with promising results. Takanori Takebe, from Yokohama National University, has generated liver tissue from a culture of induced pluripotent stem cells. Various other research teams have produced human organs on chips that replicate the functional activity of natural organs.

We can already recreate structures that are fairly basic. But we are still far from producing complex organs

3D printing may well be the fastest and cheapest method. However, first it must be developed up to the point that its supporters envisage, which will be in twenty-five to thirty years at the earliest. Meanwhile, we will find other healthcare applications for this technology. For example, productions of bone prostheses, coronary stents, heart valves, microneedles, dental implants, receptacles for the growth of cells and tissues, samples for experimentation and models of tumours for testing surgical interventions. We can already recreate structures that are fairly basic. But we are still far from producing complex, complete organs artificially.