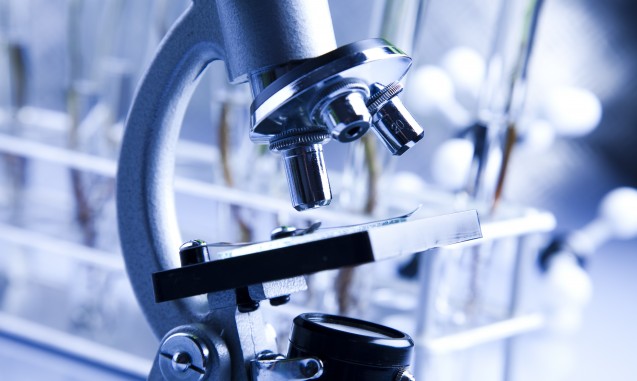 Colon (or colorectal) cancer is one of the most common types of cancer and a major cause of ill health. It affects both sexes and usually develops in people who are 50 or older, becoming more frequent with increasing age. As a result, colon cancer is associated with ageing, but it can also appear at earlier stages of life. This second set of cases is the one that appears to be explained by hereditary genetic factors. The biologist Sergi Castellví-Bel has been working for several years to identify the mutations that predispose a person to this type of cancer. He is part of the team in Gastrointestinal and Pancreatic Oncology at the Agustí Pi i Sunyer Biomedical Research Institute (IDIBAPS) and he is also leader of the Action BM1206 project, which is part of the COST programme, a European initiative to combat colon cancer.

How prevalent is colon cancer today?

According to the global project GLOBOCAN (which provides estimates for 184 countries of the incidence, mortality and prevalence of the major types of cancer), colon cancer represented the highest number of new cases in the European Union two years ago. Now it is third and prostate cancer holds the top position, followed very closely by breast cancer.

Why has colon cancer fallen in the rankings?

I think the ranking has changed since Croatia became a member of the EU. You can see a modest decline in the incidence of colon cancer in developed countries as a result of prevention efforts. However, at a global level, the incidence of this particular type of cancer—and undoubtedly of other types as well—will rise because it’s still on the increase in underdeveloped and developing countries.

Has greater life expectancy led to unwanted effects, such as a rise in the proportion of cancers associated with ageing?

And that is why it’s necessary to implement policies focused on prevention and early detection. Right now there is a screening programme in Barcelona and everyone between the ages of 50 and 69, the period of greatest risk, can take part.

What does the programme involve?

Participants are asked to take a faecal occult blood test. This is a very simple process that involves collecting a small stool sample and analysing it in the lab. If there are no signs of blood, the participant is unlikely to be developing colon cancer. If the result is positive, though, it doesn’t necessarily mean that the participant has colon cancer. It could be from benign lesions like polyps. When blood is detected, the participant is asked to do a colonoscopy, which is an exploration of the inside of the bowel. This test is much more invasive, which is why it’s not recommended for everyone.

Does detecting cancer at early stages increase the effectiveness of treatments?

I think this programme is still in development, so we don’t yet have definitive results to confirm the improvement. But obviously, yes; we’re reaching a segment of the population that didn’t get check-ups before and many more cases are being detected. Early diagnosis increases the chances of recovery and can reduce mortality.

What environmental factors have an influence on the potential development of colon cancer?

Environmental studies are a little controversial, because it is hard to define the exact impact that eating this or that food can have on a cancer. In general, the recommendations are the same as for other illnesses. First, eat right. We should maintain a diet that is low in fat, proteins and calories and high in cereals, fruits and vegetables. Fibre is good for intestinal transit, but so is physical exercise. What is definitely clear is that digestive diseases, such as ulcerative colitis or Crohn’s disease, increase the risk of colon cancer. For prevention, it is better to lead an active life and avoid obesity, excess alcohol and tobacco.

Most patients with colorectal cancer are over 50 years old. In a percentage of cases, though, the disease has no relation to age, but reflects a genetic predisposition. What alterations can contribute to this type of cancer?

We need to differentiate between inherited genetic factors and familial-genetic factors. In the case of inherited genetic factors, we know exactly which genes cause the cancer. But in the case of familial-genetic factors, we are talking about families that have a cluster of the disease and we still don’t know which mutation is the cause. When there is a family cluster, it means not just that the index case has the disease, but that other family members have had it as well. One way of measuring this is to see whether the cancer appears in two or more generations and whether three or more individuals have been affected. If that is the case, we view the cluster as significant. If the cluster is very strong, we’re moving into the 5–10% of cases that are hereditary; that is, the cases in which we know which genes are causing the disease. In roughly 30% of cases, however, the cluster is looser. We think some of these familial cases involve polymorphisms (changes in a single nucleotide in a strand of DNA) in combination with the environment. But the most common colon cancer, accounting for roughly 70% of cases, is the one that appears in older people and only sporadically, not the familial or hereditary kind. In this case, only one family member is affected.

These polymorphisms are common and, taken in isolation, they do little to increase the chances of getting cancer. In what cases can they increase risk of disease?

Anyone can have some of these polymorphisms, but we need to have a significant number in our cells to consider that there is a risk of developing cancer. And we always need to take into account the effects of the environment. If you are 50 years old and you smoke, are overweight and don’t do exercise, you are adding environmental risks to the risk that your genetic components are giving you. That makes it easier for cancer to appear.

So whether or not polymorphisms pose a risk depends on their numbers and on environmental factors. But you have recently discovered six genetic alterations that can single-handedly predispose a person to the development of tumours. Could these mutations help to explain hereditary colorectal cancer?

We think that a mutation in any of these genes can cause disease. Right now, they are the candidates we’re focused on. We’re doing functional studies to assess their application and we hope that these mutations will be sought later in other cohorts of patients and that new ones will be found as well.

It’s clear that these data are useful for research. But can knowing that a patient has a particular gene mutation somehow improve his prognosis?

For example, in a family cluster, you have to confer the same risk to everyone, even if someone is just starting to have advanced adenomas, which are the precursor lesions of colon cancer. By contrast, if you are able to detect the genetic factor that causes the family cluster, you can use a molecular diagnostic to tag carriers and non-carriers and you can monitor each carrier much more closely. Conversely, a non-carrier simply has the same risk as the general population. In addition, once we identify the carriers of these mutations in these particular genes and we analyse their prognosis, we can see differences. That means that we can give a more personalized treatment to people who have a particular gene mutation.

COST is a European programme that funds scientific and technological cooperation among working groups in different countries who share common goals. Has it helped to bring research efforts together?

Really the investment is being made to facilitate networking. The money for research still has to be obtained by the groups involved, but it does save us the cost of networking and doing collaborations. In our case, we were already working as a consortium beforehand and it has really been very helpful. For example, in the case of polymorphisms, a finding might be made by one research group, but it still needs to be replicated by other groups for it to be significant scientifically. First and foremost, this makes a finding more robust. But later if you have access to a hundred thousand cases and a hundred thousand controls instead of a cohort of only a thousand cases and a thousand controls, the statistical power of your finding is that much greater.

You are the leader of the Action BM1206 project in the COST programme, with a focus on the genetics of colorectal cancer. How is your team organized?

We have 127 investigators across forty research groups in 22 countries. We all work on the same objective, which is to identify the causes of genetic predisposition for colon cancer. We are organized into four strands of work: studies of genetic association, functional genomics, state-of-the-art gene sequencing, and statistical modelling. Each group works on one or more strands based on its own interests. We have expertise above all in studies of genetic association, but lately we have been working on studies in next-generation sequencing to identify specific gene mutations in families with a strong cluster and no known hereditary cause, such as in the study I mentioned earlier.

Beyond the robustness of findings that get replicated by other groups or the fact that the number of cases and controls is greater, does networking at the European level have any other advantages?

In the six or seven years we were at work before the implementation of COST, we saw that if there was a research group that had specific expertise, it was better to collaborate than to try to acquire the same expertise. It doesn’t make sense to waste the time. I believe that COST is a way to avoid duplication of effort and to allocate tasks more optimally. In addition, it gives us direct human contact and that enables us to work together more closely and more effectively.