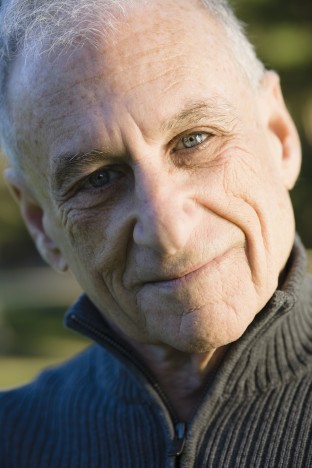 Healthy ageing has become an inescapable priority for Western societies. This, in a nutshell, was the take-home message of the Second Barcelona International Conference on Healthy Ageing hosted by the University of Barcelona’s HUBc health sciences campus. During 19 and 20 June in the Aula Magna of the University’s Faculty of Medicine, medical specialists and researchers came together to examine the most recent developments in ageing in a conference made possible by the Spanish Ministry of Education, Culture and Sport in the campus of international excellence programme Enfortiment 2011.

Designed to offer a cross-disciplinary approach, the Conference featured contributions from specialists in physiology, the genetics and epigenetics of ageing, age-related mental disorders and immunosenescence. The debate also addressed the social, political and economic implications of age-related issues and two of the recurring themes were the growing importance of personal health monitoring systems and the need for preventive care and promotional initiatives in healthy ageing to control age-related frailty and the degenerative loss of skeletal muscle mass known as sarcopenia.

In the opening lecture “Healthy ageing in a new century”, the internationally renowned researcher, gerontologist, clinician and teacher John Morley contrasted life expectancy in different countries and examined how human longevity is variously influenced by dietary habits, the consumption of salt, tobacco and alcohol, and how much people exercise.

France, Spain and Japan were amongst the countries whose life expectancy was highest

Dr Morley, who directs the divisions of Geriatric Medicine and Endocrinology at Saint Louis University’s School of Medicine, also discussed the role played by environmental factors (epidemics might lower life expectancy, for example, in such countries as South Africa) and observed that Australia,  Finally, he considered that while up to one third of the factors affecting the ageing process of older adults are gene-related, the ability to handle psychological stress and personal strength of mind are also important for healthy ageing.

The most recent developments

During the rest of the first day, various speakers examined the most recent developments in research and treatment. In the presentation “Immunosenescence”, Stanford University’s Cornelia Weyand discussed the process by which the immune system’s protective function declines with age while at the same time ageing immune cells cause increasing inflammation. Dr Weyand, who is chief of the Division of Immunology and Rheumatology at Stanford University’s School of Medicine, argued that greater knowledge of the molecular mechanisms triggering immunosenescence could help us design therapies to slow down or stop the deterioration of older adults’ protective immunity. In “Ageing and mitochondria”, Francesc Cardellach (Dean of the Faculty of Medicine, University of Barcelona) examined research results that may directly link mitochondrial diseases to ageing and which would therefore be particularly relevant to the present time, when there has been a notable increase in mutations of mitochondrial DNA.

This year’s Conference also put the emphasis on the physiology of ageing, focusing on frailty and age-related sarcopenia. In “Definition and epidemiology of frailty”, Trinity College Dublin’s Román Romero-Ortuño recalled the difficulty of defining and measuring the condition of frailty, which can be understood either as a clinical syndrome, using frailty phenotypes, or as a state, using the frailty index. Romero-Ortuño argued that the two definitions need not be mutually exclusive, and that while frailty phenotypes allow practitioners to understand the condition as a cycle characterised by chronic malnutrition, sarcopenia or a reduction in VO2 max (the body’s maximum rate of oxygen consumption during incremental exercise), considering frailty as a state enables us to study the accumulation during ageing of a series of disabilities, like diabetes, mental illness and fatigue. And in “Frailty as a predictor of disability”, Vicenzo Malafarina (San Juan de Dios Hospital, University of Navarra) observed that muscular strength and the incidence of falls and fractures can provide useful parameters for detecting frailty, but that frailty itself should be considered as a condition related to comorbidity or disability, rather than as the equivalent of these.

In “Frailty, sarcopenia and diabetes: Consequences for management”, Leocadio Rodríguez-Mañas (director of the Geriatric Service, Getafe University Hospital) observed that if only 30% of the patients who experience disability completely recover their health then frailty as the state preceding disability (and also the principal result of sarcopenia) must be prevented. And in “Sarcopenia and frailty”, Alfonso J. Cruz-Jentoft (director of the Geriatric Service, Ramón y Cajal University Hospital) argued that sarcopenia is more practical and measurable than frailty in disability prevention but that while sarcopenia risk groups are easy to establish, the illness itself is still difficult to diagnose.

In “Can dementia be prevented?” José Luis Molinuevo emphasised the need for prevention strategies in the treatment of age-related mental disorders that can go undetected for significant periods of time. Dr Molinuevo, who directs the Unit for Alzheimer’s Disease and other Cognitive Disorders of the Neurology Service at Barcelona’s Hospital Clínic, proposed that mental exercise is not as beneficial for older adults’ health as physical exercise and that the overall incidence of dementia has decreased thanks to better education, a reduction in the number of strokes and improvements in the treatment of conditions leading to heart disease. Finally, in “The use of inadequate drugs in elderly people with dementia: A multicenter European study”, Anna Renom-Guiteras reported on research into the prescription of potentially inappropriate medication to older adults. A research fellow at the Institute of General Practice and Family Medicine of Witten/Herdecke University, Renom-Guiteras warned that 17 % of medical prescriptions to older adults may be inappropriate.

The paradigm of healthy ageing

The second day of the Conference opened with the roundtable “Positive ageing: A sociopolitical, humanistic and scientific point of view”, chaired by José Manuel Ribera-Casado, emeritus professor at the Complutense University of Madrid, and led by Joan Rodés, emeritus professor at the University of Barcelona, and Assumpció Roset, Commissioner for Older People at Barcelona City Council. The participants debated the obstacles to healthy ageing, recalling the challenge older adults need to face to change their everyday habits but also observing that the community at large should reassess roles and attitudes so that the elderly can gain in health by becoming more socially active. The roundtable concluded with a general discussion on the need to make state pension schemes more flexible so that those older adults who wished to continue practising professionally could do so.

Two of the most basic factors in the healthy ageing equation are physical exercise and diet. In “Exercise and healthy ageing”, José Antonio Serra-Reixach recommended that older adults should do two and a half hours of sports activity every week in order to avoid illness and live longer. Serra-Reixach, who is chairman of the Geriatric Department of the Gregorio Marañón General University Hospital, proposed that this activity should be divided between aerobic exercise, strength training, and flexibility and balance activities. In “Effects of a Mediterranean diet on ageing”, Ramon Estruch (senior consultant at the Department of Internal Medicine of Barcelona’s Hospital Clínic) reported on a study demonstrating the preventive effects of a Mediterranean diet on heart disease, observing that it can reduce the risk of heart attack to almost one third of the risk level experienced by those who do not observe this diet, and that it also lowers the incidence of depression and cognitive decline. Finally, in “Vaccines in the elderly: Where should we go?” Antoni Trilla recommended that older adults should participate in annual vaccination campaigns against influenza. Dr Trilla, who is director of the Unit for Assessment, Support and Prevention and of the Area for Preventive Medicine and Epidemiology at Barcelona’s Hospital Clínic, argued that the influenza vaccination should still be considered the most economic and effective means of intervening in public health and that its negative effects do not outweigh its benefits.

Finally, contributions were also made by representatives of the main institutions participating in the Conference. In the inaugural ceremony, which addressed the importance of promoting healthy ageing initiatives in the social, political and economic sphere, these were: Jordi Alberch, Vice-Rector for Research, Innovation and Transfer of the University of Barcelona; Francesc Cardellach, Dean of the Faculty of Medicine of the University of Barcelona; Albert Ledesma, of the Ministry of Health of the Government of Catalonia (Generalitat de Catalunya); Assumpció Roset, Commissioner for Older People at Barcelona City Council; and Alfonso López-Soto, head of the Department of Internal Medicine and of the Geriatric Unit at Barcelona’s Hospital Clínic. As the president of the Conference’s scientific committee, Dr López-Soto also led the closing ceremony with Dr Joan Roca, the executive director of the University of Barcelona’s HUBc health sciences campus.