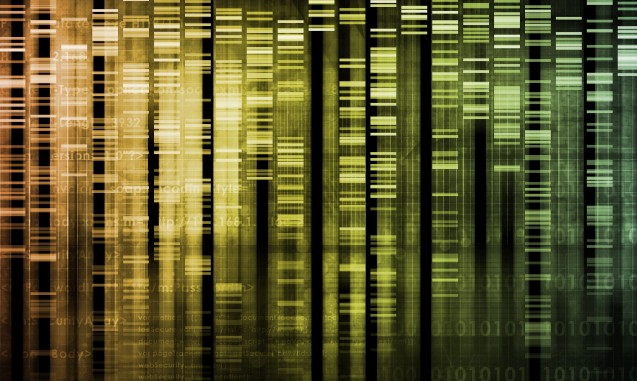 //An interview with Josep Samitier, director of the Institute for Bioengineering of Catalonia and Professor of Electronics at the University of Barcelona

Josep Samitier combines research, teaching and management. He is a specialist in nanomedicine, and currently directs the Institute for Bioengineering of Catalonia (IBEC). He founded the Nanotechnology Platform at Barcelona Science Park and coordinates the Spanish Nanomedicine Platform. He is Professor of Electronics at the University of Barcelona’s Faculty of Physics, and rector’s delegate for the proposal to incorporate the UB into a European Knowledge and Innovation Community (KIC) on healthy living and active ageing, which is promoted by the European Institute of Innovation and Technology (EIT). He has also held the following posts at the UB: Vice-Rector for International Policy, Vice-Rector for Innovation, Acting Rector and Executive Director of the HUBc Campus of International Excellence. In 2003 he received the City of Barcelona Award for the category of technological innovation.

Nanotechnology is the study of matter at atomic and molecular scale. The manipulation of matter on this scale enables us to construct new devices. In the health sector, for example, we can create new diagnostic systems or therapies.

How does nanotechnology already form part of our lives? In what situations can we find it without knowing what it is?

Nanotechnology has evolved in two ways. The first involves the reduction of size. The electronics sector is the best example of this: by controlling matter at nanometric scale we can manufacture smaller, but more powerful, electronic devices. The second is what we call the bottom-up development of nanotechnology. That is, taking molecules as the starting point, we have been able to construct increasingly complex realities. For example, today we can find new types of drugs that already use nanotechnology. The active principle of a drug is incorporated in a nanoparticle that acts as the packaging, and in this packaging we introduce systems that can locate the diseased cell or organ. So we’ll be able to guarantee a greater therapeutic effect of the drug in much smaller doses, and reduce its side effects.

Could this kind of drug be particularly useful in cancer therapies?

Yes, because it enables us to make treatments more personalized. As a result of progress in genetics, we know that not all kinds of cancer are the same, and that the way they develop is different too. So we need to be able to design therapies that are more closely tailored to each patient and the form in which their organism may respond. They will be useful in cancer, but also in neurodegenerative and metabolic diseases, among others.

If nanotechnology can make treatments more effective and less harmful, will we eventually be able to control the adverse effects of drugs?

«Nanodrugs help us to increase the current efficacy of active principles»

Exactly. Because now, when we administer a drug, it is distributed throughout the body relatively evenly and accumulates in organs that are not affected by the disease. And doctors often have to weigh up the potentially adverse effects and benefits of a treatment. Nanodrugs help us to increase the current efficacy of active principles. And nanotechnology applied to medicine will also help us to improve diagnosis.

You mentioned the potential of nanotechnology in treatment and diagnosis. Will it also change prevention methods?

Yes, because medicine is moving towards the identification of at-risk populations. Genome analysis, for example, generates systems for rapidly predicting the possibility of a specific disease emerging in risk groups. Nanomedicine will also help us in this kind of prevention.

There are no specific applications yet, are there?

We are at the laboratory and research stage. This trend began in around 2000. Since then, an increasing number of researchers, centres and hospitals have worked on it. Now the first results are beginning to emerge. But we think it will be around ten or twelve years before these therapies or diagnostic systems become more widespread and have an impact on diseases that are still too prevalent.

So will nanotechnology help us to live longer and better?

We are already managing to live longer. Now, we need to work on living most of our life in the best conditions possible: that is the model we aspire to. This is where a very important aspect comes into play: the relation between materials, nanotechnology and regenerative medical therapies. This is important because issues such as a worn-down vertebrae or cartilage can cause great suffering. To improve implants and tissue regeneration techniques we need biology, we need to know more about how cells behave. But we also need systems that help us to create more effective implants. Today, it is relatively normal for a person of a certain age to end up having a knee or hip replacement made from metals and polymers. But we will gradually incorporate nanotechnology to improve the integration between the prosthesis and the tissue itself. 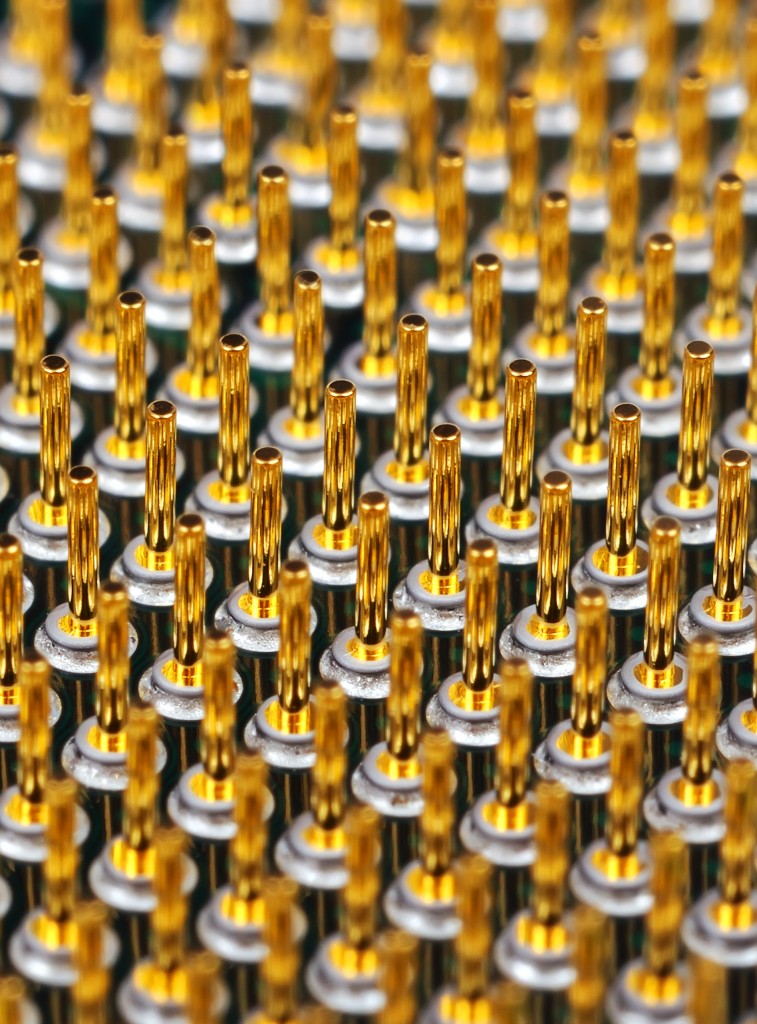 You direct the IBEC, a leading institution in bioengineering and nanotechnology. What mechanisms have been found to bring research-based technology to the public and the production sector?

We do this firstly by cooperating with doctors and hospitals. We have various project agreements in which we work with doctors who have direct information about certain diseases. They explain the problems they find, and we see how we can help to resolve them. At the institute, we have research departments on multiple signal processing, nanoprobes and nanoswitches, robotics, materials and nanobioengineering among others. Depending on each case, we seek the best way to solve a problem. The other aspect, creating more wealth, involves collaborating with companies to develop systems that can then be scaled up and produced industrially. In the end, it is the companies that make the materials and devices that we find in hospitals, primary care centres and pharmacies. For example, we have just created a mixed unit with a biotechnology company to develop a diagnostic system for certain gynecological diseases. In principle, it will be available on the market and for professionals in one or two years.

So public-private collaboration is essential to knowledge transfer?

It’s fundamental. Our task as a research institute is to generate knowledge, to find answers to questions. But we can only get as far as constructing a prototype, testing the concept, demonstrating whether something is feasible. After that, industry takes over. One thing is constructing a device to test whether a problem has a solution; another is producing thousands of units. When we make a finding, we seek private sector collaboration to see how we can cooperate. These agreements also benefit public entities, as they enable us to recover some of the investment that has been made, and use it to develop new projects and new ideas.

Some writers are saying that Catalonia is leading in the application of nanobiotechnology, in diagnostic systems and in tissue regeneration, due to the work and investment made. How do you see the near future of research?

It’s a complex outlook, due to the economic situation in Spain, and even the economic situation in Europe in relation to the rest of the world. Emerging countries such as India, China or Brazil have an increasingly high level of development. This is good from a global perspective, as it means that an increasing number of people are doing research. However, from a Catalan perspective, we have to decide how to position ourselves in this environment, how to retain our talent or even how to attract talent from other countries who see our home as an opportunity.

«Knowledge is fundamental, and it’s the way that a country can keep a leading position»

The successive governments of Catalonia over the last twenty or twenty-five years have understood this issue and have implemented political strategies and initiatives, such as research centres or the ICREA programme, which have enabled us to maintain this high level of development. Currently, research in Catalonia is well-positioned within the European community. But this must continue. Having said that, I know it’s complicated. The last few years have been difficult. For example, companies have also been affected by the economic situation, which makes it more difficult for us to find resources to advance with projects. But I think it’s essential to maintain Catalonia’s commitment: knowledge is fundamental, and it’s the way that a country can keep a leading position.

Could the Knowledge and Innovation Community on healthy living and active ageing help to attract talent, transfer knowledge or boost the economy?

The KICs constitute a major initiative of the European Institute of Innovation and Technology [EIT], which is promoted by the European Commission itself. The consortium we belong to brings together the best public and private entities in Europe in the field of active and healthy ageing. It includes prestigious universities such as Oxford, Imperial College, Karolinska, Leuven, Heidelberg and Max-Planck. There are major university research centres as well as notable companies: Roche Diagnostics, Siemens, Philips, Ferrer and Telefònica, among others. Being part of this by having the headquarters of the Spanish node in Barcelona also situates our city and its entities in a leading position alongside Sweden, Germany the United Kingdom and France; that is, among the major European countries. These are major actors who can really meet the European Union’s target: to work together and create tools to ensure that the European population ages actively and adopts a healthier lifestyle.