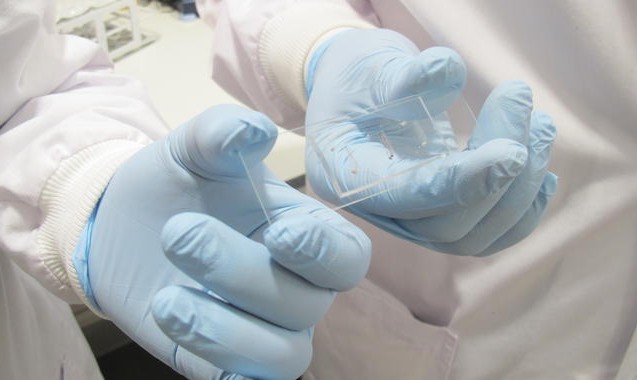 //Catalan researchers create a functional model of the spleen

Known as the “black box” of the abdominal cavity, the spleen is an organ the size of a fist, situated above the stomach and under the ribs. As part of the lymphatic system, it helps the body to protect itself by selectively filtering old red blood cells and destroying them. It also filters foreign microorganisms from the bloodstream to combat infections. According to Hernando A. Del Portillo, from the Barcelona Centre for International Health Research, ethical and technological limitations have made it difficult to gain comprehensive knowledge of this organ. His team and of the team led by Josep Samitier from the Institute for Bioengineering of Catalonia have tried to make it easier to study the spleen by creating the first functional model of the organ.

This device recreates the physical properties of the spleen on a microscale, and acts like it by filtering old erythrocytes from the blood. The spleen’s fluid system is highly complex and involves blood microcirculation, which has been simulated by using slow and fast channels to divide the flow. On the chip, blood in the slow channel circulates through a matrix of pillars that resembles the real environment in which the hematocrit (the percentage of red blood cells) increases and unhealthy cells are destroyed. The spleen-on-a-chip helps to increase understanding of spleen function and, above all, to test new treatments for malaria and other hematological disorders.

From the laboratory to the clinical trials in patients

“The aim of organs-on-chips is to reproduce in vitro the physiology of part of an organ,” explains Dr Samitier. “This enables us to carry out a much more thorough analysis of how a drug will work.” These three-dimensional devices mimic the interfaces between tissues and the microenvironments of living organisms. They are small samples produced by microengineering that meet all the functions of the corresponding organ. Their creation opens up great opportunities for research and, above all, for pharmacology: they are an improvement on the usual measurement procedures and can speed up drug development as well as reducing its costs.

Animal studies are long, expensive and cannot predict accurately the behaviour of a drug in humans, as animals and humans react differently to the same stimulus. In addition, cell cultures cannot fully replicate an organism’s response. As Dr Samitier observes, “Cell cultures are two-dimensional, flat: they do not behave like the liver, the kidney or the heart within the organism. So a drug that works well in the laboratory is sometimes ineffective in trials involving people.” In fact, many pharmaceutical projects fail in the human trial stage, even when they have been successful in the previous tests. This kind of failure at such an advanced stage of drug development is extremely expensive for the pharmaceutical industry.

Organs-on-chips can provide fast, accurate results on a new drug’s efficacy or toxicity at a lower cost

Organs-on-chips can provide faster, more accurate results on a new drug’s efficacy or toxicity at a lower cost. So they should be able to help laboratories reach the stage of clinical trials in patients. However, this is not their only reported use: “Organs-on-chips also help us to understand more about how an organ works,” says Samitier. “As a result, we can try to create an artificial system to replace the natural organ in some cases. This is still not entirely possible today. However, some artificial organs exist: for example there have been some attempts to implant laboratory-produced tracheas. The key will be to combine pluripotent stem cells with biomaterials to reproduce physiological conditions as far as possible and implant the new structure, using part of the patient’s own organ”.