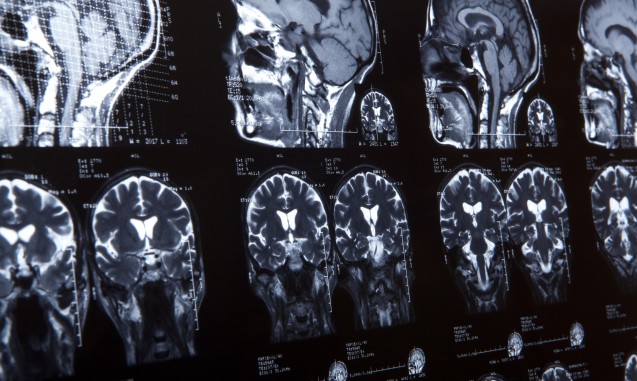 Feeling tired or generally unwell, experiencing sudden mood swings, finding it hard to carry out tasks that require concentration, having an excessively weak speaking voice, being forgetful: this range of symptoms could be associated, for example, with a highly common reaction to stress. But it could also point to the emergence of more serious disorders, for instance, the onset of Parkinson’s, a progressive, chronic, neurodegenerative disease.

Matilde Calopa is head of the unit at Bellvitge Hospital that addresses Parkinson’s disease and abnormal movement. Calopa concedes that the diagnosis of Parkinson’s can be difficult because “the illness can be masked, for instance, by depression. Even so, we can detect it earlier now because our knowledge of the pathology is greater: neurologists have become much more familiar with it. And we know that when a patient presents the symptoms, the loss of dopaminergic neurons has begun many years earlier”.

The deficit of these neurons is the factor that gives rise to the illness. They contain dopamine, an amino acid that acts as a neurotransmitter and is key to the function of the motor circuit. If there are not enough of them, then you get a dysfunction of the basal ganglia, neuronal areas that are located at the base of the brain and take charge, among other things, of coordinating movement. Another neuropathological characteristic that is observed in many Parkinson’s brains is the presence of Lewy bodies, cytoplasmic inclusions whose components include alpha-synuclein.

«We know what’s happening, but not why»

“We know what’s happening, but not why,” says Calopa. “The cause of the disease is still unknown, but it is definitely multifactorial”. It is the second most common neurodegenerative disease after Alzheimer’s. “There is a very common idea that the two pathologies are associated with one another, but the age of the affected segment of the population differs. Parkinson’s typically appears between 58 and 62 years of age, while Alzheimer’s is normally diagnosed nearer to 70. The possibility of getting Parkinson’s rises exponentially with age”. Logically, the disease is more common in countries with a longer life expectancy.

“We have more patients because the population is getting older. Parkinson’s is more prevalent among men than among women.” As for etiology, the cause is unknown, but there are two basic theories. On the one hand, environmental factors: some epidemiological studies have found evidence of risk from exposure to certain herbicides, pesticides and insecticides. On the other hand, there are the genetic factors. Parkinson’s is basically sporadic. There are families that have hereditary forms, but these only account for 10% of the cases and tend to be the more juvenile forms. But not even the earliest appearance of the disease, which can begin before the age of forty, can necessarily be attributed to genetic reasons.”

“According to current clinical criteria, the illness can present four symptoms: shaking or tremors, bradykinesia (an abnormal slowness in body movement),  muscular rigidity and trouble with balance or falls. We consider that there is Parkinson’s when we observe at least two of these symptoms, with the presence of bradykinesia being fundamental…”Even though tremors are the best-known clinical sign of Parkinson’s, the most characteristic is bradykinesia. This first appears in the performance of activities that require some skill, such as writing, shaving or sewing, and it eventually impedes less exacting processes. In the case of tremors, they typically occur at rest and disappear when an action is taken. They are more common in the upper extremities and do not affect all patients—a fourth of all patients never suffer tremors. One word of caution, though: there are tremors that can be mistaken for Parkinson’s, yet are unrelated to the disease.

«The pathology has no cure and cannot be prevented»

Motor disorders constitute the hard core of Parkinson’s symptomatology, but they are not the only ones. Other associated manifestations are hyperseborrhea (excessive sweating) or sleep disorders. “Depression is the most common, even before problems with movement. Sluggish thinking and difficulty making decisions also occur. Lately, there is a lot of talk about hyposmia, which is a reduced ability to smell. This is an element that, together with depression or constipation, may indicate that the degeneration has already begun. Later, with the advance of the disease, we find a greater likelihood of dementia than in the population in general. It is also true that diagnostic error accounts for 20%, because other neurodegenerative diseases present similar symptoms.”

In addition, Parkinson’s does not have a biological marker to confirm its existence: a diagnosis must be based on the observation of symptoms and ruling out the concurrence of other pathologies. It’s a disease that becomes debilitating as it advances. Patients’ life expectancy is high. But the pathology has no cure and cannot be prevented.

Current treatments make a good quality of life possible until the late stages of the disease. There is no standard therapy: treatment needs to be comprehensive, including medication, psychology and so forth, and has to be adapted to each patient’s needs at each stage of the disease. Treatment begins when the symptoms start to interfere with daily activity. Currently, the most effective drug is levodopa, a substance that is transformed in the brain into dopamine, the deficient neurotransmitter in the disease that cannot be administered directly because it won’t pass the blood-brain barrier. During the first stage, levodopa is administered orally together with other drugs.”

In the first five-to-ten years, oral medication controls the symptomatology relatively well. After that, this type of therapy is no longer enough, because a stage of fluctuations begins that the specialists call ‘on-off’ states. “Patients begin to have motor impairment because the medication doesn’t last the entire day. They enter a series of peaks and valleys. In the valleys, they are left without medication and the tremors return, they have trouble walking or they get frozen in place …all of the disease’s symptoms reappear. And when the medication takes effect again, it does so excessively, causing abnormal movements. That is, they go from one extreme to another.”

«As the disease advances, the off states become longer and more severe»

As the disease advances, the off states become longer and more severe. At that point, continuous ways to administer the drug are sought. The treatments become more complex and oral medication on its own tends not to be enough. Depending on the patient’s clinical characteristics and age, we consider a surgical strategy or else a continuous perfusion pump. We use subcutaneous apomorphine and duodopa pump therapy administered intra-abdominally. “We’ve used the duodopa since 2006 and it involves administering the same levodopa from the initial stage of the disease, but instead of orally, we use the duodenum. This is done via a perfusion pump connected by means of a probe to the intestine. The pump is external and it’s programmed to give the patient the dose they need all the way through the day. The patient carries it like a mobile phone and must connect it in the morning and disconnect it at night. This is how we reduce motor fluctuations and so stabilize the disease. The dosing level can be adjusted according to the patient’s needs or actually removed at any moment. Sometimes it can get a little uncomfortable for patients, especially for younger ones. But the results are very good.”

There is an alternative therapy that is highly effective, but very restrictive, using deep brain stimulation. This is a surgical procedure that involves the implantation of a medical device to stimulate the brain electrically and block areas that cause motor dysfunction. A wire is run subcutaneously from an electrode implanted in the brain down to the upper thorax. At the end of the wire, a neurostimulator (called a brain pacemaker) is connected and this sends the electrical impulses needed to stimulate the brain. This technique is adjustable and reversible.

«We do offer it to younger people as a first option, if they meet the prerequisites»

“We can only offer this treatment in advanced cases with a minimum evolution of five years and when the patient has shown a good response to levodopa. We cannot include patients who suffer severe impairment of their postural stability, cognitive deterioration, psychiatric problems or any of the atypical forms of Parkinson’s. We do not recommend it beyond seventy years of age, because the older a person is, the poorer the response to treatment is. By contrast, we do offer it to younger people as a first option, if they meet the prerequisites.”

Using the technique, a substantial improvement can be obtained in the symptomatology, especially in terms of motor fluctuations, off states and involuntary movements.Deep brain stimulation is also being used to treat other pathologies, such as essential tremor, a highly debilitating disorder that, unlike Parkinson’s, basically affects movement. “We are also using it for types of dystonia. That is, for people who suffer abnormal muscle contractions that make their eyes shut involuntarily or that cause continuous torticollis. And testing has recently begun as well on its use in the treatment of obsessive-compulsive disorders.”