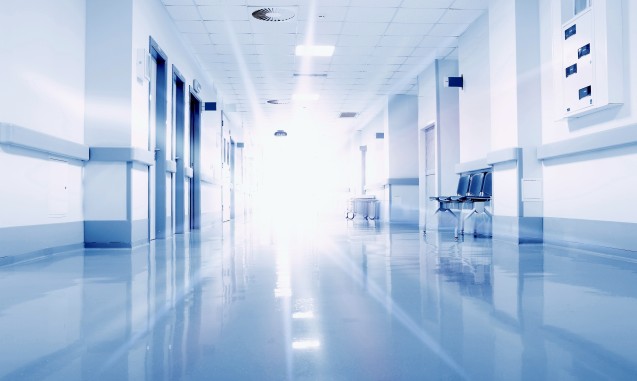 //Interview with Miquel Pujol, head of the Department of Infectious Diseases at Bellvitge University Hospital and member of the IDIBELL

One in every ten patients suffers an adverse event while receiving medical care, according to the estimates of the World Health Organization. An “adverse event” is defined as any circumstance related to medical care that has negative consequences, such as a patient’s health getting worse, treatment complications and even death. Dr Miquel Pujol heads the Department of Infectious Diseases at Bellvitge University Hospital and is a member of the IDIBELL research group that focuses on the epidemiology of bacterial infections. Dr Pujol is also coordinator of the VINCat programme, which monitors hospital-acquired infections in the hospitals of Catalonia, and he leads a working group in the European project Combacte Magnet on combatting bacterial resistance.

What do we mean by patient safety?

This is a relatively new concept. It first appeared in the United States in the first decade of this century in relation to a report titled To Err Is Human: Building a Safer Health System, published in 1999 by the Institute of Medicine. The report was critical of the fact that a hundred thousand people die each year in US hospitals from preventable adverse events. The figure was three times greater than deaths from traffic accidents. It was as if a plane with three or four hundred passengers crashed every day. People were not aware of the death toll occurring in hospitals for reasons unrelated to the original admittance of patients. An individual, for example, might come in for an operation and catch pneumonia from a respiration device and this might lead to her death. The publication of the report marked a low point in public confidence in the healthcare system.

Shortly afterwards, another report appeared, this one titled Crossing the Quality Chasm: A New Health System for the 21st Century, 2001, which sought solutions to the problem. With the aim of determining how patient safety could be improved, it reviewed the scientific evidence on safe clinical practices and recommended the creation of institutions tasked with implementing measures to prevent adverse events.

Meanwhile, in 2000, an eight-month-old girl was admitted into what is considered the best hospital centre in the world, Johns Hopkins in Baltimore, Maryland (US). Her name was Josie King and she was suffering first- and second-degree burns as the result of a domestic accident. She died after a series of medical errors and her family wanted to bring a lawsuit against the hospital. In the end, however, thanks to the intervention of Dr Peter Pronovost, the family decided to put their efforts into trying to prevent medical errors and unnecessary deaths. This gave rise to the Josie King Foundation. Based on these events, in early 2000 a culture of patient safety began to take shape.

What are the most common adverse events?

Another added factor of importance is the emergence of resistant microorganisms. Some of the bacteria that generate the most frequent hospital-acquired infections have become resistant to most antibiotics. As a result, there are microorganisms that have become practically untreatable. This means we can only treat them with second-line drugs that are not as effective and that are also associated with higher patient mortality. This phenomenon has a particularly notable impact on the areas where more antibiotics are used, such as intensive care, where the patients are frailer and have more serious health problems.

So is resistance to antibiotics one of the factors contributing to the commitment to patient safety?

«Both hospitals and the community are using antibiotics improperly»

Yes, it is. Both hospitals and the community are using antibiotics improperly. There is a tendency among physicians to use the strongest broad-spectrum antibiotics just in case the infection has been caused by a resistant microorganism. Quite often, this doesn’t make sense. What’s more, it encourages what we call “selective antibiotic pressure”, which means that the strains that successfully develop resistance will survive and reproduce. The main way antibiotic-resistant bacteria spread is through medical staff, for example, via their hands. Bacteria can also spread via the inanimate environment of a hospital. That is why hospital hygiene programmes are so important, especially good clinical practices like washing hands with alcohol solutions.

The norm is for all hospitals to have an infections committee and a safety committee. (I am the chair of the infections committee and I sit on the safety committee.) We have various prevention programmes. The fieldwork is carried out by the nursing staff, who monitor infections. Their function is to monitor the most important hospital-acquired infections to detect any unjustified increase and to carry out prevention and training tasks, for example, checking that catheters are correctly positioned, that dressing is clean, that dressing has been changed if touched and so on. To prevent ventilator-associated pneumonia, which is a very serious complication because it produces multi-resistant germs, we ensure that patients’ beds are raised or that the aspiration of secretions is done using a sterile technique. In the case of surgical infections, a great deal of care must be taken with measures in pre-op, during surgery, and in post-op. Between 3% and 5% of patients admitted to hospitals for an operation end up developing an infection in their surgical wound: that’s a high number.

Another measure to prevent adverse events is the monitoring of risky medication, taking special care with medication administered to elderly patients, such as anticoagulants and sedatives. We must also prevent falls. I recall that there used to be a small step, only a few centimetres high, in the doorway to the toilets in the rooms. Very often, elderly patients didn’t see it, tripped and fell. With a simple measure, a portion of patient falls has been prevented.

And in the specific case of hospital-acquired infections, have recommendations been established to prevent them?

In 2006, Dr Peter Pronovost published an article in the New England Journal of Medicine in which he proposed a bundle of recommendations to prevent bacteremia in the catheters of patients in the ICU, which was one of the most common problems affecting a high percentage of patients. Applying five measures, the problem practically disappeared: hand hygiene before inserting a catheter; being fully covered in a sterile gown, mask and cap; disinfecting the skin with an alcohol antiseptic; using transparent dressings; and ceasing to insert a catheter in the femoral artery, which is the most susceptible to contamination. These measures are easy to apply and really effective.

And are these measures actually being adopted?

«When we try to modify a healthcare practice to improve it, we see a certain degree of resistance»

In hospitals just as in any workplace, we face a problem, which is that people drag their feet when faced with change. So when we try to modify a healthcare practice to improve it, such as how to insert a catheter, we see a certain degree of resistance. Some professionals do it, but not all of them. After all, we know these measures well and they are based on scientific evidence that we know works.

Preventable adverse events make illnesses longer and treatments more complex. This all translates into hospital expenses that could be avoided…

Patient safety has implications at different levels. The first level is when the patient has an unexpected problem. At best, this will result in a longer hospital stay and the patient’s family will suffer more and spend more time in the hospital. The second level involves the medical team. To some extent, it is the responsibility of the professionals to make sure that patients don’t suffer events unrelated to the reason for which they were admitted. Lastly, there is an important impact on the healthcare system. For example, we are now studying the cost of infections from colon surgery: the number of additional days a patient spends in hospital in relation to patients who do not get an infection, the surgeries they have to go through, the days they need in the ICU, the cost of antibiotics they have to be given, etc. It’s a really large amount.

In most public hospitals in Catalonia, every day of hospitalization costs in the neighbourhood of 300–400 euros, while every day spent in the ICU varies from 1,000 to 1,500 euros. And each time we have an infection of these characteristics, the patient remains admitted for at least two or three weeks. If we do the multiplication, each preventable infection can cost 20,000 or 30,000 euros. And having an infection rate of 5% is not the same as having one of 20%. That is why it is so important to have programmes like VINCat, which is the leading programme in Catalonia for the surveillance and prevention of hospital-acquired infections.

Do all of the Catalan hospitals have epidemiological surveillance units?

Yes, they do. Each centre has a team that is responsible for the active and ongoing surveillance of hospital infections. We control parameters such as overall hospital-acquired infections and process indicators; bacteremia or surgical infections; proper hand hygiene; the use of antimicrobials, and specific issues of antibiotic resistance. All of these indicators help us to make comparisons between hospitals: this is what we call “benchmarking”, which is about making comparisons in order to improve. First we started with the eight public hospitals of the Catalan Institute of Health. This later became VINCat. Now, private centres are joining on their own initiative. They have seen the usefulness of belonging to a structured programme that follows standardized surveillance and enables us to compare differences across the indicators. This really assists us in infection prevention, because it helps us find solutions.

Is there still some way to go in consolidating a culture of patient safety?

The issue of patient safety hasn’t been brought into view much, because, ultimately, it is uncomfortable. It points to weaknesses in the system. But we should appreciate that, if life expectancy in Catalonia has gone up, it is because our healthcare is better—and that’s despite the cutbacks in recent years. There are still things to fix and patient safety needs constant effort because it is a critical aspect. Indeed, the Department of Health aims to transfer to the hospitals the programmes that need to be applied. But it is the responsibility of each hospital to apply them.

Are structural and methodological changes needed?

One of the problems is to integrate safety within the areas of hospitalization. Integration means that everyone has a part to play: from nursing staff to physicians, our work is interrelated. Does a patient need the catheter that he or she has? If not, get rid of it. Because it is a device that allows bacteria direct entry into the blood stream. These integrated programmes of patient safety are based on the application of measures and the verification that the measures are being applied.

«The changes must not be focused on people, but on structures, processes and practices»

The issues with patient safety have been identified, and so have the improvement processes. What we lack are structures to encourage the application of these processes. Because the changes must not be focused on people (“To err is human…”), but on structures, processes and practices.