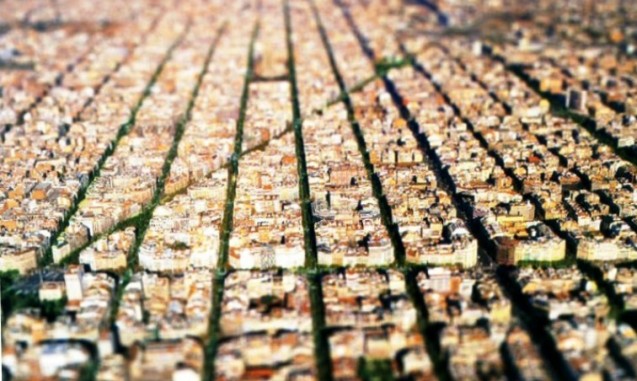 // A Community Network to Combat Isolation and Social Exclusion

Montse closes her pharmacy at half past eight. All day long, people have been stopping in because her pharmacy is located in the centre of Barcelona. She helps tourists with emergencies on their unmissable visit to the oldest part of the city and she helps people from the neighbourhood, both the ones who have lived there for their whole life and newcomers. She dispenses medications, helps people with the language and gives directions. She also stays alert and attentive, keeping an eye on the dynamics of her most regular customers, watching for marked changes in their routine, behaviour or appearance. If Senyora Paquita, who comes in every week to pick up her pills, has not done so by Friday, Montse raises the alarm. It could be that Senyora Paquita has become confused or something unexpected has come up. But she might also be lying on her floor for hours because, at 83 years of age and living alone, she has fallen and cannot get up or call for help. Montse has made a commitment to try to keep this from happening or to respond as quickly as possible if it does. Like hundreds of other residents of Barcelona, she is a member of the Radars project.

“Radars is a programme sponsored by the Barcelona city hall to identify people at risk of isolation and exclusion. The request is for us as neighbours and commercial establishments to inform the social services when we notice anything out of the ordinary.” Montserrat Gironès sits on the orthopaedics committee of the Barcelona College of Pharmacists. Her pharmacy has taken part in the Radars project since February of this year. But the initiative (devised by citizens and for citizens) first got underway in 2008 in the neighbourhood of Camp de Grassot. The results were so positive that the city council decided to turn it into a government measure and extend it to the entire city of Barcelona. The idea is for people to be able to stay in their homes as long as possible, thanks to the involvement of others in their environment and to the assurance that someone is looking out for their well-being.

Radars is a network for community action and prevention drawing on the involvement of neighbours, shopkeepers, volunteers and professionals in collegial associations and public services. Residents take care of each other and give support to the most vulnerable members of the community, building relations to make the city a more human, mutually supportive place to live. Thanks to everybody’s collaboration, it is easier to quantify and identify people who are at risk of isolation, take steps in response to detected needs and raise community awareness about these kinds of situations. As champions of the project put it, we need to take on board that all of us are ultimately part of the solution.

According to the latest published data, there are 566 neighbourhood members of Radars and 306 shopkeepers. The project counts on the involvement of 164 associations and it helps 409 users. Priority goes to helping people over 75 years of age who live alone, with someone over 65, or in a residence with architectural barriers. Each member of Radars takes on part of the task based on their particular commitment.

The city hall contacted the Barcelona Association of Pharmacists and invited the body to take part. Montse recalls that “we responded that we aren’t shopkeepers: we are health workers. If we joined the programme, we would have to bring some value added. So we came to an agreement where we defined three types of potential collaboration. The basic Radars members would be establishments that, like shops, limited themselves to identifying and communicating situations of risk. We could also act as go-betweens: what has happened is that older people are afraid of theft and don’t want to open their door to social services people if they don’t know them. So we offer a place for them to meet. Lastly—and this is the most common option among professionals—we can function as specialized Radars members. This means that we not only detect problems, but also contribute to solving them”.

Pharmacies can take action in various ways: reviewing medications being dispensed to customers, improving adherence to the established treatment, doing follow-up with personalized drug delivery devices, giving healthcare education on a variety of pathologies and helping patients adopt healthy lifestyles. Personal Dosage Systems (SPDs), which were originally an initiative of the Barcelona Association of Pharmacists, are now being used throughout the country. SPDs are tailored packaging to avoid confusion when taking medication and to improve patient compliance with treatments, which in certain illnesses is only 50%.

“A polymedicated person, for example, can need daily pills for diabetes, high blood pressure, cholesterol, for sleeping … this means that they have to take two or three pills with every meal of the day. We prepare a weekly blister pack that shows when each medication needs to be taken. They don’t have to think about it: just look at the box where it says ‘Monday breakfast’ and take the pills. For those who don’t know how to read, we draw pictures. What we do require is that when they return to get the next blister pack, they bring the last one. This is how we can check whether they have correctly followed the instructions.”

Each package is an inch-deep blister pack with room for 28 pills, one for each meal on each day of the week

Each package is an inch-deep blister pack with room for 28 pills, one for each meal on each day of the week. The packaging also describes the pills by size and colour (large pink = blood pressure, small blue = cholesterol). For anyone who cannot read, different pictures of the sun (shining or half-hidden) and the moon help to identify when to take the pills. In the back of her pharmacy, Montse has dozens and dozens of these packs in piles. Some have few pills in them, while others are full. The dozens and dozens of blister packs correspond to dozens and dozens of larger containers where the open boxes of pills are kept: the customer takes no more than the weekly dose and the rest is stored in the pharmacy to fill subsequent blister packs. And the stacks of larger containers also come with stacks of documents, both digital and paper, where all the information is recorded: every box, every batch, every prescription, every change in treatment, etc.

“People are not aware of the work we do. The cost of the blister pack and of the time we spend (it takes two people because protocol dictates that the packaging must be filled by one person and reviewed by a second person before being sealed) is about six euros that we do not charge: we are deducting it from our profits.” The pharmacist is the health worker closest to the general public. He or she is the one just round the corner from home, the one you visit most often—and perhaps for the longest: Montse has customers who have been coming to her pharmacy for fifteen years—and it is the one that feels closest. “It’s not that we do different things now than before. Because pharmacy is a vocation, you have to be there to serve. But thanks to Radars, we know where to call.”