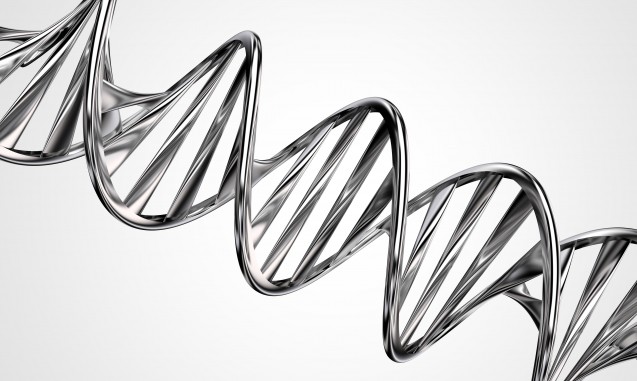 When we are born, every cell in our body contains the same gene sequence. However, during our lives some genes may change, and end up causing cancer. Tumour cells will not have exactly the same DNA as healthy cells. The determination of genetic differences between healthy and abnormal cells may be of great help in fighting cancer.

A computational genomics group in Barcelona has just created a computer program to detect mutations quickly, simply and precisely. They are identified by directly comparing the genomes of healthy and tumour cells in the same patient. This procedure was already possible, but now it can be undertaken in less time, at a lower cost and, more importantly, with better results. The new method will make genome analysis more accessible.

Methods to identify mutations in tumours

Previously, cancer-causing gene mutations were identified by comparing the DNA of healthy and tumour cells, using a human reference genome as a guide. Many staff were needed to complete the analysis, and various computer programs had to be used, as each one could only detect some kinds of variants. As a result, the process was slow and complex, and did not capture all of the relevant information.

The new method is called SMUFIN (Somatic Mutations Finder). It can detect alterations rapidly and automatically, without having to use a range of programs. SMUFIN can identify genome changes that were not picked up by the previous analysis systems. For example, it can locate chromosome rearrangements that were generally overlooked in the past. This may help to determine how chromosome alterations affect tumour progression and aggressiveness. 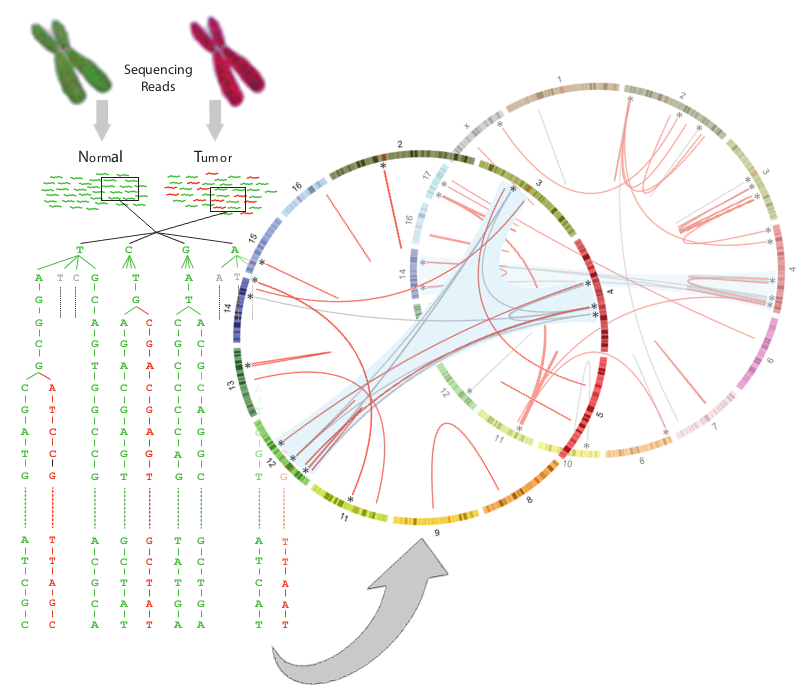 The first step in the procedure is to extract a sample of healthy and tumour cells from the person with cancer. Then, the genes of the two kinds of cell are sequenced and compared to assess the differences between them. The appearance and progression of the tumour can be attributed to these genetic changes. Then, depending on the mutation that is found, the right drug can be selected to act on the specific target. So information from the analysis helps us to design specific treatments for each patient. However, personalized treatment is not the only advantage that this new method has over the old systems.

With SMUFIN, a study that in the past would have taken up to a week can now be carried out in just a few hours much more economically; and an entire genome analysis, which used to cost between two and three thousand euros, can now be completed for around seven cents. This cost reduction makes genome sequencing and comparison technology more accessible, particularly for centres that do not have many computational resources. The analysis results obtained with the new method are guaranteed to be more accurate, even if genomics experts were not involved.

In the future, tumour mutations detected with SMUFIN could be compared with a database to identify the drugs that most effectively mitigate the changes produced by certain cancer-causing mutations. So, in addition to making diagnoses faster and more accurate, SMUFIN results could help tailor treatments to the specific characteristics of each tumour. This would make cancer therapies more effective and less aggressive.

SMUFIN was developed by the Computational Genomics Group at the Centre Nacional de Supercomputació (the Barcelona Supercomputing Center, BSC-CNS), led by David Torrents, in conjunction with Elías Campo’s team in the Human and Experimental Functional Oncomorphology research group at the August Pi i Sunyer Biomedical Research Institute. Other participants include the National Genome Analysis Centre (CNAG), the European Molecular Biology Laboratory (EMBL, Heidelberg) and the University Institute of Oncology at the University of Oviedo (IUOPA).

The program will be available to researchers for free; a fee will only be charged if it is used for commercial purposes. Supercomputing centres will be able to use the program to identify thousands of mutant genomes in a short time. In fact, the BSC already participates in a major global initiative on cancer genomics: the International Cancer Genome Consortium, which studies the genetic basis of a large number of tumour types through the genetic analysis of thousands of patients.