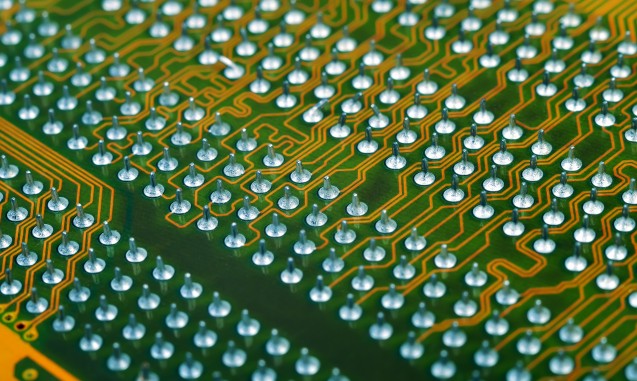 Computers that can perform billions of operations a second are known as supercomputers . Typically, supercomputers are used to solve problems that are so complex they exceed the calculating capacity of a conventional computer. For example, they can be used to run climate forecasts, do flight simulations, analyse seismic movements, study the universe or predict the effects of a nuclear explosion. They are also being used to answer a question that is as old as the history of science itself: the question of what life is and how it works.

Modesto Orozco, a professor of Biochemistry and Molecular Biology at the University of Barcelona, is principal investigator in the Molecular Modelling and Bioinformatics group at the Institute for Research in Biomedicine, and he is also director of the Life Sciences department at the Barcelona Supercomputing Center (BSC), an institution that houses the most important computing cluster on the Iberian Peninsula. The BSC came out of an agreement reached in 2005 between the Spanish Ministry of Economy and Competitiveness, the Catalan Government’s Department of Economy and Knowledge, and the Universitat Politècnica de Catalunya. The BSC offers supercomputing services to the scientific community and has a team of researchers working in computer, earth and life sciences and on computer applications. The main goal of the Life Sciences department is to gain a deeper insight into the origin, evolution and function of living organisms.

Algorithms to explain the life

The desire to explain the behaviour of living organisms led to the birth of computational biology, a discipline that uses algorithms and calculating programs to explain biological processes. As Dr Orozco explains, the results have had a major impact in terms of research, but they also bear a direct influence on people’s quality of life: “Computational biology helps us to create drugs, for example, using mathematical models to predict activity in molecules and design molecules that have the optimal qualities. We also use it to understand how proteins work and how to simulate the behaviour of a cell based on its basic elements. From the data obtained in sequencing, transcriptomics and other types of experiments, we can predict the likelihood that a person will develop a given illness or whether a patient will be more responsive to one type of treatment or another. All of this information is generated through experiments, obviously, but it also comes from computational biological calculations.”

As a result, computational biology has an important contribution to make towards the achievement of one of medicine’s most cherished goals: being able to adjust the treatments for illnesses to the individual conditions of each patient. “Personalized medicine is basically computational biology,” observes Dr Orozco, “but computational biology goes farther: it enables us to understand how an enzyme works, how to design de novo proteins, how to find the pathway that must be inhibited to obtain a given therapeutic result, and more.”

As one of Europe’s leading experts in the simulation of biological systems, Dr Orozco finds himself at the forefront of a new branch of knowledge that aims at representing, understanding and predicting the behaviour of living organisms by means of theoretical algorithms. “We are working in a field of computational biology that tries to grasp what a system is like and how it evolves, starting from first principles and using the information we have,” he concludes. “This is radically altering our view of the chemical functioning of molecules—indeed, the 2013 Nobel Prize was awarded in recognition of the development of software models that can be used to understand complex chemical processes. It is also changing the way we increase our knowledge of what we call life. We could view life as a kind of highly complicated chemical reactor in which everything happens according to a complex stochastic regime. Hence the difficulties we face in understanding it. Simulations allow us to control conditions that we define perfectly and then to watch what happens in silico—that is, using a computation simulation—in order to predict what is happening in vivo.”