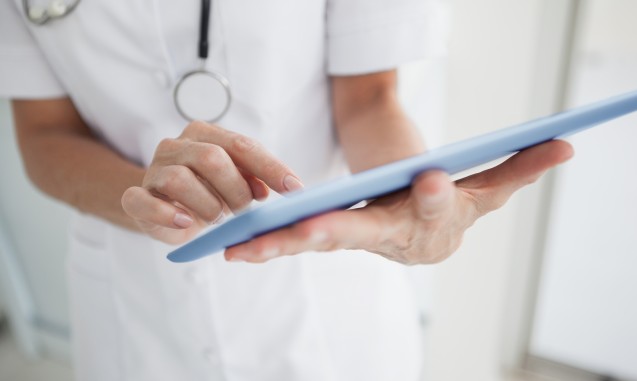 The digital divide is not insurmountable, at least as far as health is concerned. This is the first conclusion of the Telèmac project, a study on the efficacy of new technologies in chronic care undertaken by the Catalan Institute of Health in collaboration with the Government of Catalonia’s Telecommunications and Information Technology Centre. Most of the patients involved in the study considered that telemonitoring helped them to find out more about their illness and to be more independent. At the same time, it made it easier for health professionals to monitor the patients’ state of health. Telemonitoring therefore made them feel more secure.

In October 2013, close to four hundred volunteers began to monitor vital signs, such as their blood pressure, blood oxygen level, heart rate, sugar levels and weight, on a daily basis in their homes. All volunteers were complex chronic patients with advanced diseases who had heart failure or chronic obstructive pulmonary disease, at least. Depending on the disease, patients were provided with different devices (glucose meters, pulse oximeters, blood pressure meters or scales), which were connected by M2M technology via a tablet. Each time the devices were used, the data were automatically included in the patient’s medical history.

The system generated alerts when changes in normal values were detected. In the case of a red alert, health professionals acted immediately in response to the potential risk. In a yellow alert, the patient was contacted by telephone or visited at home to check the anomaly. A white alert meant that the biomeasure was correct. The patients were divided into two groups that were homogeneous in number, age and sex. For the comparison of results, one of the groups was tracked using telemonitoring and the other was monitored either face-to-face or by telephone. Members of the group that was monitored online and their carers received specific training on how to use the devices.

Around fifty professionals from five primary care teams in Barcelona were responsible for monitoring the patients during the 12-month study, which has now terminated. The Jordi Gol Institute for Primary Care Research designed the project methodology, and is currently analysing the results. The aim of the programme was to assess whether tools for telemonitoring vital signs could help to improve patients’ quality of life. In addition, the goal was to determine whether telemonitoring could reduce the number of accident and emergency visits and the length of hospital stays of complex chronic patients, who use a high proportion of available sanitary resources. The data generated by the devices should help to prevent potential complications, and determine which actions to take in less serious states, so reducing care costs for chronic patients.

The variation in health care activity still needs to be assessed. However, data such as the satisfaction of participating volunteers have already been released. The figures are high: 78% of patients stated that they were able to monitor their disease better and 82% considered that the system was easy to use, even though they had little or no previous experience of new technologies. A total of 97.6 % patients had generated at least one yellow alert, and 81% a red alert. Health professionals considered that the inclusion of data gathered from the patients’ homes in the medical history was of great use and made care easier.

The initial conclusions of the Telèmac project indicate that computer-illiterate users’ minimal experience of new technologies should not hamper the introduction of telematic solutions to facilitate their care. The results show that, with suitable training, patients adapt easily to the technology if it has a direct impact on their well-being. In addition, the knowledge that someone at the other end of the digital resource is monitoring their health and is ready to intervene when necessary helps patients to feel more relaxed and secure.