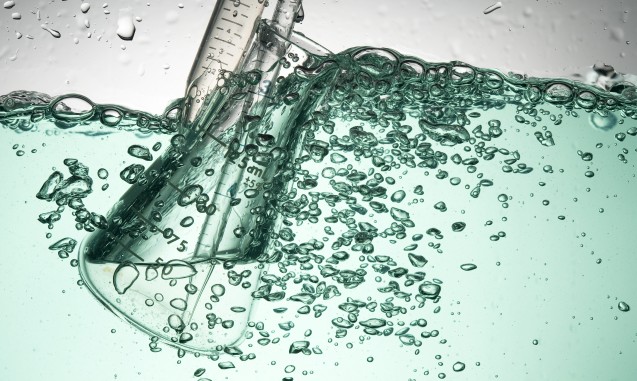 The ALFA study (Alzheimer’s and Families)

//The Pasqual Maragall Foundation: looking for the causes of Alzheimer’s

Every four seconds, a case of dementia is diagnosed. Ten per cent of people over 65 years suffer from some form of dementia, and this proportion rises to reach 50% by the age of 85. More than half of these cases are Alzheimer’s, which is the main form of dementia and the fourth leading cause of death in developed countries. Alzheimer’s is a progressive, irreversible disease of unknown origin, and at present there is no cure or preventive treatment. In this condition, the brain damage begins between ten and twenty years before symptoms are evident; therefore, by the time the disease is diagnosed, it is too late. To be able to intervene in time, we need to know what happens during the preclinical phase of the disease. This is the main objective of the ALFA study created by the Pasqual Maragall Foundation (FPM).

The foundation was set up by the former president of the Catalan government, Pasqual Maragall, who, in 2007, announced that he had been diagnosed with Alzheimer’s. Shortly afterwards, the foundation was created to promote scientific research into the disease, applying an innovative model based on unconventional projects. One of these projects is the ALFA study. “The name is a contraction of ‘Alzheimer’s’ and ‘Families’,” explains the neuropsychologist Nina Gramunt, director of the foundation’s clinical research programme. The study is aimed primarily at people who have the disease and their children, though it also includes a group without a family history. “The participants are volunteers between 45 and 75 years. They have all undergone a thorough evaluation, supplemented by various tests based on specific scientific objectives. In all we have assessed around 2,750 volunteers, and 2,400 met the inclusion criteria.”

The Alzheimer’s and Families study

The first assessment prior to inclusion in the study was a cognitive screening examination in which volunteers underwent a series of memory and orientation tests in order to check their cognitive abilities. They were asked to attend in the company of a family member or friend able to assess possible changes in their daily lives. “One of the symptoms of Alzheimer’s patients in the early stages is anosognosia,” says Dr. Gramunt, “that is, a lack of awareness of their neurological deficit. We need to check the information the subjects give with someone who knows them well in order to know how accurate their memories of everyday life are. If the person meets all inclusion criteria, we make a summary of the clinical history and record their height, weight, blood pressure, and so on. Finally, the subjects undergo a series of wider and more detailed tests to detect subtle cognitive deficits before these deficits become visible. When the visit ends, the subjects are already participants in the study. They are sent links to questionnaires regarding their toxic habits, diet, exercise, work activity, exposure to environmental pollution throughout their lifetime, and so on, so that we can draw up a map of potential risk factors for that particular person.”

Dr. Manel Esteller’s research group is in charge of the genetic analysis, which determines, among other things, the ApoE of all the samples collected. Subsequently, volunteers will be called in order to perform more specific tests. “Right now we have about four hundred participants in a brain MRI study. Later, we will perform a PET brain scan in another subgroup. We have also planned a lumbar puncture study, because the analysis of cerebrospinal fluid removed from the spine allows us to estimate the presence or absence of beta-amyloid in the brain. We intend to repeat the testing every three years. Therefore, we ask participants to agree to stay in the study for a long period. The cross-sectional comparison provides information on a significant number of people. But we expect that the most interesting results will come with the longitudinal follow-up study.” The project began in April 2013, and the recruitment of volunteers will be completed in November this year.

“Alzheimer’s was described in the early twentieth century by Alois Alzheimer. Since then, our understanding of the medical, scientific, and social aspects of the condition has made significant progress. What is less well known – and this is the focus of our research – is what causes it. We know that the main risk factor is aging.” After 65 years, the prevalence of the disease grows exponentially every five years. And the number of sufferers, according to Dr. Gramunt, can be reduced by half by just delaying the onset of disease five years.

There is a variant of early onset Alzheimer’s disease, linked to proteins called presenilins, which is hereditary. This is an unusual form which can be predicted and detected before the age of 60. But it represents a small percentage of all cases. The most common late onset form of Alzheimer’s disease is usually detected towards the age of 70. Age is not the only predisposing factor; other factors “may be genetic, related to lifestyle, environmental … the thing is we don’t know how much each of them contributes. The ALFA study focuses precisely on the pre-clinical phase, in order to detect these factors and find markers that allow us to predict that a person will develop the disease in the future.”

From a clinical standpoint, Alzheimer’s is a progressive loss of cognitive skills, thinking, memory and reasoning that seriously affects people’s daily lives. Neuropathologically it is distinguished by the accumulation of beta-amyloid plaques and neurofibrillary tangles in the brain. And there is also a component of genetic susceptibility linked to the Apo E4 gene, the gene that encodes apolipoprotein in its E4 allele. However, this does not mean that people who have any of these characteristics necessarily suffer the disease. “Today we cannot be 100% sure that someone who has this substance in the brain will develop Alzheimer’s. The same goes for genetic susceptibility: you may have the gene and not develop the disease, or you may not have the gene and develop it. However, a person of a certain age who has beta-amyloid plaques in the brain and carries the Apo E4 obviously runs a greater risk. Risk factors raise your probability of suffering Alzheimer’s, but they are not decisive.”

«Alzheimer’s has no cure. There is treatment, but it is strictly palliative: it does not modify the course of disease or repair the damage»

“What we do know is that when the symptoms begin to appear, the brain has already been experiencing neuropathological changes for many years. And these changes are irreversible.” Alzheimer’s has no cure. There is treatment, but it is strictly palliative: it helps to make the symptoms more bearable but does not modify the course of disease or repair the damage. When Alzheimer’s is diagnosed, the process is already underway and there is no way to stop it. “There are secondary prevention strategies that can delay its appearance but avoid delays. For example, cognitive reserve. Leading a particularly active life – not necessarily in terms of educational achievement, but for example having cognitively stimulating employment and engaging in leisure activities – seems to provide greater resistance to disease. Each new learning process produces new synaptic connections, which is the means by which neurons are connected to each other and generate new ones. The more we learn, the denser and more resistant our neural network, which postpones the clinical manifestation of the disease. Unfortunately, there comes a day when the condition develops and we have to face its consequences. But it does take longer.”

Each process is different, although the clinical course is similar. “In the most common pattern it is the memory that is affected first, to a degree that really disrupts daily life and really changes how the person behaves. The doctor must check that is not due to anxiety – there are anxieties in life such as mourning, retirement, and so on, that alter memory. Later, it affects the overall capacity to establish judgments, to reason, to plan ahead. And as the disease progresses, the subjects present more deficits in orientation.” Thus, their autonomy is gradually diminished until they reach a state of total dependency.

This process can take years or decades. “Generally, the process lasts from five to 15 years. But there are cases that last three years and others that exceed 20; it depends on the neurobiological definition of the brain of each individual on the one hand, and also d on their general state of health.” Alzheimer’s sufferers may have other diseases too. Patients with concomitant disorders of aging such as blood pressure, diabetes or cancer, will obviously have a lower life expectancy. However, Alzheimer’s in an individual in good health may last for a very long time. “In developed countries the shape of the population pyramid is being reversed: there are increasingly fewer young people, and more elderly. Today one can quite easily reach the age of 80 years in a reasonably good state of health, but we cannot stop a neurodegenerative disease like Alzheimer’s. Therefore, we are heading towards a society in which dependency will undoubtedly be a problem.”