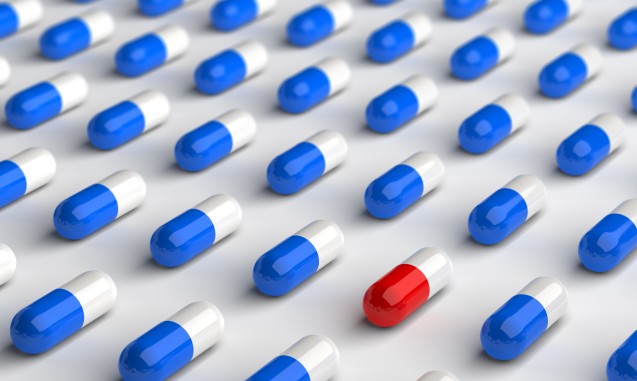 Perfect compliance with a therapeutic regimen significantly reduces the risk of mortality. Nearly half of all chronic patients, however, admit not taking their prescribed medication rigorously. Poor or non-existent adherence to treatments is a real health issue: it leads to roughly 200,000 premature deaths in Europe each year, and it adds costs in the region of 125 billion euros. In the case of cardiovascular disease, it also gives rise to a great number of hospitalizations and an increased risk of death ranging between 50% and 80% among people who have previously suffered a heart attack. As a result, the lack of therapeutic adherence has serious consequences at the personal, social, healthcare and economic levels and there is a need to clarify why people stop treatment prematurely, and then find solutions to the problem. The Spanish National Centre for Cardiovascular Research (CNIC) and Ferrer Laboratories have a new solution to propose: the Pollypill, an innovative formula to help patients with the tiresome and monotonous task of taking medication.

The World Health Organization defines therapeutic adherence as “the extent to which a person’s behaviour—taking medication, following a diet, and/or executing lifestyle changes—corresponds with agreed recommendations from a health care provider”. Only half of patients faithfully take medications as prescribed, while advice related to dietary or lifestyle changes is followed even less regularly: only 25% of the time.

Simplifying regimens has been demonstrated to improve adherence

A variety of factors may account for poor adherence to doctor’s orders: the characteristics of the patient and doctor, the relationship between them, the type of illness, the complexity of the treatment, and so on. Ultimately, any of these reasons can lead patients to stop treatment. They may forget to take their drugs, be afraid of adverse effects, fail to understand the reason why their medication is necessary or, quite simply, they could grow tired of it, particularly in the case of chronic, poly-medicated patients. Simplifying regimens has been demonstrated to improve adherence and reap savings, because the most straightforward treatments are typically more economical and more readily available.

Mindful of this tendency, researchers at CNIC carried out a study to find out which factors determine treatment adherence in the case of cardiovascular disease. The study looked at 2,118 patients from five countries (Argentina, Brazil, Italy, Paraguay and Spain), all sharing one trait in common: they had all suffered a myocardial infarction. To prevent a second cardiovascular event, the patients were prescribed a preventive regimen that typically involved a combination of four drugs: statin, aspirin, a beta-blocker and an ACE inhibitor.

Only 45.5% of patients followed their treatment to the end

The first phase of the study found that only 45.5% of patients followed their treatment to the end. The patients with poorer levels of adherence were those younger than 50, those who had to take more than ten pills daily or follow complex regimens, and those who had depression or a sedentary lifestyle. The study also suggested that patients with a low level of education or social integration could have a low level of adherence. The second phase of the study focused on evaluating the use of formulas such as the Pollypill to achieve better prevention of heart attacks among people who had already suffered one. The researchers came to the conclusion that simplifying the regimen did indeed enhance compliance: adherence by the patient group given the Pollypill climbed almost ten points in relation to the control group, which continued taking each drug independently.

Three drugs in one

In a single pill, the Pollypill combines three medications that were previously taken separately:  Atorvastatin, acetylsalicylic acid (aspirin) and Ramipril. From a technical viewpoint, putting various active substances together in a single preparation is far from easy. But developers expect to gain benefits to compensate for their hard work: substantially increased adherence to the drug regimen and, by extension, better secondary prevention. In addition to a lower risk of mortality for people who have previously suffered a heart attack, the goals of the Pollypill are to enhance the quality of life for chronic patients, who will have to take medication less often, and to help ensure the sustainability of the system, averting hospitalization for cardiovascular events.

The initiative is the product of a public-private collaboration between CNIC, which detected the need, and the pharmaceutical company Ferrer Laboratories, which has provided the resources to find a response. The new medication will come on the market under the brand name Trinomia. The European Commission has already recommended approval and Spain has included it on the list of medications funded by the Social Security Administration. It should not be forgotten, though, that the Pollypill may well help to reduce the chances of further incidents, but prevention still calls for managing risk factors such as smoking, hypertension, diabetes and a sedentary lifestyle.