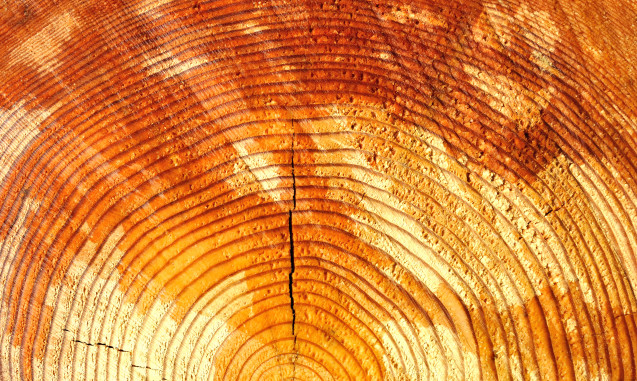 Ageing is an inevitable, irreversible process, but it is not necessarily negative. Francesc Formiga stresses the positive aspect of ageing: the benefits that also come with growing old. Formiga holds a PhD in Medicine from the UB, and leads the programme on ageing at the Hospital Universitari de Bellvitge. He was national coordinator of working group on “Heart Failure” for the Spanish Society of Internal Medicine (SEMI) and the principle investigator for the IDIBELL research group ”Systemic Diseases and Ageing”. He is editor in chief of the Revista Española de Geriatría y Gerontología, and author of over two hundred papers in prestigious science publications. His area of specialization is ageing and age-associated diseases, particularly heart failure, dementia, falls and osteoporosis.

From the biological point of view, what is ageing?

Ageing can’t be defined exactly, but the most widely accepted idea is that it is just a part of the life cycle: that is, a person is born, goes through childhood, adolescence and adulthood and, at a certain point in time, begins to age. But the ageing process doesn’t start at the same time for everyone, and not even all the organs in the same person age at the same rate. It’s difficult to define ageing; it involves a loss of faculties, but it can bring benefits as well. We talk about ageing as a wide-ranging phenomenon: it is a physical process, but also a psychological one, a social one, and so on. As we age, we acquire positive values such as knowledge and experience. From the strictly biological point of view, our organs start to lose their ability to function. But again, we shouldn’t generalize: we should look at each individual on their own merits. Some people age more quickly, and others more slowly.

What’s the difference between chronological and biological age?

Our chronological age is the age that appears in our passports: the number of years we have lived. It’s the only objective measure. Our biological age, on the other hand, is the age we appear to have. For instance, there are ninety-year-olds who look twenty years younger. These people are fitter than most people of their age, and in fact there are ways of quantifying this (for example, by measuring the testosterone levels they generate). But it’s difficult to do this systematically, because we might find someone who has the same renal capacity at the age of 80 as at the age of 50 but walks slowly or is socially inactive. In any case, it’s very difficult to assign a biological age, because people may not be as young as their appearance suggests.

When do we begin to age, and when do the symptoms of ageing start to become obvious?

Around the age of 30 our bone mass stops increasing. It’s also said that after a certain age the brain no longer has the plasticity to learn many new things. And the question of hormones is essential: the menopause in women, falling testosterone in men … Some people say that we start to age from the moment we are born. But I see it more as the process in which most of our functions begin to diminish rather than grow: we have fewer neurons, fewer nephrons, less muscle strength, and so on. This is all part of normal ageing. Of course there are also pathological and optimal forms of ageing, and we will be talking about the optimal form at the International Conference on Healthy Ageing [Dr. Formiga is a member of the scientific committee that drew up the programme].

Ageing is not a pathology ‘per se’, but it favours the emergence of a number of diseases. What are the main symptoms of ageing (that is, the processes that affect all individuals) and what are the major diseases that arise with age?

«Ageing is not a pathology; it is a fact of life»

Obviously, ageing is not a pathology; it is a fact of life. As far as the symptoms are concerned, our hair turns white, men may go bald, we need glasses to see up close, we hear less, and so on. Then there are factors that may increase the risk of disease: the pancreas ages and stops secreting insulin, we may develop diabetes, we may put on weight, our blood vessels may narrow, our blood pressure may rise leading to a stroke or a heart attack. Unhealthy living habits such as smoking and drinking compound the risk.

Inevitably, the ageing process is associated with illness. Rates of cancer, heart failure and dementia rise in older people. And as age increases, morbidity rates also increase, at least until the age of 80. From the age of 80 or 90 onwards, we find people who have avoided these diseases, either for genetic reasons or thanks to the environment in which they have lived. These people are known as “escapers” or “survivors” and we can learn a great deal from them. Of course, most of us, for better or for worse, will suffer diseases associated with ageing.

What is longevity, and what is life expectancy?

Today we’re more likely to speak of life expectancy than longevity. Longevity is the length of life, the number of years lived. It’s a descriptive term rather than a scientific one. Life expectancy is the average age that people born in a given year will live. And of course, it’s rising. My life expectancy is less than my son’s, but much higher than that of my parents. In 2013, life expectancy in Spain was about 82, or 82 and a half: around 79-80 for men, and 85 for women.

Does this difference in life expectancy between men and women have more to do with habits and environmental conditions than with genetics?

Yes, and in fact the difference seems to be narrowing. Historically men have drunk more and smoked more, they are more likely to have been exposed to elements like asbestos in the workplace or  to have been involved in road accidents … and these are all things that made men die earlier. The strange thing is that now, at least in Catalonia, men who reach 85 or 90 years are more likely to be in good health than women. This is the “survivor” profile. In contrast, women tend to reach older ages because they tend to have avoided the risks mentioned above and so the diseases associated with ageing affect them at a later stage.

And what factors have contributed to the lengthening of life expectancy?

Many factors are involved. Children and women no longer die during childbirth, there are fewer work-related accidents, and so on. But the most decisive factors are the introduction of hygienic and nutritional measures and infection control. In fact, the main difference between life expectancy here and, for example, in Nigeria is the presence or absence of starvation, malaria, and other infections. Many problems can be solved just by ensuring proper nutrition, implementing vaccination programmes, and making antibiotics available.

And what are the factors that threaten to reduce life expectancy?

I like to think of ageing as a positive epidemic – but it always has connotations associated with disease and disability, such as cancer, Alzheimer’s, dementia and cardiovascular disorders.

And what imbalances can be caused by this trend towards ageing in a population?

What we need to reduce is pathological ageing: achieving healthy ageing is our aim. The reduction of the birth rate also poses many problems. To reverse the population pyramid we need more births, because we do not want anyone to die. We want people to live long lives in the best possible state of health. Currently – and this is what consumes the most health care spending – many people have very poor QoL for the last 4 or 5 years of their lives. Prevention programmes need to promote active and healthy ageing. Genetic and epigenetic factors play an important role; but there are decisions that depend on the individual, such as choosing not to harm ourselves by using toxic substances, and deciding to look after ourselves properly. Diet and exercise can help us not just to live longer but to live better.

But this implies a change in culture: how can we persuade people to take more care of themselves?

Yes. It’s a priority, everyone talks about the need to raise awareness of active ageing. But if we organize a seminar, nobody comes. I think, for example, university degrees should include courses on this subject; I’d make them compulsory for the degree in medicine and optional for others. It’s the job of doctors to promote healthy living. The current situation must change.

It’s probably fair to say that we begin to age at 30 (even though we don’t notice it). But what is clear is that an overweight child will have problems in later life. Some children are already diabetic, and are unlikely to reach the age of 85 or whatever the life expectancy is at the time. Obviously, the earlier you begin to take care of yourself, the better. It shouldn’t become an obsession, but it’s really important nevertheless.

I should make one thing clear: as a clinician, I am more likely to talk about exercise and diet, but I should also stress the importance of socializing, training the memory, learning languages. I always advise retired people to study, because this kind of stimulation is vital throughout the lifetime.

Is the healthcare system ready to absorb the growing number of chronic disorders and pathologies? How do you rate the current provision of health services?

Everyone is aware that health has to be optimized and must adapt to the changes in the demographic structure, but there is no consensus on how (or when) the system should be reorganized. Solutions must be found, because this small percentage of patients is monopolizing resources and this trend is bound to become more pronounced with the progressive ageing of the population. What is more, the reversal of the population pyramid has coincided with the economic crisis, and this has hampered the implementation of new projects. We must be clear that reforming the care system and opting for prevention is expensive in the short term, but cheaper in the long term. Promoting healthy lifestyles is actually an investment that will help us to save money later on.