40 Symposium of the Spanish Economic Association (SAEe) in Girona 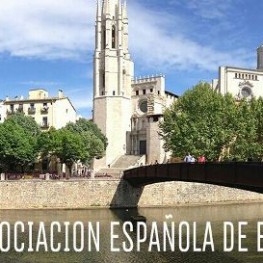 It iis the 40th edition of the symposium.

The main goal of the Spanish Economic Association is the promotion and dissemination of scientific knowledge in economics through the organization of conferences, publications and any other activity that may further that aim. The Simposio brings together experts in all areas of economics every year in December. The Spanish Economic Association Job Market, intended for PhD students in economics, also meets during the Simposio.

The venue for the 40 Simposio de la Asociación Española de Economía is the Girona Conference Centre (Auditori Palau de Congressos) located at the confluence of the rivers Güell and Ter, in the shade of the ancient and spectacular plane trees of the Devesa urban park.