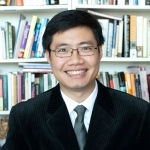 The Department of Applied Economics at Universitat Autònoma de Barcelona has invited Professor Quoc-Anh Do, an associate professor at the Interdisciplinary Center for Public Policy Evaluation at Science Po in Paris, to give the XREPP seminar entitled “How Social Networks Shape Our Beliefs: A Natural Experiment among Future French Politicians” (joint with Y. Algan, N. Dalvit, A. Le Chapelain, and Y. Zenou) next Tuesday, December 5, at 3pm.

Prof.Quoc-Anh  obtained a PhD in Economics at Harvard University and, previously, he  was professor at the Singapore Management University. His research interests span over several applied microeconomic topics, especially in political economics, economics of social networks, development economics, and corporate governance. His papers have been published in journals as American Economic Review,  Quarterly Journal of Economics and Journal of the European Economic Association among others.

More information about his profile can be found at https://sites.google.com/site/qaquocanhdo/Home

Abstract of the paper for the seminar:

“This paper shows how a public policy shapes beliefs through newly-formed social networks, with a focus on political opinion. We use a unique natural experiment that randomly assigns students into first-year groups at a French college that forms future top politicians. Pairs of students in the same group are much more likely to become friends. The randomized group membership serves as instrumental variable in a dyadic regression of differences in beliefs on friendship. We find that students’ political opinions become particularly closer between friends, especially by keeping friends from drifting apart. While there is evidence of homophily in network formation, it does not seem to affect the estimates of friendship effects. The same strategy shows that a longer network distance implies weaker effects.”.

The seminar will take place in Seminar room – A at the Faculty of Business and Economics – Universitat Autònoma de Barcelona. Access is free and requires no previous registry, but punctuality is advised.