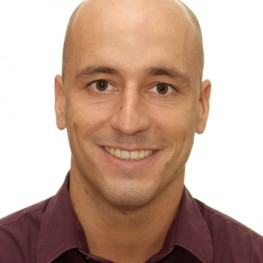 The Department of Applied Economics at Universitat Autònoma de Barcelona has invited Doctor Pedro Trivín García from Universitat de Girona and XREPP member at the GREMIR (Research Group in Markets, Institutions and Redistribution) to give the XREPP seminar titled “The Global Rise of Asset Prices and the Decline of the Labor Share” on the forthcoming Thursday, November 2nd, at 3pm.

The seminar will take place in Classroom B3/123A at the Faculty of Business and Economics – Universitat Autònoma de Barcelona. Access is free and requires no previous registry, but punctuality is advised.

The most recent draft of the paper is in the following link.

The labor income share has been decreasing across countries since the early 1980s, sparking a growing literature about the causes of this trend (Elsby et al., 2013; Karabarbounis and Neiman, 2014; Piketty and Zucman, 2014; among many others). At the same time, again since the early 1980s, there has been a global steady increase in equity Tobin’s Q. This paper uses a simple model to connect these two phenomena and evaluates its empirical validation. In our model a raise in equity Tobin’s Q increases equity returns and, importantly, depresses the capital-output ratio. The impact on the capital-output ratio reduces the labor share for standard values of the elasticity of substitution. Based on a common factor model, we nd that the increase in Tobin’s Q explains almost 60% of the total decline in the labor income share. We highlight three dierent factors that operate through the same theoretical channel, namely capital income taxes, monopoly mark-ups and corporate short-termism, and we nd empirical evidence for all them, not only for the rise of monopoly power (which has been the focus of recent literature). We also nd that the impact of the relative prices of capital goods on the labor share is not signicant. Finally, we use the model to suggest different policies that can revert this declining trend.