Vulnerability in Women's Philosophical Thought. Contributions to the Debate around Present Emergencies 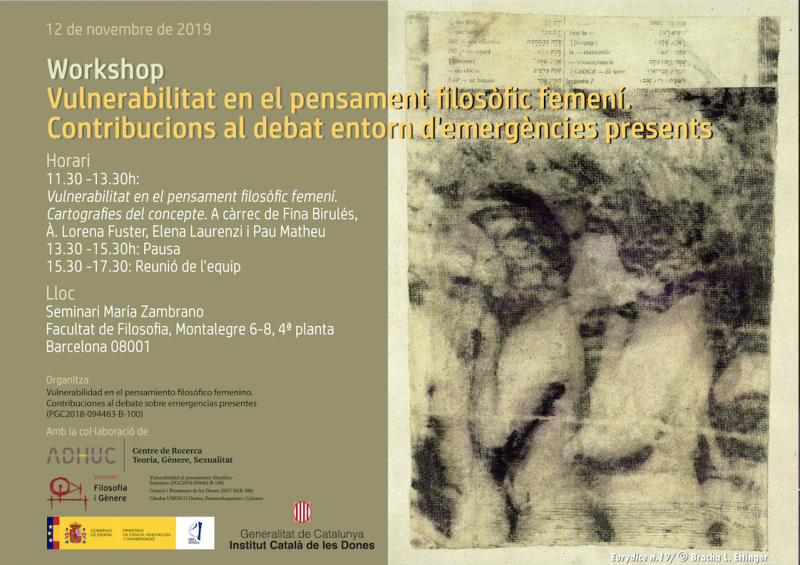 The Seminari Filosofia i Gènere–ADHUC organizes the first workshop in the context of the project "Vulnerability in Women's Philosophical Thought. Contributions to the Debate around Present Emergencies", PGC2018-094463-B-100 (MCIU/AEI/FEDER, UE). This session brings together the project's team to begin thinking about the concept of vulnerability. In the first part of the session, some of the members will begin to address the aspects in 20th-century women's philosophical thought which are useful to begin researching the concept of vulnerability and other related concepts such as contingency, natality, fragility and alterity. These pointers will be the first steps to tracing a cartography of the concept of vulnerability and to identify the research routes to be followed during the duration of the project. In the second part of the session, the group will concentrate on the activities that have to be done during the following months.