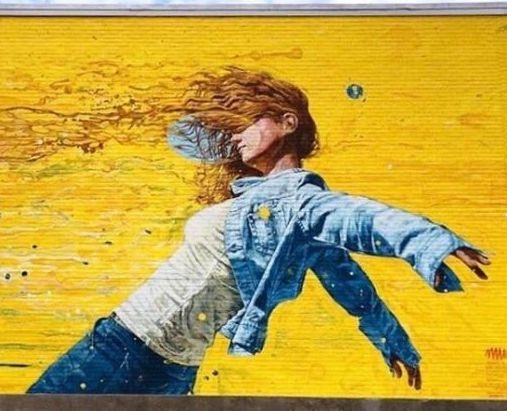 This project aims to study two figures of exclusion taken from political theory, female defectors (Martine Leibovici) and modern pariahs (Hannah Arendt), in the popular culture of the 21st century, in order to analyse how they represent and negotiate the categories of near-far in fiction from the perspectives of gender and sexuality, bearing in mind that this historical moment is characterised by dramatic population movements and situations of extreme precariousness. The theoretical framework will include political theory, cultural studies, affect theory and gender and sexuality studies, as this junction has been very fruitful in the production of theoretical figures. The objective is to establish a typology of exclusion figures endowed with agency based on the following factors: (a) gender and sexuality from an intersectional perspective; (b) mobility and sedentarism; (c) the problematization of the norm, commonality and community in the stranged subject; (d) emotions in the practices of stigmatization and emancipation.

The corpus is made up of a significant selection of literary texts, films, television series and 21st-century graphic novels, including speculative narratives, thus drawing from a mass culture repertoire that allows us to think about contemporary social and political questions. We will prioritise fiction by women writers, although this will not be a fully restrictive criterion: we intend to locate symptomatic figures of exclusion in a well-defined historical period and in texts that show an important political charge.

Popular fiction constitutes an improved corpus to analyse political inertia and negotiation processes, which can sometimes be concealed. On the one hand, these processes can act as political performative statements, as they individualize, make corporeal, provide characters with experiences, and make life stories thinkable and discussable in our 21st century cultural and social repertoire. On the other hand, popular fictions reach mass audiences with their ability to both entertain and provoke real affects. Therefore, popular fictions play a decisive role in constituting figures marked by alienation, strangeness and exclusion; they can reproduce homogeneizing stereotypes that confine difference to simplistic schemes, but also overcome them, providing these characters with complexity, subjectivity, capacity for action and life stories.

In order to overcome these stereotypes and generalizations, we will focus on differential  positions of gender and sexuality instead of in the reified figurations of alterity as figured by the universal masculine perspective: female refugees, exiles, migrants, but also workers, slaves, marginalized women, prisoners, etc. In a time when the world is subjected to constant drastic changes, fictional figures of exclusion are an excellent resource to study the complex processes that affect social and political negotiations, as they incorporate both the norm and its excess.