From 2010 – 2014, the LOGOS research group at the University of Barcelona (UB) joined with research groups in political philosophy at the Pompeu Fabra University (UPF)  and the University of Girona (UdG) in a large-scale research project titled PERSP: Philosophy of Perspectival Thoughts and Facts. PERSP was financed by the Spanish Consolider program, and it generated an enormous amount of philosophical activity and research output, forging ties between researchers at diverse universities that persisted well after PERSP’s funding ended. In order to formalize the partnership between the diverse analytic-tradition philosophy groups in Catalunya, the three universities came together to create the Barcelona Institute of Analytic Philosophy (BIAP); the creation of the Institute was officially approved on November 22, 2016.

In December 2022, the Spanish Ministry of Science and Innovation published the definitive resolution for the accreditations as a ‘Severo Ochoa’ Centre of Excellence and a ‘María de Maeztu’ Unit of Excellence for the 2021 call: http://bit.ly/3HEOQ0b 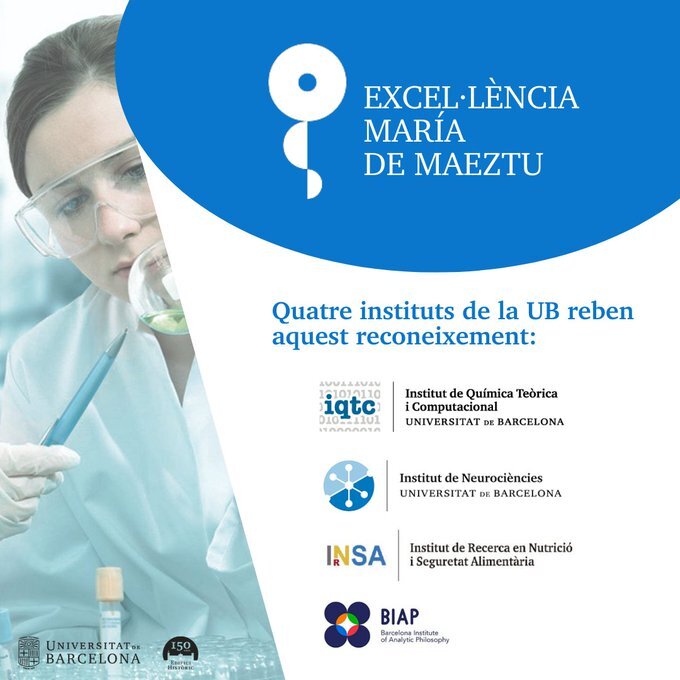 16/12/2022. BIAP has been awarded the ‘María de Maeztu Unit of Excellence’ Accreditation (2023 – 2027) by the Spanish Ministry of Science and Innovation, through the State Research Agency (AEI), with a €2M/4-year grant for a collaborative project on the nature and role of evidence. Further info: https://www.aei.gob.es/en/awarded-grants/centers-units-excellence