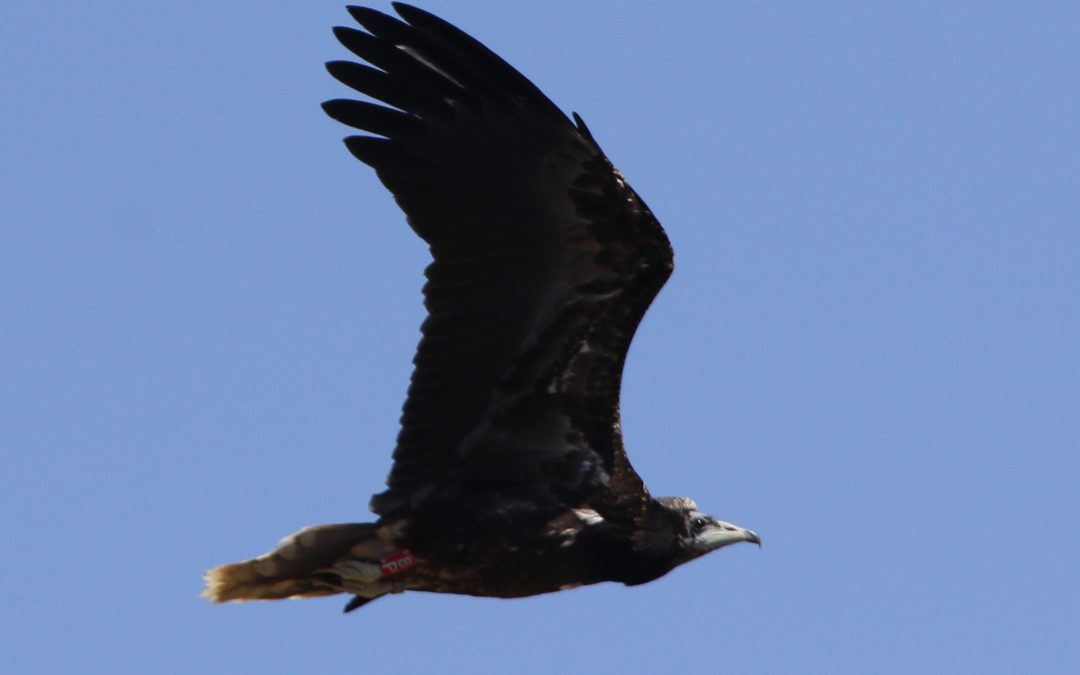 As part of the ringing and marking programme for the population of Egyptian vultures in Central and Eastern Catalonia carried out by the Conservation Biology Group of the University of Barcelona (see more information here), on the 28th June a chick was ringed in the Garrotxa Volcanic Zone Natural Park with a red alphanumeric coded band (8P) readable from long distances. This pair was first installed here in 2009, an area with no historical records, it nested for the first time in 2012 and, since then, almost every year it succeeded breeding and its chicks have been ringed and blood samples were extracted from chicks to examine their physiological state.

Well, this young with band 8P was sighted and photographed on the 25th August in Tarifa, just before crossing the Strait of Gibraltar towards Africa, while its parents were still in the breeding territory. In the pictures we show here, we first see the chick while it was ringed (Author: Kiku Parés, BCG-UB) and then the same individual on migration passing by Tarifa (Author: Alfredo Martínez), sighting realized during the magnificent campaign organized by Migres Foundation. We would like to thank the authors of the photos, as well as the Grup de Suport de Muntanya del Cos d’Agents Rurals (wildlife rangers) and the Garrotxa Volcanic Zone Natural Park. 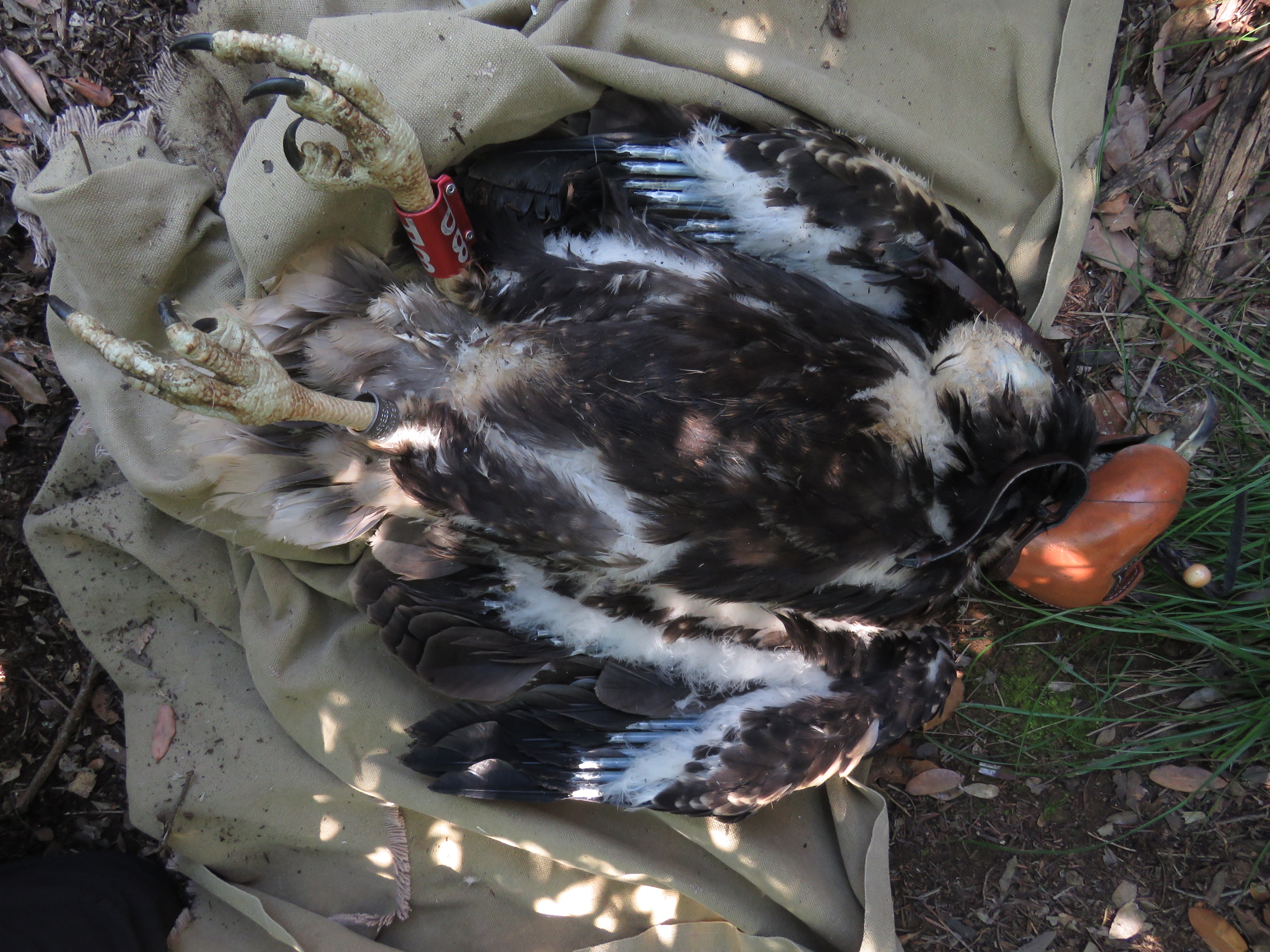 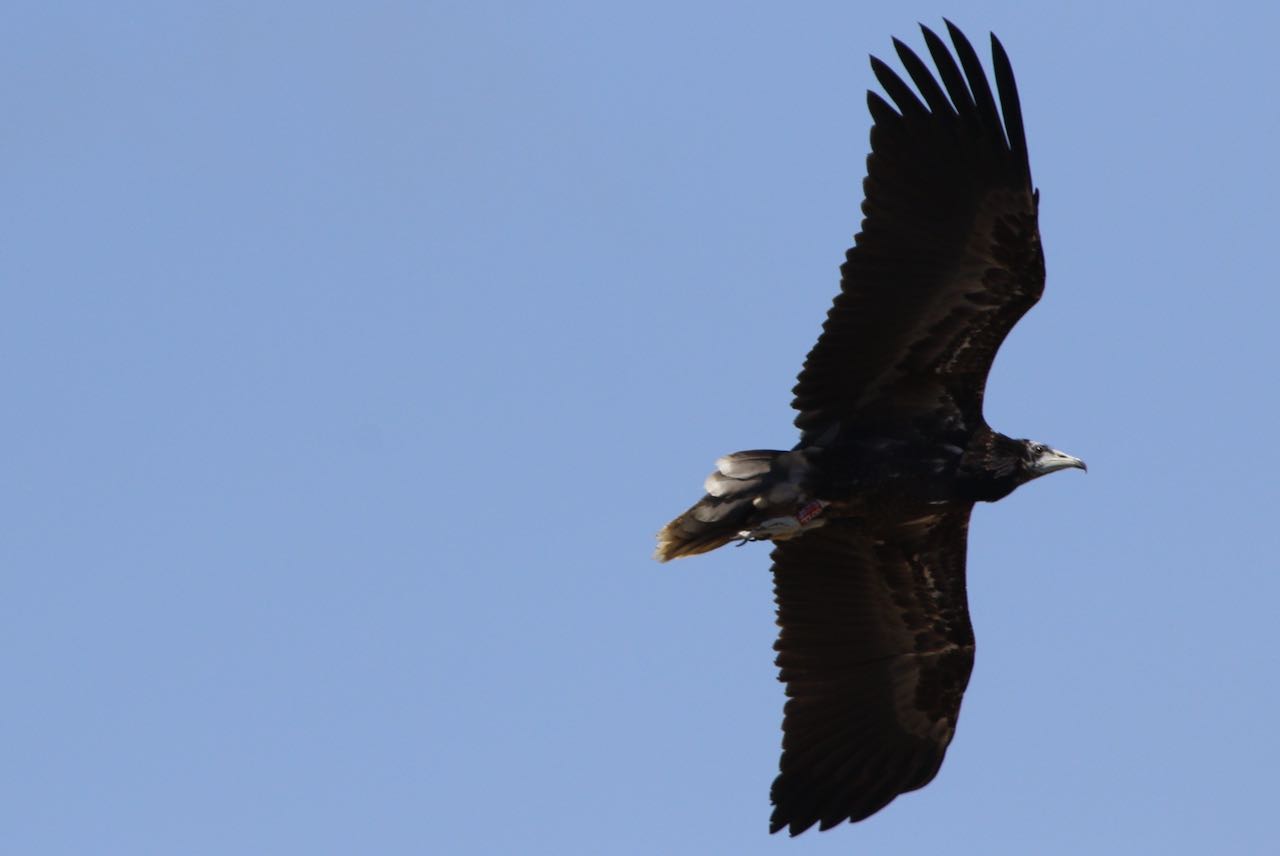