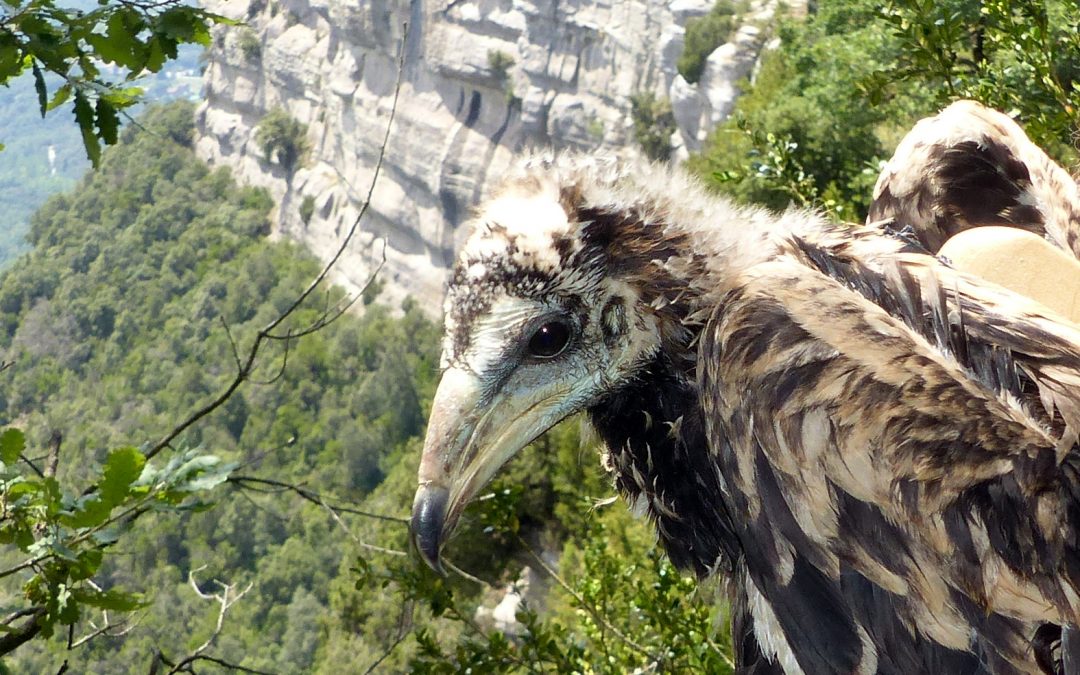 Within the framework of the project “Application of new technologies to know the effects of global and local change in the Iberian populations of Egyptian vulture. Applications for conservation” three Egyptian vulture Neophron percnopterus nestlings, a globally endangered species, were equipped with GPS-GSM transmitters. This project is supported by Red Eléctrica de España SAU, Fundación Catalunya La Pedrera and Diputació de Barcelona and is led by the Conservation Biology Group of the University of Barcelona (CBG-UB).

The fitting of the transmitters was carried out thanks to the collaboration between different public bodies. The CBG-UB, who besides carrying out the monitoring of the Catalan population of Egyptian vulture, ringed and measured the nestlings, and took biological samples from them, the Grup de Suport de Muntanya from Cos d’Agents Rurals (Catalan Wildlife Rangers, Generalitat de Catalunya) who captured the chicks, Víctor García Matarranz from the Ministry for the Ecological Transition, as well as rangers and technicians from the Sant Llorenç del Munt i l’Obac Natural Park and the Guilleries-Savassona Natural Area.

The individuals equipped with transmitters were born during the current breeding season and belonged to a territory in the Sant Llorenç del Munt i l’Obac Natural Park (2 chicks named ‘Ros’ and ‘Obac’) and a territory in the Guilleries-Savassona Natural, both included in Barcelona Provincial Council’s (Diputació de Barcelona) Natural Park Network, and in a private state in the Avenc de Tavertet area owned by Fundación Catalunya La Pedrera (1 chick named ‘Avenc’). These young Egyptian vultures will remain in the nest until they will be 70 days old and later, once emancipated, they are expected to begin the migration to Africa where they will remain until they are two years old. Then, they will migrate between the breeding areas in southwestern Europe and the wintering areas in Sub-Saharan Africa, although they are not expected to breed until they will be at least five years old.

The GPS-GSM transmitters offer a new perspective on movements and spatial use by tagged individuals, since they provide very precise and frequent locations of tagged animals even in remote places in the world. In the case of threatened species, this information is crucial to know the most relevant areas for feeding and reproduction, their use of different resources, movements carried out by individuals, and the effects of the environmental changes caused by the human being, basic information to design effective conservation measures. Thus, the mentioned project is aimed at obtaining this knowledge for the Egyptian vulture, still poorly known. In central Catalonia, the Egyptian vulture population has increased markedly during the last two decades, occupying areas where their historical presence was not known. In parallel, extensive livestock farming has increased and large rubbish dumps have been installed, resources that the Egyptian Vulture exploits in this area, so knowing how this species exploits these resources is a key aspect for its conservation. Moreover, knowledge about the wintering areas in Africa will be especially relevant, a very unknown aspect for the Iberian populations of Egyptian vultures, although they are very important for the conservation of this species. Likewise, the marking of individuals will allow identifying communal roosts, which can play a very important role on the survival of individuals. Finally, it is intended to obtain information on survival and the potential causes of death. It is expected that the information obtained will have an important impact on the scientific knowledge of the species and, especially, on the conservation measures aimed at guaranteeing the long-term viability of the populations of this threatened vulture species. 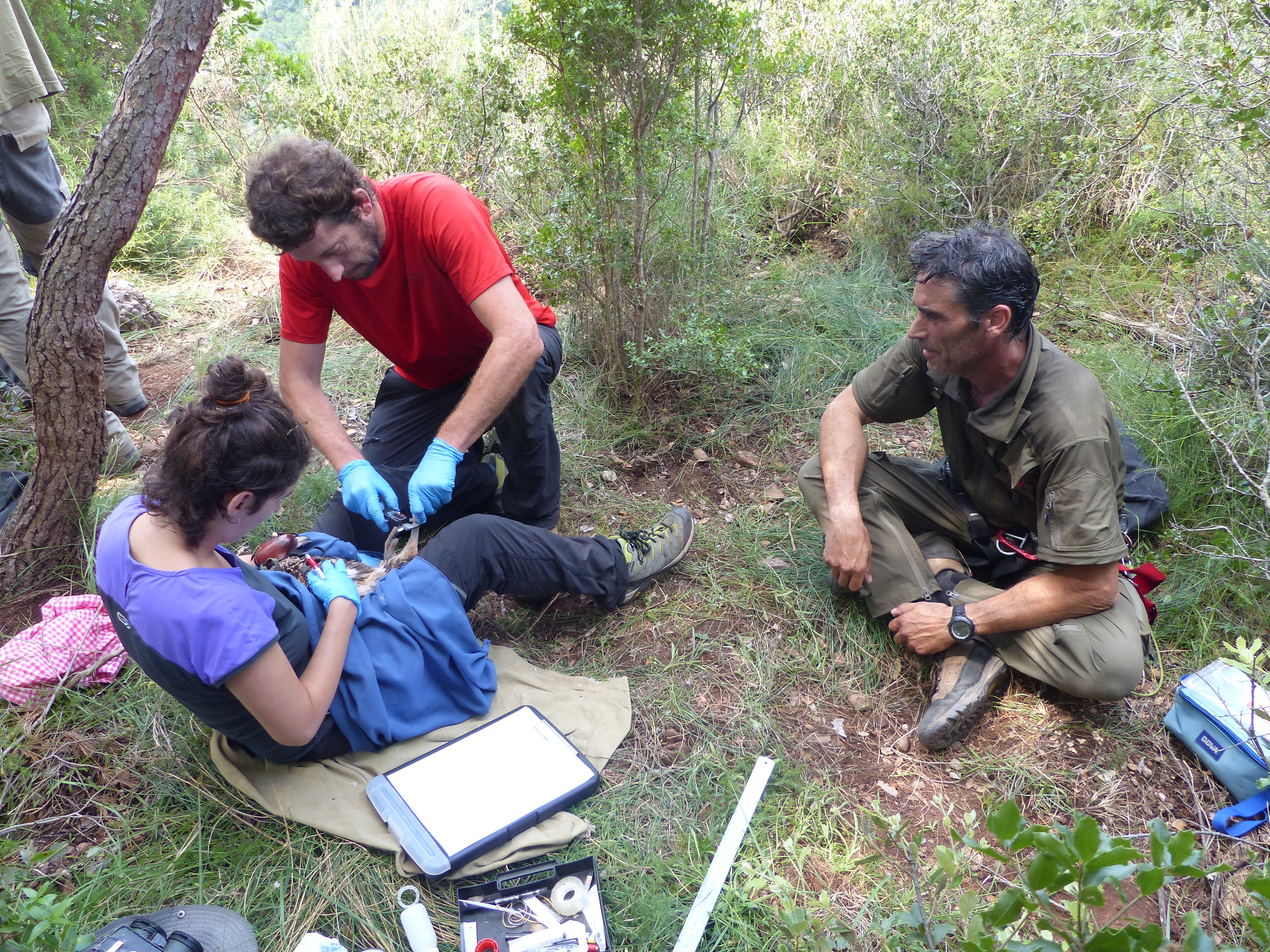 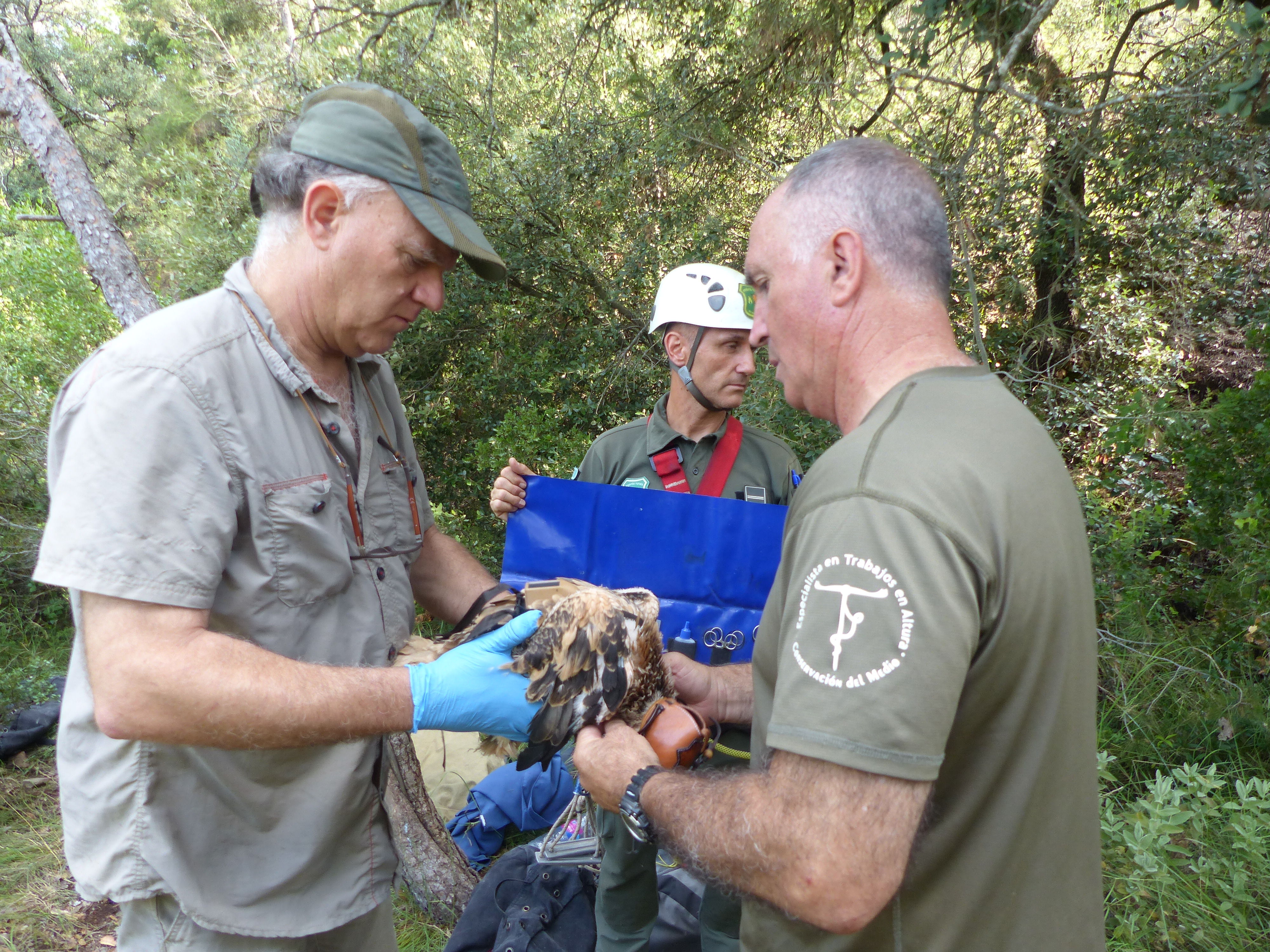