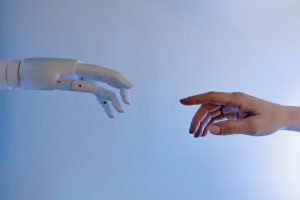 In recent years, the social changes resulting from the rapid ageing of the population, a longer life expectancy, and elderly people’s desire to live independently have put pressure on healthcare and welfare systems. This context is boosting the demand for companion and entertainment social robots and, consequently, producers and distributors are interested in knowing how these social robots are accepted by consumers.

According to the article “How do Consumers’ Gender and Rational Thinking Affect the Acceptance of Entertainment Social Robots?”, published in the scientific journal International Journal Of Social Robotics, the authors carried out an analysis to determine how consumers’ gender and rational thinking predetermines the intention to use.

The results of the study, co-authored by UB Business School researcher Santiago Forgas-Coll, and Ruben Huertas-Garcia, in collaboration with Antonio Andriella, and Guillem Alenyà, show that gender differences are more important than suggested in the literature. While women gave the capacity for greater social influence and perceived enjoyment as the main motive for using social robots, men considered their perceived usefulness to be the main reason and, as a differential factor, the ease of use. Regarding the reasoning system, the most significant differences occurred between individuals who use a more heuristic system, which stated social influence as the main reason for using a robot, compared to the more rational consumers, who considered ease of use as a differential factor.

The authors believe that “there are already home robots on the market, such as vacuum cleaners or kitchen robots, but the most sophisticated are expensive and underdeveloped. We are absolutely sure that during the next decade we will be buying companion and entertainment robots in stores in the same way that we buy tablets today. They are certainly the future”.