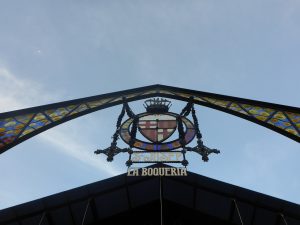 Overtourism has become a major issue of concern in many popular venues, including several cities like Barcelona. The article “How do Locals’ perceive the touristification of their food Markets? The case of Barcelona’s La Boqueria”, co-authored by our researcher Montserrat Crespi and published in the scientific journal “International Journal of Tourism Research”, analyse the perceptions of residents who regularly shop at Barcelona’s La Boqueria towards the growing crowds of tourists who visit the same venue.

Specifically, the study aims to acknowledge the evolution over time of locals’ aversion or support regarding the touristification of their food market and to determine whether or not overtourism regulations that were implemented by Barcelona’s city government had an impact on these attitudes. The authors undertook a sequential explanatory mixed-method approach (beginning with a quantitative approach and ending with a qualitative one) spanning the period 2015 to 2019.

Structural equation modeling results suggest that place identity observed through community attachment and resident place image has no direct statistically significant effect on residents’ support for tourism development in La Boqueria. However, when mediated by tourism’s perceived benefits and costs, these variables were recognized as statistically significant antecedents of support for La Boqueria’s touristification.

The authors of the study complemented and further elaborated on the quantitative findings through in-depth interviews with local residents who shop at La Boqueria but also by utilizing available secondary data to reveal if there were any significant changes in locals’ perception of touristification, especially following the adoption of the city’s overtourism regulations. They conclude that residents’ support for tourism development of La Boqueria as a public resource is strongly associated with their perception of place identity (both place image and community attachment) as well as expected benefits and associated costs.