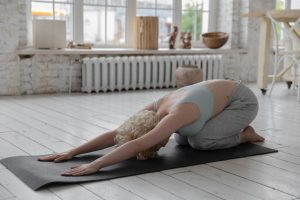 According to a recent study co-authored by the UB Business School researcher Pilar Aparicio Chueca, and the UB School of Sociology researcher Màrius Domínguez-Amorós, low levels of Physical Activity (PA) and idleness are associated with the onset of different pathologies and health problems. The article Lack of Association between the Reasons for and Time Spent Doing Physical Activity focuses on the relation between the time we spend doing physical activity and the reasons for doing so, from which the innovative aspect of the paper emerges: the use of the time spent doing PA as a study variable of the phenomenon.

Recently published in the scientific journal International Journal of Environmental Research and Public Health, the main hypothesis of the study was focused on the differences in the time Europeans dedicate to PA depending on the motivation for doing it. The study specifically aimed to show whether the people who engage in PA for health reasons spend more time doing it, either vigorously or moderately, since benefitting from health is an intrinsic and substantial reason for doing PA.

We talked to our researchers about the reasons determining the time that each person commits to physical activity. They explained that the Exploratory Factorial Analysis (EFA) estimated the factorial structure of the reasons for doing AP in six factors or dimensions for doing moderate or vigorous PA. The first dimension contained the reasons related to fitness, health improvement, and physical performance; the second dimension was connected to physical appearance; and in the third one, was based on doing PA just for fun and for the social aspect.

During the COVID 19 pandemic, the level of physical activity has suffered a fairly general reduction. More physical activity has been carried out at home, but the lockdown and restrictions of the sports sector have lowered its use. According to the authors, the studies have shown that sport clubs have lost 50% of their members.

The results of the study suggest that motivation is considered to be a process that stimulates and directs behaviour towards the aim of an activity that is instigated and sustained, while obstacles are understood as barriers or impediments that lead to not doing an activity, and which therefore have a fundamental impact on starting and consolidating PA habits.

The authors argue that many studies in recent years have uncovered a multitude of motivational factors that directly or indirectly intervene in people’s interest and participation in doing physical exercise. “Regarding the variables that generate motivation, having fun and occupying free time, maintaining fitness and physical appearance, health, and an enjoyment of sports, in that order, are the main reasons why people do physical exercise in their free time”, Domínguez and Aparicio explained. “The study specifically wanted to show whether the people who engage in PA for health reasons spend more time doing it, either vigorously or moderately, given that benefitting to health is an intrinsic and substantial reason for doing PA”, they argued.