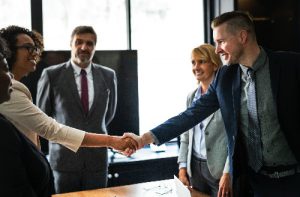 A recent study co-authored by the UB Business School researcher Dr Josep Maria Argilés-Bosch has shown that female auditors are associated with significantly higher levels of financial reporting quality. The authors found that this positive impact takes place since the very first year of the appointment of a female partner to replace a male auditor. However, women are still clearly under-represented in the top ranks of audit firms. This scientific article may help to overcome gender stereotypes and contribute to the political debate regarding the under-representation of women in the senior levels of the accounting and audit profession.

The study was conducted with a sample of Spanish-listed companies for the period between 2008 and 2015. Although the audit reports signed by women in Spain have tripled during the eight-year research period, they continued to represent less than 20% of total reports at the end of 2015. As a matter of fact, the main limitation of this study is precisely the low presence of female auditors in the sample. However, the evidence reported extends and reinforces prior related research for the Scandinavian region.

The article, co-authored by Dr Josep Garcia-Blandon (Universitat Ramon Llull), Dr Josep Maria Argilés-Bosch (Universitat de Barcelona) and Dr Diego Ravenda (Toulouse Business School), has been published under the title “Is there a gender effect on the quality of audit services?” in the Journal of Business Research.

The scientific literature generally supports that men and women tend to behave differently. Gender differences in risk aversion are particularly meaningful for this study, as it is a fundamental issue in financial and accounting fields. Women are more risk averse than men, while men tend to be more overconfident than women. Alternative factors such as stronger conservatism, information-processing skills, ethical commitment and difficulties to attain leading positions may explain the association of female auditors with higher levels of accounting quality

Although women appear to possess strong skills for the audit profession, barriers to entry have led to the under-representation of women at senior levels of audit firms. Data available also shows that women tend to audit relatively smaller and less complex firms.

According to the article, the appointment of a female auditor to replace a male auditor appears to be associated with higher-quality audit services. These cases are associated with less overstatement of earnings. On the other hand, the change of a male auditor for another male involves no significant effect. However, it should be noted that, the results need to be carefully considered because of the low number of male-female auditor changes in the sample.