With the aim of learning about other institutional, political and managerial environments, different study tours to relevant European cities in terms of models and experiences in the field of cultural management and policy are organised every year. To this end, in the last years we have planned visits to cities like Berlin, Brussels, Dublin, Groningen, London, Madrid, Montpellier, Toulouse, Marseille or Strasbourg. These tours combine, on the one hand, visits to significant heritage, artistic or communitarian facilities (museums, theatres, cultural centres, libraries, etc.) and meetings with managers of large cultural institutions in order to get to know first hand the strategies and management models. On the other hand, meetings with policy makers, scholars or local analysts help to provide a context for cultural policies.

As Europe becomes more and more integrated in a globalised world, cultural management cannot stand aside and address only local and national partners, but it is necessary to understand the surrounding reality and learn from external experiences in order to build and share common projects in terms of equality and non-dependence. Proficiency in foreign languages, especially English, is essential to moving about and promoting joint projects. Any travel to a different reality requires an effort from all participants to understand and put into context the origins, history, traditions, values and political and organizational culture of the visited city or country. The effort of mutual understanding is even bigger in the case of a city located in a country where a different language is spoken. For ease of understanding, simultaneous interpreting to Spanish and Catalan is provided in most of the visits, allowing students who don’t know the language to have an idea of the presentations, as well as to ask questions.

Some of our tours:

Helsinki
European seminar on cultural management and policy, jointly organized by several European universities. The aim is to put together around sixty students in cultural management during 10 days so that, starting from the analysis of real cultural practices (of different cities, depending on where the students come from), a debate around the reality and values of European cultural management is made possible. Seminar restricted to students of participant courses, maximum 12 students per country. The language of all activities and workshops is English. 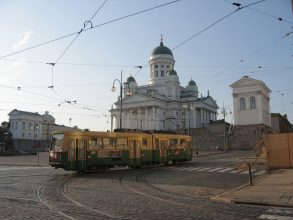 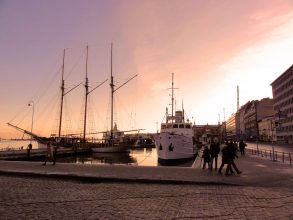 Montpellier
Emblematic city for the use of culture and new technologies, by the current Mayor, as drivers for economic and urban development. During the visit, the French model of management and decentralisation of cultural policies is studied. Besides being welcomed by some institutional representatives of the local council, the Department of Héraud and the DRAC, visits to several cultural institutions, like the new library, the national choreographic centre, the new opera-conference centre or a community centre are planned. 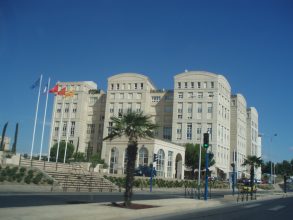 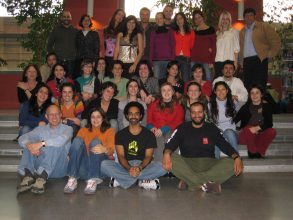 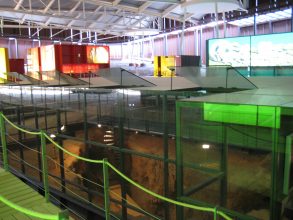 Turin
Students are welcomed by Fondazione Fitzcarraldo and Osservatorio Culturale del Piemonte in Turin, where during three days will visit various local and regional cultural institutions. The particular public-private participation in the financing and management of cultural projects and venues will be analysed, as well as the impact of the new model of cultural policy and management imposed by the current Italian government. 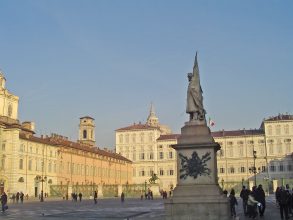 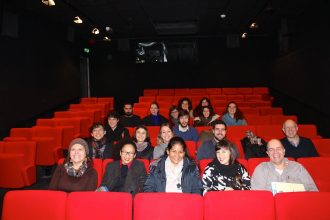 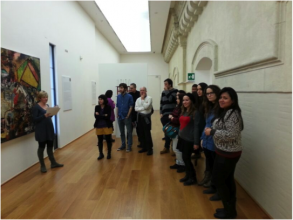 Madrid
During this three days tour, students will study the policies and programmes of the main governmental institutions responsible of Ibero-American cultural cooperation in Madrid: AECI, OEI, DG Cooperación y Comunicación Cultural del MECD, Casa América, Centro Cultural de Méjico, etc. Moreover, visits to non-governmental organisations and some relevant cultural centres are organised. Many public and private Madrid cultural institutions and centres are visited, with the aim of understanding different models of cultural management, from the large national institution or foundation to the small venue or alternative organisation. Similarly, interviews with senior institutional representatives (Secretaria de Estado de Cultura, SGAE) and officers of multinationals based in Madrid are scheduled. 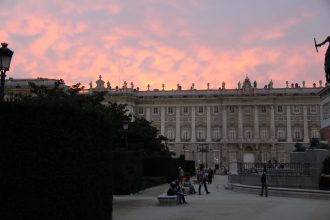 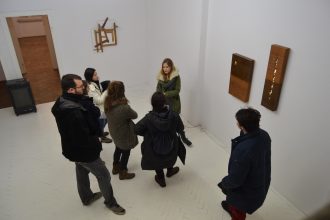 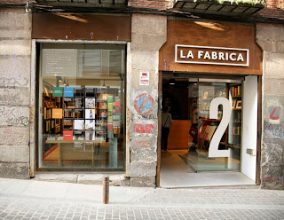 Amsterdam and Brussels
One week tour to the centre of Europe for studying different management models and the many facets of a rich and complex cultural reality, together with the landmark venues located in the the cities of Brussels and Amsterdam. The case analysis will be complemented with a longitudinal perspective on cultural policies in these countries. 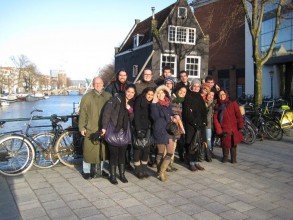 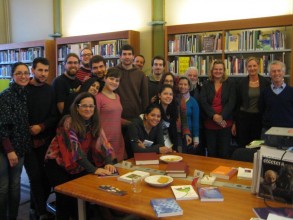 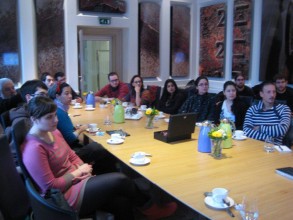 Berlin
Berlin is a global city, first-class centre for art and culture. So much so that in 2006 the city received the UNESCO award for creative city. Arts and culture are everywhere: in the streets, in its more than 365 museums, its cultural centres and its many galleries. Scheduled visits to cultural venues are: the House of World Cultures (Haus der Kulturen der Welt), KW Institute for Contemporary Art, Deutsche Kinemathek, Cultour Berlin, Kunsthaus Tacheles, Hebbel am Ufer Berlin, Ballhaus Naunynstraße. The aim of the visits is to get a close look at these institutions and their management models: mission, structure, marketing and communication plan, funding, audience analysis, pricing policy… 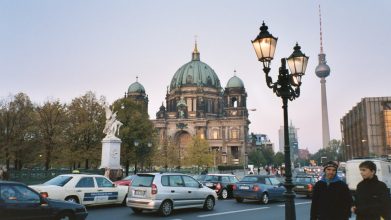 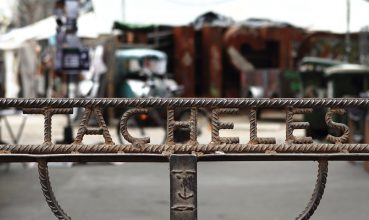 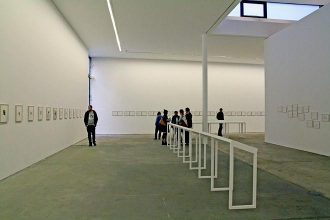 Bologna
Home to the oldest university in the Western world, Bologna is a city in Emilia-Romagna with an exciting cultural life and historical heritage. Bologna also played an important role in Europe during the Middle Age. European Capital of Culture in 2000, in 2006 the city has been declared “creative city of music” by the UNESCO. Visits to the following places have been organised: Mambo Museum, Manifattura delle Arti cultural neighbourhood, Cineteca Foundation, Cassero LGBT Center, Museo del Patrimonio Industriale, Genus Bononiae, Museo della Storia di Bologna. 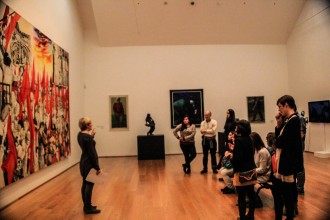 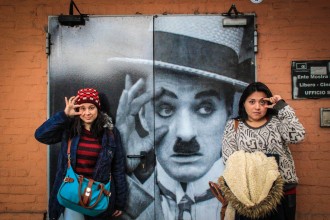 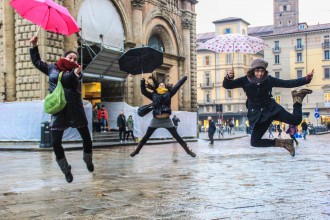 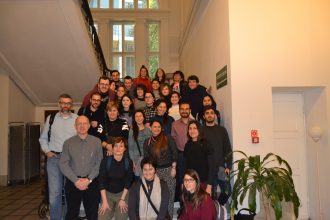 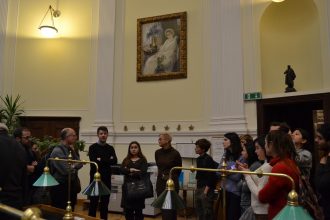 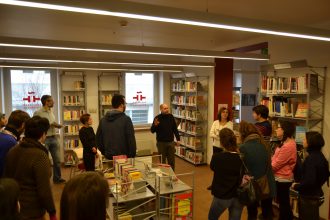 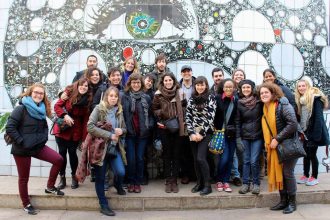 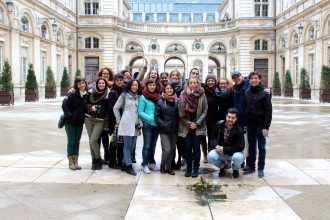 Budapest
The trip to Budapest is a great opportunity to get a close look at the management of the most relevant cultural centres and venues of the city, as well as for dialogue and exchange of views with its cultural managers and, at the same time, for discovering new perspectives on Hungarian cultural management within the current European framework,  even though marked by its Soviet past.

Noteworthy moments were the talk with the director of Sziget Festival, one of the most important music festivals in Europe, at the Central European University; the visit to the Budapest Art Factory, a contemporary art space located in a old abandoned factory; the Culture Action Europe conference and the visit to the Budapest Music Center, one of the flagship and most unique music venues in Budapest. 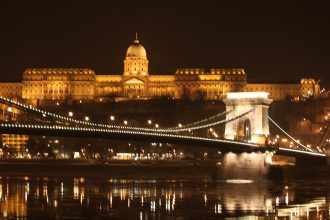 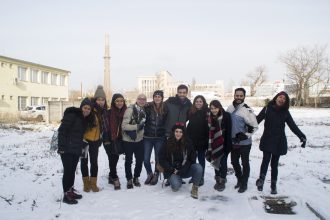 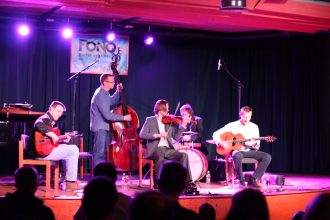 Visits to cultural institutions and projects

In addition to the study tours to different European cities, every course plans a set of visits to Catalan cultural institutions, not only in Barcelona, but also in the metropolitan area and the rest of Catalonia and Andorra. The purpose of these visits is to get to know, through their main representatives, the strategies and management models that make these institutions relevant centres in areas such as: education policy, communication strategies, models of co-production, civic engagement, tourist use of cultural projects, private management of a public centre, etc. Some of the visits are on Saturdays, however many are integrated in the regular course schedule.

International Study Tour BCN
Every year, the European network on cultural management and policy (ENCATC) organises a visit to a city that is particularly relevant in terms of cultural management, alternating a North American city (with the collaboration of the AAAE) and a European one. In 2015 and 2016 the selected city was Barcelona and the Cultural Management Program of the University of Barcelona was in charge of the planning and organization.

The study tour to Barcelona has been a special opportunity to get to know some of the most interesting cultural managers and arts and heritage institutions of the city. During the tour, participants could also attend to the activities organised by the Cultural Management Program. From a pedagogical point of view, ENCATC members received many examples of how to lead cultural institutions, how to analyse audiences and how to improve marketing and audience strategies, and on the benefits of network creation, both at national and international level.