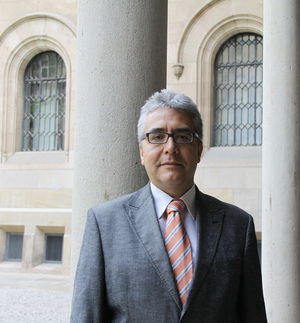 Juli is a frequent speaker on Public Law, good governance, the right to good administration, the better/smart regulation, the prevention of corruption and zoning and urban planning and housing law. Dr. Ponce has published in several prestigious academic journals throughout Spain, Europe, United States and Latin America. Ponce´s consulting, research projects, and lectures have been developed at different Universities and public administrations.

He holds a Juris Doctor from University of Barcelona Law School (extraordinary doctoral Prize 2000 and his book Deber de buena Administración y derecho al procedimiento debido, 2001, published by Lex Nova, received a prize as one of the three best European Doctoral thesis of 2001, according to the European Group of Public Law). He also holds a Master of Arts from the Academy of Public Law (European Public Law Organization). Before finishing his PhD he was researching at the Harvard Law School thanks to a scholarship, where he also attended the 31th Program of Instruction for Lawyers. He is a member of the European Group of Public Law and has been a visiting professor and has lectured at the Universities of Georgia State (Atlanta, U.S), Sheffield (UK) or Pontifícia Universidad Católica del Perú, among others.