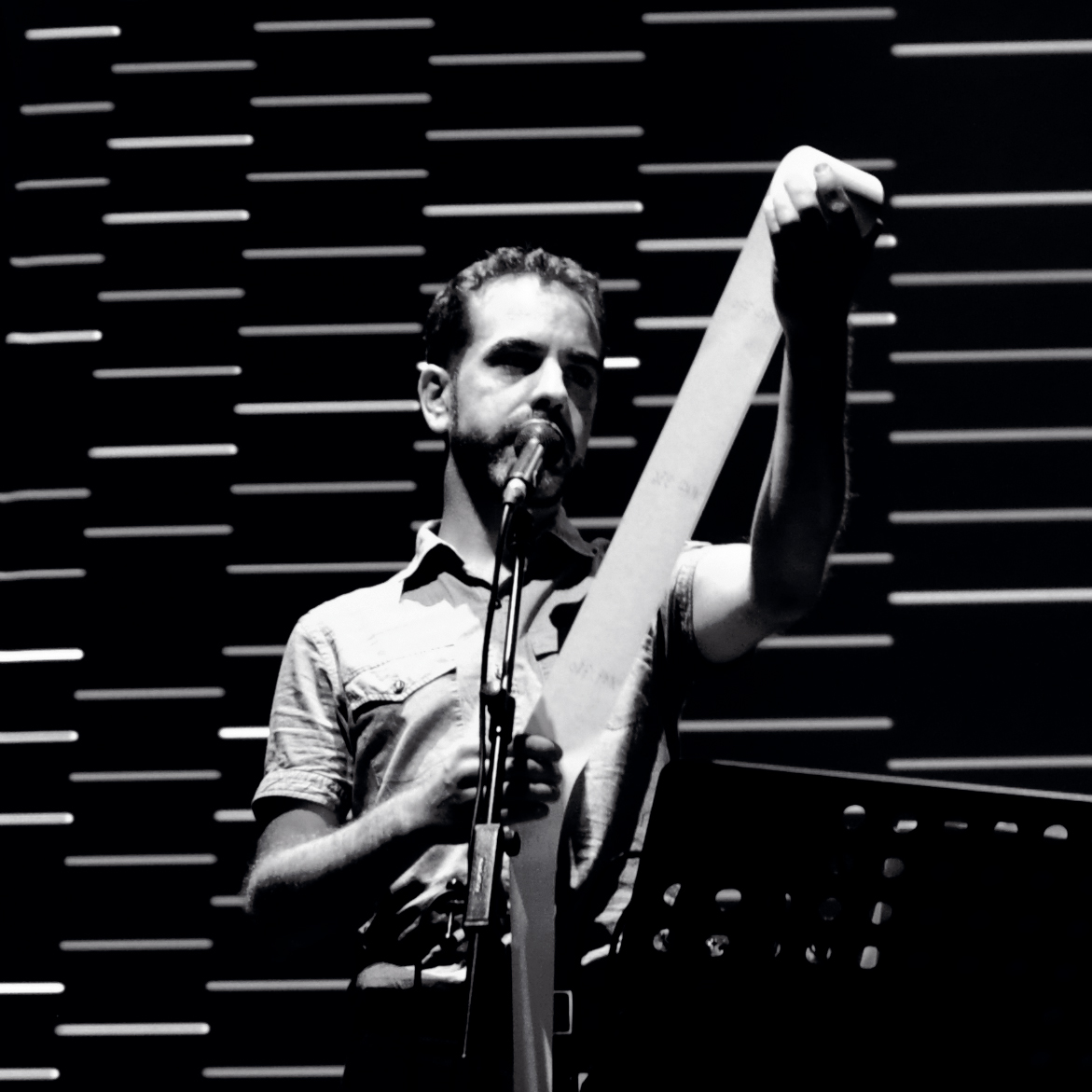 Poet, researcher and cultural agitator. He has dedicated himself to the practice of sound poetry and performance, without abandoning other facets of today’s poetic and sound creation. He has presented his work at centres and festivals such as the Centre Pompidou, the Palais de Tokyo and the Cartier Foundation in Paris, the Berlin poesie festival, bowery Poetry Club (New York), the Sao Paulo Cultural Center, Sónar Barcelona, Museo Reina Sofía (Madrid), Roma Poesia, Poetry Africa (Durban, South Africa) and the Chopo Museum (Mexico City), among many others. He has published the poetry booksGaire (2012), El terra i el cel (2013) and Menys i tot (2017). With electronic band Bradien, with which he collaborated between 2009 and 2016, he released  the albums Pols  (2012) and  Escala  (2015). He is currently a member of the Barba Corsini group.

He was curator, along with Eugeni Bonet of the series Pròximament en aquesta pantalla about lyricist cinema at MACBA (2005) and the book of the same name, which delve into one of the most interesting aspects of the lyricist movement. He has recently curated La xarxa al bosc,a project on experimental poetry in Europe and America between1946 and 1980 and which was realized with a large exhibition at the Joan Brossa Foundation (2019) and a trilingual book containing materials to approach this huge production (2020). He has also written several articles on sound poetry, polypoesia, voice and experimental poetry in general.

Between 2010 and 2012 he co-directed the Barcelona Poetry ((Festival Internacional de Poesia de Barcelona) and between 2000 and 2004 director of PROPOSTA festival, a festival dedicated to experimental poetic practices held at CCCB. He currently runs the festival Poesia i +, organized by the Palau de Caldes d’Estrac Foundation in several municipalities of Maresme.