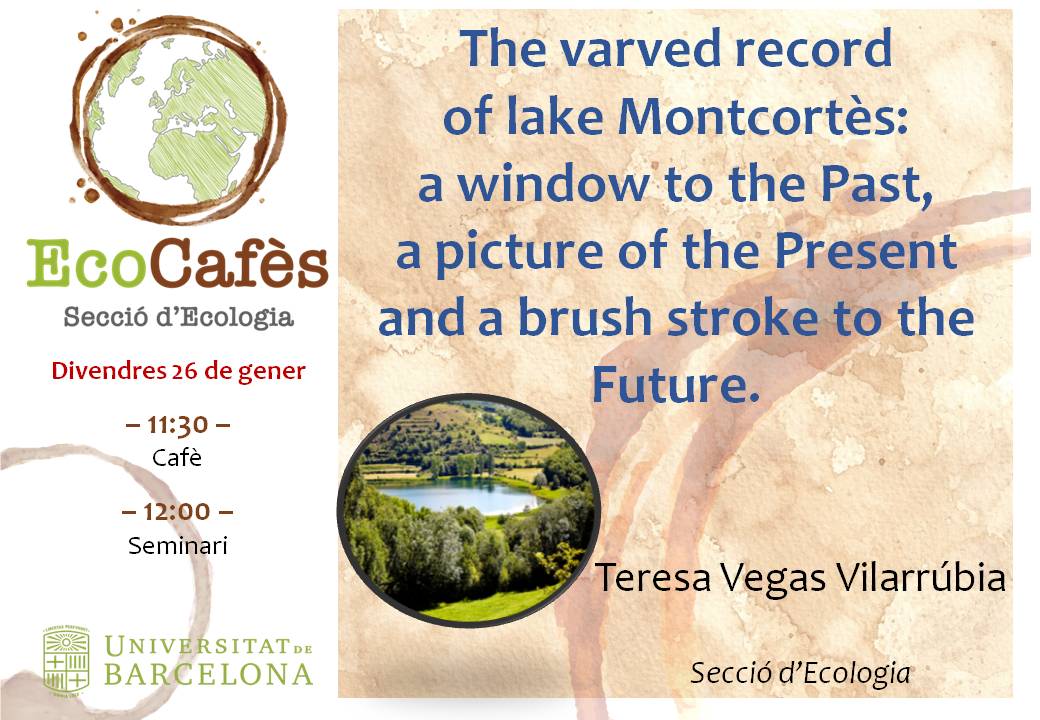 The varved record of lake Montcortès: a window to the Past, a picture of the Present and a brush stroke to the Future.

The last two millennia house evidences of climate variability of greatest interest to be compared with current climate change. Thus, the basic strategy of paleoclimatology is to identify and to use natural variables (climate proxies) contained in natural records (eg. laminated sediments, growth rings) that have a simple, measurable relationship (linear regression) with a local climate variable, and then to construct time series in order to transform them into estimated time series of the climate variable with which they correlate.

In this context, we try to obtain regional paleoclimatic reconstructions of the past 500 years with a high resolution level (sub-decadal, interannual) based upon several proxies. Specifically, we seek to investigate the transition between natural climate variability since the late Little Ice Age (CE 1500) and the Industrial Age, which marks the advent of an era in which climate variability also reflects the increase of greenhouse gases of anthropogenic origin, distorting the natural climate signals. For this purpose we have selected lake Montcortés (Catalonian Central Pyrenees), whose varved sediments offer a unique opportunity to carry out the proposed research.

Varved sediments  allow for precise incremental time control in calendar years and can thus provide high resolution time-series of climatic indicators (decadal, subdecadal). Careful analyses of varve sequences can yield highly detailed  climate reconstructions and also assess human impacts like eutrophication, pollution or  soil erosion for the past decades, increasing our understanding of climatic and environmental impacts on natural and human influenced systems by linking Past, Present and Future.