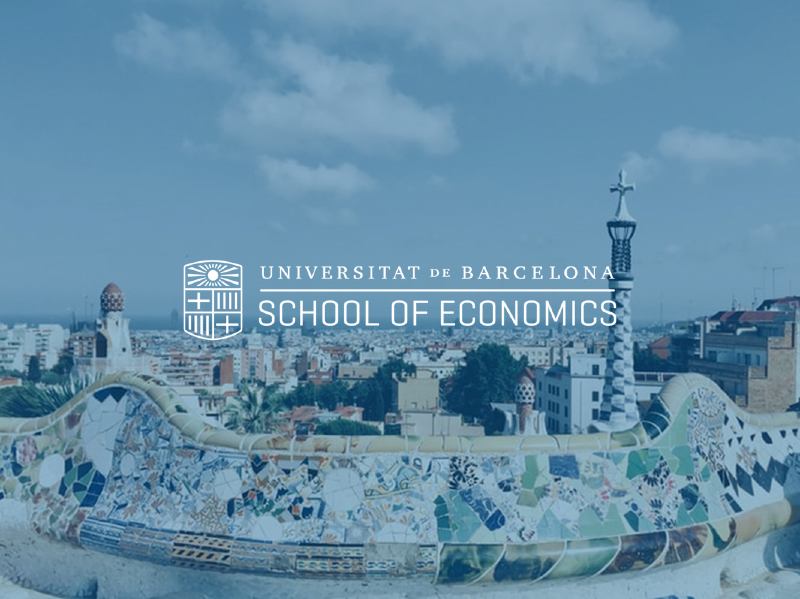 The three organizations decided to join forces and chose the UB School of Economics as the institution that will be the meeting point for economists coming from all over the world. The simultaneous celebration of these three events is part of an ambitious project that aims to strengthen the international position of both the UB and the city of Barcelona as a research hub in economics.

The Econometric Society’s “European Winter Meeting” is an event that brings together doctoral students and senior academics, from different regions and fields of specialisation. The ‘European Job Market’ is a platform where young researchers can upload their outputs and get a chance to be interviewed by recruiters from universities and research institutions during an event hosted every year in a different European city. Lastly, the ‘Economic Analysis Symposium’ is an annual congress organized by the Spanish Economic Association that brings together experts from all areas of economic research.

Holding the three major events in the same venue, encourages internationalization and collaboration among young researchers from around the world. In addition, it facilitates the transition from the last educational stage to the professional world. The 2019 edition of the Job Market, the last that took place in person, saw the participation of more than 200 international institutions.

During the last ten years, the UB School of Economics, has been consolidating the position of the University of Barcelona as one of the great European institutions in the field of economics. By hosting these events, our School takes a further step towards its international dimension, having the opportunity to showcase its academic and research programmes.