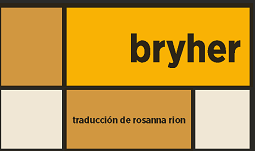 Rosanna Rion, lecturer at the Department of Modern Languages and Literatures and English Studies of the Faculty of Philology and Communication, has translated for the first time into another language –Spanish– the book Arrow Music (Animal Sospechoso, 2021), by the poetess Bryher. With this pseudonym, Annie Winifred Ellerman (United Kingdom, 1894 – Switzerland, 1983), became one of the most representative figures of English modernism.

Bryher is the name of a small island in the Isles of Scilly, in front of the Cornwall coasts. After a visit to that place, Ellerman decided to take the name of the island as her literary pseudonym. Bryher was an enthusiastic defender of international cinema, psychoanalysis, political freedom and other forms of expression of what is nowadays for us known as modernity. Also, she was actively anti-fascist and helped hundreds of people escaping the Nazi Germany during World War II.

Daughter of billionaire Sir John Ellerman, she used the fortune and exceptional eye for business to drive the fields of poetry, fiction, cinema and psychoanalysis, such as the case of the psychoanalytical publishing house Verlag, founded by Otto Rank. She supported economically emblematic institutions of modernism, such as Sylvia Beach’s bookstore Shakespeare & Company, and Harriet Shaw Weaver’s The Egoist Press. She also offered economic aid to many artists such as Dorothy Richardson, Sylvia Bleach, Edith Sitwell, James Joyce, Blanche Lewin, Robert McALmn, Hanns Sachs, Kenneth Macpherson, Marianne Moore and H. D. She had a relationship for more than forty years with the American poetess H. D (Hilda Doolittle, 1986-1961), in parallel to two marriages of convenience with bisexual men: in 1921, with the poet and editor Robert McAlmon, with whom she would enter the Paris of the twenties, and in 1927, with Kenneth Macpherson, with whom she founded Close Up, a magazine on silent films.

She wrote fourteen historical novels, several essays and two poetry books. The second one, Arrow Music (1922), has been translated by Rossanna Rion, and is published now with a prologue by Andreu Jaume and an excellent simile by Esther González. The book, which helped to understand the personal figure of Bryher, gathers several creative tensions of the time that are not usually found altogether: on the one hand, the aesthetics of the imaginist school, and on the other, the passion for the classic Greek world as a way to overcome the contradictions of the moment, after the World War I. With these ingredients, Bryher wrote a unique book for that time and which is still dazzling. The lyrical part of the book uses the theme of the Greek love world, less conventional than the 19th century European puritanism and appropriate to express the needs of the poetess, gathering an excellent collection of free, vibrant and subtle love poems.

Rosanna Rion is a lecturer of translation and has published translations of works from the 18th century (Sheridan, Goldoni), from English and Italian into Catalan, and contemporary books (Christopher Hampton, Janusz Glowacki). She is member of the European Society for Studies on Translation and the Research Group on Didactics of History, Geography and Other Sciences (DHiGeCs) of the UB, and does research on translation and immaterial heritage.