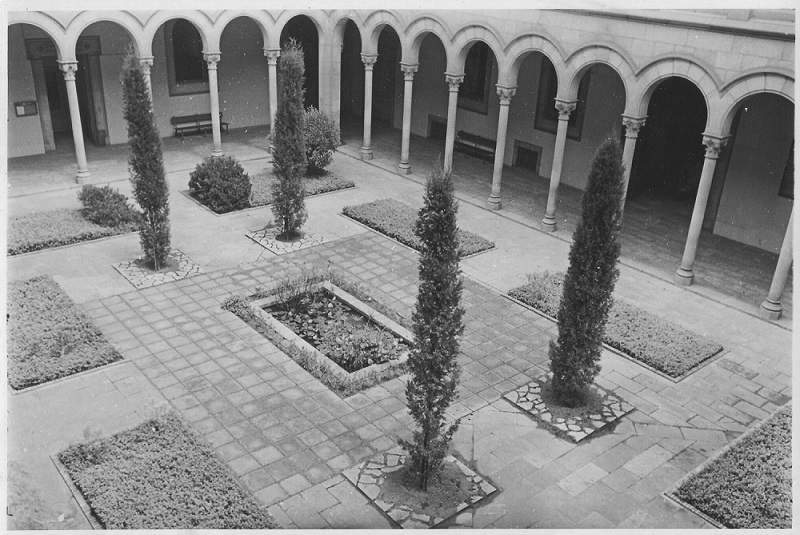 The history of the Faculty of Philology and Communication is closely linked to the creation and development of a leading institution such as the University of Barcelona. For centuries, the university was housed on several sites. Hence, the construction of the Historic Building in the centre of Barcelona between 1863 and 1893, designed by architect Elies Rogent, contributed to the organisation and separation of academic disciplines offered by the University. The building was initially called the Literary University and the teaching activity began in 1871. Currently, the building in Plaça Universitat is the oldest campus of the University of Barcelona and holds the Faculty of Philology and Communication and the Faculty of Mathematics as well as the institution’s central offices.

There have been many significant dates and events in the history of the current Faculty of Philology and Communication. From 1931, during the Catalan Republic that was part of the Spanish Republic, what was then called the Faculty of Philosophy and Arts put into practice what would later be known as university autonomy. Pere Bosch i Gimpera was appointed dean by the minister of the Republic in 1931 and went on to become the first rector of the University of Barcelona (1933-1939). As dean, he developed the competences that were conferred on him by the decree of autonomy. Among other tasks, he reformed the curricula and the composition of the academic staff. Joaquim Xirau organised the section on Pedagogy, Pompeu Fabra structured the section on Romance Languages and Literatures with the collaboration of such notable figures as Jordi Rubió, Manuel de Montoliu, Ramon d'Alòs and Joan Coromines. During the period in which the University of Barcelona maintained this Statute of Autonomy, the institution was governed by a board comprised of representatives of the Government of the Republic, the Government of Catalonia and the university senate.

In 1952, in the midst of the Franco dictatorship, a project was drawn up to create a Chair of Spanish and an information office for foreign students. The faculty also began to direct the Diploma in Hispanic Studies and worked to develop language courses for students from all faculties who wanted to improve their education. This would be the basis of the School of Modern Languages, which began to offer courses in academic year 1953-1954. In the first academic year, 462 students enrolled, and the school was directed by Antoni Badia i Margarit among others. During this academic year, the creation of a pedagogy section within the Faculty was also approved.

The progressive complexity of the courses and the high number of students, accompanied by corresponding increases in teaching staff, meant that in 1973 the former Faculty of Philosophy and Arts was divided according to proposals in the Maluquer plan. The plan had been drawn up in 1968 to modernise and strengthen the studies and create new opportunities for specialisation. The result was the creation of new faculties to group similar courses. One faculty was the Faculty of Philology, which brought together various languages and grew as a result of the high number of students and the change in the social, cultural and political circumstances in the country, which gave great importance to English and subsequently to Catalan. In this period, the Faculty of Philology’s teaching staff expanded, and new departments were created.

In 1994, a notable innovation was proposed for the curriculum: the possibility of incorporating a minor subject in qualifications, which would give students more opportunities in the labour market. However, this plan was modified by Spanish regulations some years later. 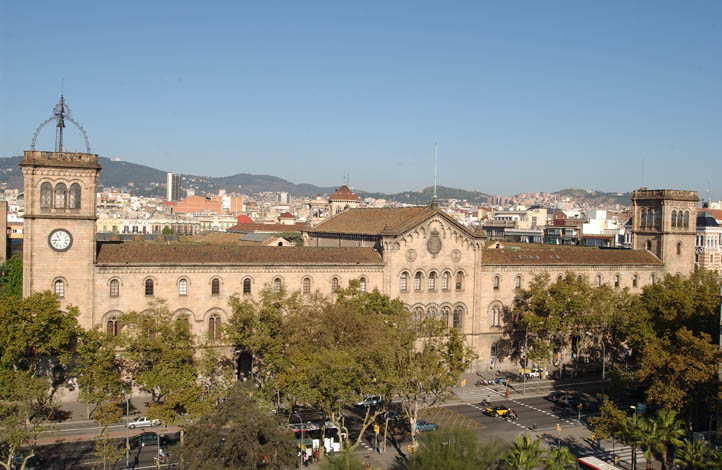 In 2003, after the failure of a project to create divisions of knowledge that grouped various faculties, the new Statutes of the University of Barcelona were approved that reinforced the role of faculties and schools as the core of university activity and tried to strengthen as much as possible the University’s research and teaching potential. In this context, division into the following departments was conceived: Semitic Languages, Greek, Latin, Romance Languages, Spanish, English and German, and Catalan. Subsequently, the department of Linguistics was created, as a result of advances in general linguistics during the twentieth century. In recent years, the departmental divisions of the faculty have adapted to educational regulations and to the reality of the courses, to create the current four departments: Classical, Romance and Semitic Languages; Hispanic Studies, Literary Theory and Communication; Catalan Philology and General Linguistics; and Modern Languages and Literatures and of English Studies.

Over the years, the role of the Faculty of Philology within the context of the University of Barcelona has gone beyond the faculty’s area. It now has an important role in the School of Modern Languages and in the creation of academic opportunities abroad through exchange programmes. The seat of the faculty hosts delegations from international universities and from a range of prestigious research institutes and centres, such as the Ramon Llull Documentation Centre.

In 2019, a name change to the Faculty of Philology and Communication was approved. This change was designed to adapt the name to the wide range of courses offered by the centre.