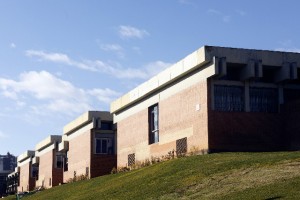 A new research institute, named Barcelona Economics Analysis Team (BEAT), has been established within the Universitat de Barcelona School of Economics. This newly created platform aims to produce excellent research along three lines, namely Behaviour, Markets and Games; Macroeconomics, Development and Trade; and Environment, Sustainability and Well-Being. A new website has been launched on July 10th, 2017, to increase the visibility of the Institute and to showcase the research of BEAT members.

The official launch event will take place on October 25th, 2017, at the Aula Magna of the Historic Building of the University of Barcelona. The event will include a keynote lecture by Professor Alicia Adsera (University of Princeton), research presentations by BEAT members and a panel about the current challenges faced by public policies.

BEAT encompasses researchers from four departments and seven consolidated research groups. This integration is the natural next step in the progressive building up of critical mass within the Faculty of Economics and Business. Last year the number of Economics departments in the Faculty was reduced from six to three (Economics; Econometrics, Statistics and Applied Economics; and Economical, Financial and Insurance Mathematics), plus an interdisciplinary department (Economic History and Institutional Economics).

BEAT aims to attract funding, high-quality graduate students and the best talent from around the world, among others. Another key aim of BEAT will be to foster the relationship between researchers and society and become a centre of reference for the public and private sectors. In sum, it will contribute to sustain the University of Barcelona’s international reputation for excellence.

In this strategy, the Executive Committee and the Governing Board of the new institute receive advice and guidance from a group of eight world-class researchers whose interests span the three BEAT research lines.

35 researchers of the Faculty of Economics and Business have become the founding members of BEAT. They belong to the following consolidated research groups: Center for Economic Analysis and Social Policy (CAEPS), Center for Research in Welfare Economics (CREB), Creativity, Innovation and Urban Transformation (CRIT), Economy, Energy and Environmental Pressures (EEEP), History and Economic Development (HDE), Optimization and Dynamic Games in Economics and Finance (ODEF) and Game Theory and Assignment Markets (TJMA).