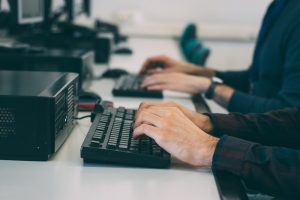 New products or production techniques are often regulated as they may cause harm to consumers and the environment. An unresolved question concerns the authorization for their use or production in the absence of conclusive evidence about the magnitude of their side effects. Bureaucratic corruption may affect the outcome of the authorization process, further complicating the picture, concealing or downplaying valuable information to their superiors and the public in exchange for illicit payments, lucrative job opportunities, or other types of favors or bribes.

In the article “Corruption, regulation, and investment incentives”, published in the European Economic Review co-authored by our researchers Ester Manna, and Alessandro De Chiara, they build a theoretical model to study the design of regulation for innovative activities that may generate negative externality of uncertain magnitude, explicitly allowing for bureaucratic corruption.

Their first finding is that corruption strengthens the case for adopting a stricter authorization regime, whereby activities are allowed only if there is conclusive evidence that the negative externalities they generate are more than offset by the benefits stemming from granting authorization, in line with the precautionary principle.

A more lenient regulatory regime that grants authorization to activities in the absence of conclusive evidence on their side effects is undesirable when corruption is widespread, and the reason is twofold. First, corruption would lead to excessive authorization because regulators could conceal evidence unfavorable to firms in exchange for bribes. Second, firms would devote excessive resources to the development of activities that generate negative externalities, anticipating that they can bribe the regulators tasked with evaluating their applications. This result is in line with the article “Regulation and distrust”.

The second main finding of the study is that corruption may in fact turn out to be beneficial for welfare under a stricter authorization regime. Under this regime, firms may be threatened by powerful regulators that their products or production techniques will not be authorized unless they make some ‘facilitating payments’. This alleviates the over-investment problem caused by the firms’ tendency to disregard the external effects that their activities generate. It may appear unsavoury that more widespread corruption can be welfare beneficial.

Yet, one of the implications of this finding is that the anticipation of corruption may induce firms to invest in less harmful activities, which do not require close regulatory scrutiny and the associated bribes. For instance, one could think of a firm that may invest to develop a new drilling technique, which could harm the environment. If the firm anticipates that it will likely be blackmailed by the regulator tasked with authorizing the potentially harmful activity, it may steer its investment towards less controversial technologies, like clean energy, that do not pollute the environment and, as a result, do not require regulatory approval.