“Experimental and Behavioural Economics are fundamental for any professional economist” 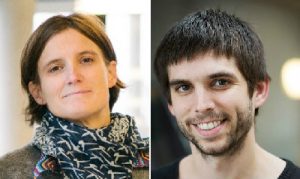 The Summer School 2020 at the UB School of Economics will focus on Behavioural and Experimental Economics. Prof. Friederike Mengel (University of Essex) and Pol Campos-Mercade (Lund University) are both experts in these fields and will be the guest lecturers of our summer course, which will take place on July 6-10, 2020 at the University of Barcelona. We have recently interviewed them in order to find out more about behavioural and experimental economics and to go more deeply into the contents of the summer school.

Do you think that Experimental Economics is gaining momentum after Abhijit Banerjee, Esther Duflo and Michael Kremer won the Nobel Prize in Economics 2019 for their approach to alleviating global poverty using field experiments?

Yes, we think so. Together with the Nobel prize to Richard Thaler on 2017 for his contributions to behavioural economics, we think that it will make the field more visible not only to economists but also to the general public and policy makers.

What are the most important factors that define Behavioural and Experimental Economics?

Behavioural economics deviates from the homo economicus paradigm, in which humans are portrayed as agents who are rational, selfish and who optimise their utility function. By adding insights from experiments and other disciplines (such as psychology), behavioural economics intends to model humans in a more realistic way, improving in this way the potential policy implications that can be derived from economic model. Experimental economics, on the other hand, is the method of using controlled experiments to study important questions in economics.

How can field and lab experiments contribute to the research in Economics?

Economics aims to formulate testable theories about the behaviour of economic agents. While a number of statistical tools allow us to test some of these theories using observational data, very often these naturally occurring data do not satisfy all the required assumptions to perform the tests and perform clean causal inferences. This leads economists to often use and draw policy implications from untested theories, with the risk that this entails. Experimental economics, which include both field and lab experiments, originated as a (partial) solution to this problem. The idea is that, as in the natural sciences, economists can also perform experiments to test their theories. This can help us not only to falsify incorrect theories, but also to generate new insights that further develop economic theory, thereby having the potential to improve our policy recommendations.

Is Experimental Economics limited to certain subfields of economics?

Experimental Economics traditionally started as a way to test microeconomic theory, such as individual choice and game theory. However, now it has expanded to most fields in economics, including development economics, political economy, public economics and even macroeconomics. One of the nicest things about the field is that it is relatively interdisciplinary, and it is not only related to subfields within economics but also to other fields of studies, such as political science, psychology, and sociology.

What are the implications of Experimental Economics for public policy?

Similar to medical trials, where treatments are tested using Randomized Control Trials (RCTs), social policy can also be tested via controlled experiments. For example, Banarjee, Duflo, and their co-authors have tested many policies to improve educational performance in poor countries, including increasing schooling days and providing more textbooks.

Why do you think that a 2020 Summer School at the UB School of Economics is a good educational choice for economists?

Experimental economics is becoming one of the core methodologies of economics, since it is often the only clean way of identifying causal effects and testing economic theories. Being familiarised with this method, as well as with the main results of behavioural economics, seems to us fundamental for any professional economist.

What are the main things that students can expect out of this summer course?

When and how did you become interested in Behavioural and Experimental Economics?

Friederike Mengel: During my PhD. I had lots of ideas in my mind about things I wanted to study and that were very difficult to answer with observational data. So being able to do experiments and generate this data was what made me start exploring this field.

Pol Campos-Mercade: Since the beginning of my economic studies I was always quite frustrated at how inaccurately economics modelled its agents, and I was convinced that modelling them more realistically could lead to very different policy implications. I discovered Behavioural Economics during my Master studies and it hooked me immediately, since it dealt with the concerns that I had from the beginning. I then learned about experiments as a way to test my own behavioural theories.

What can we expect from Experimental Economics as a methodology in the future?

We expect it to be applied to more subfields to answer more questions. It is going to be increasingly combined with other data sources to get the best of both methods: external validity and clean causal inference.