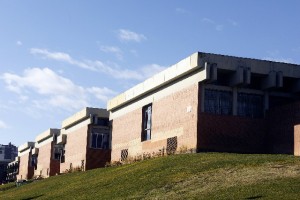 Julia de Frutos has joined the Department of Economic, Financial and Actuarial Mathematics as a guest professor. She was previously a postdoctoral researcher in the Department of Agricultural Economics at Ghent University. Her research interests span Environmental Economics, Game Theory and Control Theory. She received her PhD from the University of Montpellier I in 2014.

The Department of Econometrics, Statistics and Applied Economics has welcomed Jordi Teixidó, who has been a postdoctoral Max Weber fellow at European University Institute in Florence since 2015. Jordi holds a PhD in Economics from the Rovira i Virgili University and his research interests lie at the intersection between climate policy, inequality economics and environmental economics.

After receiving his PhD in Economics from Sciences Po in 2017, Guillaume Chapelle is now a postdoctoral researcher in the Department of Economics and the Barcelona Institute of Economics (IEB). He has been a research economist at Sciences Po’s Laboratory for Interdisciplinary Evaluation of Public Policies (LIEPP). His research interests span urban and housing economics, political economy, taxation and public policy evaluation.

David Rivero Leiva has joined the Department of Business. He received his PhD from the Autonomous University of Barcelona in 2017 and his research spans Banking and Finance. He has been a Research Assistant at the Barcelona Graduate School of Economics since 2015 until now.

Since 2011, 32 postdoctoral researchers have joined the Faculty of Economics and Business at the University of Barcelona. The promotion of an international and open recruitment policy is one of its main objectives. With this, the centre aims to attract the best junior researchers and improve its research and academic standards.